Spooning Goats Takes Over Where Mojo Left Off

A bar more akin to a licensed living room, Spooning Goats might raise eyebrows with its name, but with its boutique beers, gourmet pies and retro video games it’s just good clean fun. 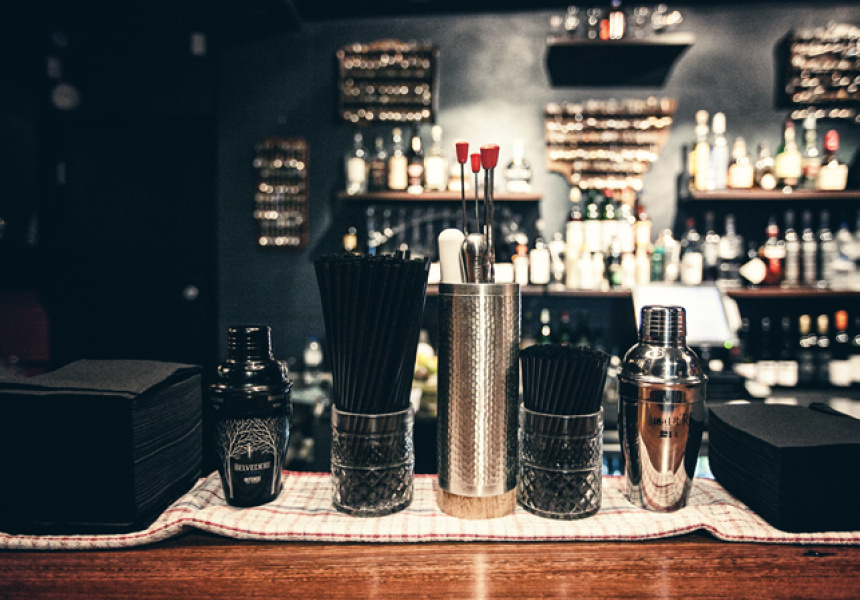 Inhabiting the old Mojo Music basement is a little bar that goes by way of the name Spooning Goats. Having opened in late June, the place is already drawing a buzz thanks to the hard work of owner Jason Newton. A cursory glance tells you that it’s very committed to the retro and pre-loved fit-out, consisting of vinyl furniture, a few citrus hues and wallpaper oddly reminiscent of ‘Magic Eye’ images. Future plans for the space include live acoustic sets and free showcases for emerging artists, so there’s a definite affinity for the local community here.

The menus tell of a very apparent local emphasis too. The drinks list is brief but boutique, having been drawn only from microbreweries located in NSW. There’s a noticeable preoccupation with cider here and Lobo’s cloudy options are tantalising tipples, although the ginger beers make a nice alternative (and yes, there’s alcohol in them).

Tasting plates are on offer, but the homemade pies are flaky and flavoursome affairs, which shouldn’t go untested. They’re served up with commemorative teaspoons, which might be a reference to the origin of the bar’s name – or perhaps it’s just a wildly inventive way to prevent you from inhaling a pie in a minute flat.

A six-switch Atari 2600, complete with wood panelling, makes a suitable addition to the old-school digs (we even had to blow the dust out of the Space Invaders cartridge, just like back in the day). A pixelated video game showdown just adds to the sense that this place is your living room away from home, rather than a bar – and in the CBD it’s a good card to keep up your sleeve to play after work.