A South Coast Micro Dairy Has Opened an Ice-Cream Shop In Sydney, Churning Bush-Inspired Flavours Made With Native Australian Ingredients 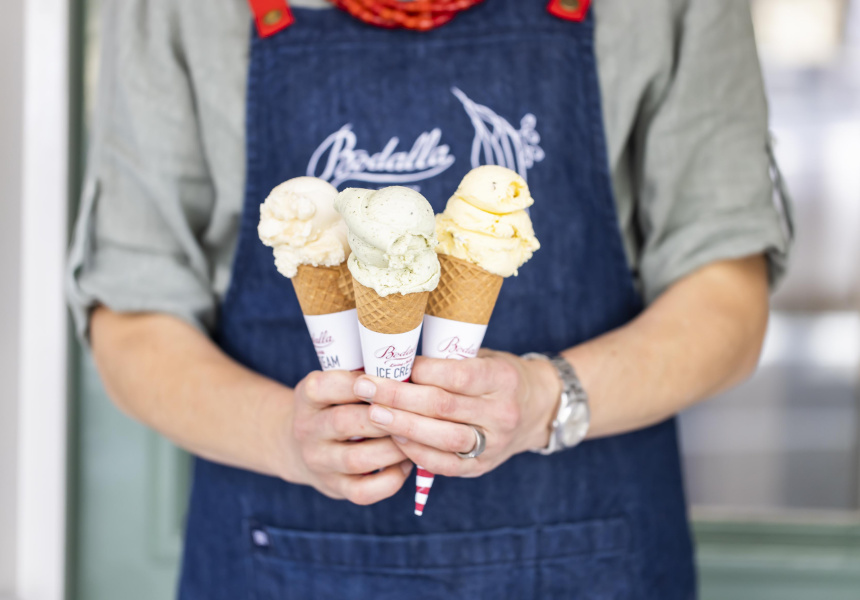 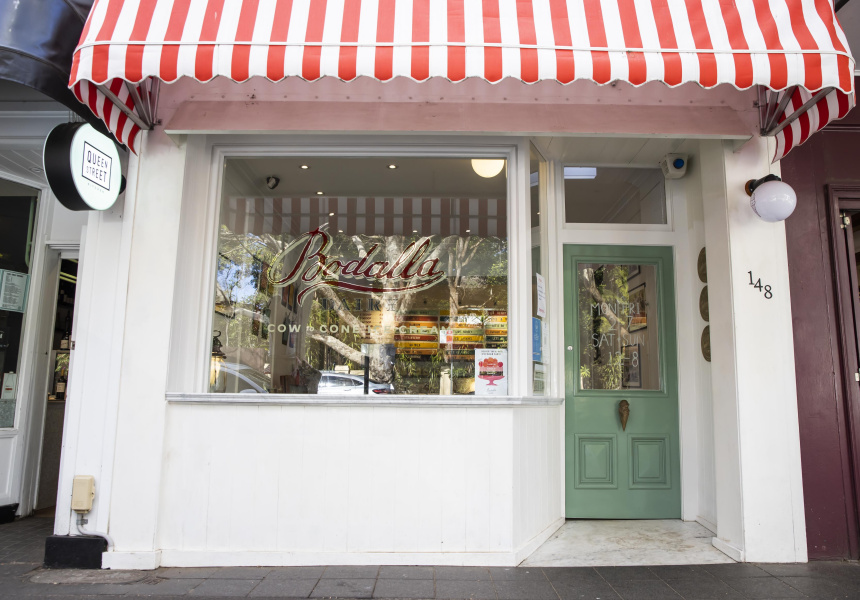 There are only a handful of Australian dairies still making milk the old-fashioned way – at low temperatures in small batches from a single herd of cows. One of them is Bodalla Dairy, a road tripper’s favourite pit stop in Eurobodalla, about five hours’ drive south of Sydney.

Now the famed dairy has opened an ice-creamery in Woollahra, in a former fish’n’chip shop on Queen Street. The store’s manager, Jane Stuart, tells Broadsheet that milk made the old-fashioned way makes a remarkable difference to the flavour of ice-cream. “Gelato is so popular in Sydney, but there’s hardly any ice-cream,” she says.

Bodalla Dairy’s “cow to cone” ice-cream starts life on Stuart’s family farm in Bodalla. Milk is collected and then pasteurised at 63 degrees Celsius in a large vat on-site. The result is award-winning dairy products – Bodalla Dairy counts a string of gold awards from the Royal Agricultural Society of NSW – including cheese, “living” milk (the probiotics, enzymes, fats and anti-inflammatory chemicals are intact thanks to the low and slow process) and ice-cream.

Bodalla Dairy’s milk is also used to make ricotta, yoghurt and fresh cream cheese, which is churned into its muntrie-berry-cheesecake flavour. “We use so much fresh and clotted cream in our ice-cream,” says Stuart. “Unlike gelato, the milk-fat content of our ice cream is 14 to 15 per cent,” she says.

Bodalla’s milk is unhomogenised, and the added ingredients are often gluten-free. “We have a lot of lactose-intolerant customers who can drink our milk,” says Stuart.

Stuart’s mother, head ice-cream maker and owner Sandra McCuaig, personally drives the ice-cream up from Bodalla each week. “There’s no way Mum could wait for summer,” she says. “We’ve been planning to open a business in Sydney for a long time.”

Opening in winter didn’t seem to impact Bodalla Dairy’s sales: “We’ve already run out of strawberry [flavour],” she says. Alongside the strawberry, which is made with fresh strawberries, there are other classics including Nutella, salted caramel and milk chocolate. But the really interesting ones are those made with native ingredients, such as wattleseed, lemon myrtle and muntrie berries.

How did the diary get into ice-cream making? “We invited two Italian students of the Gelato University [in Bologna] to come to Bodalla to teach us how to make ice-cream,” says Stuart. So it’s made the Italian way, but with a higher fat content than traditional gelato. “People often eat a whole tub and tell me they feel really good about it.”