Each Friday and Saturday night you can eat dinner and help keep the asylum seeker and refugee staff employed. 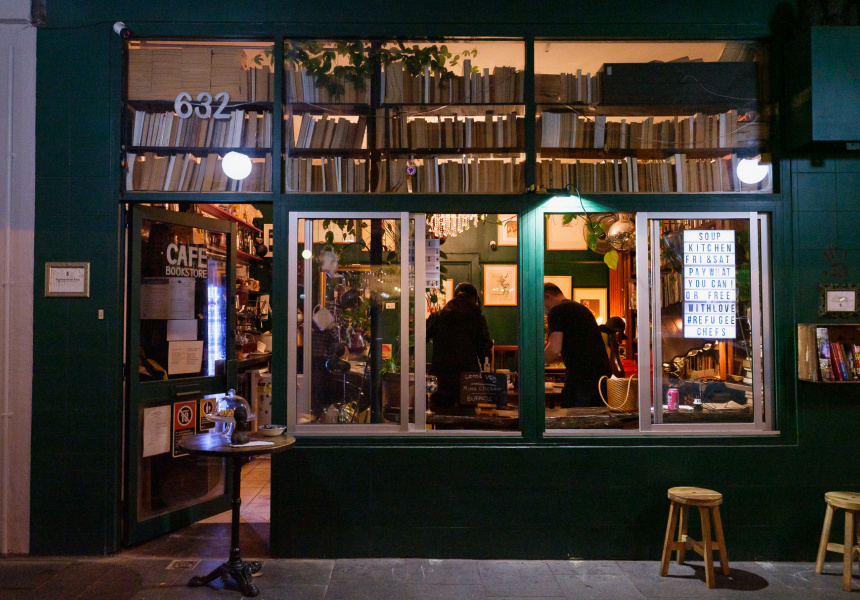 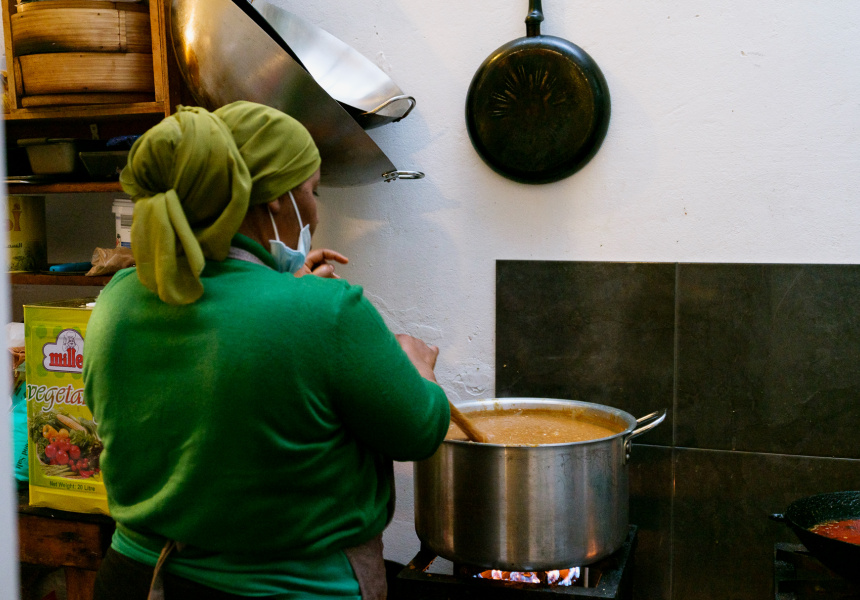 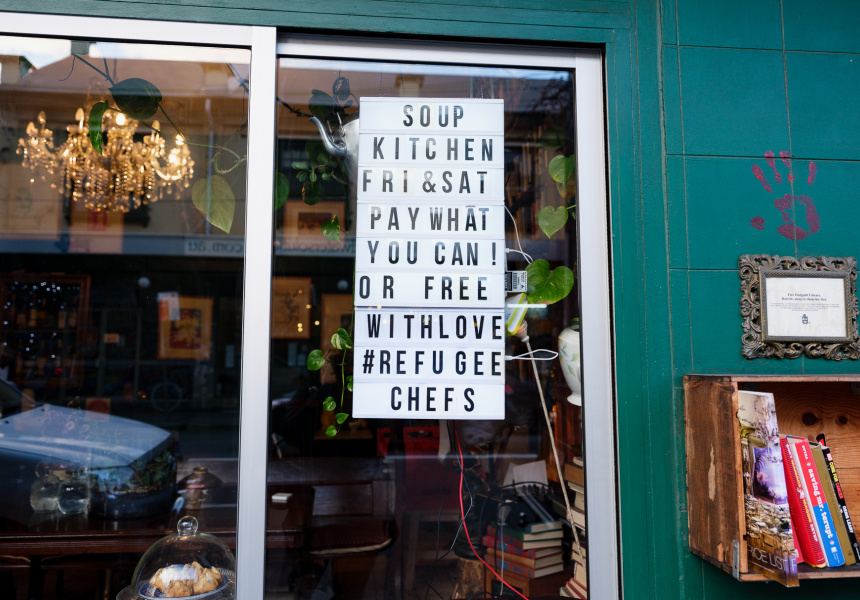 Keeping a catering business alive during Covid times is tough enough. But then consider Parliament on King’s other dilemma: most of its staff are asylum seekers and refugees who don’t qualify for government subsidies. “We don’t have a pivot,” says Ravi Prasad, co-owner and frontman of the Erskineville social enterprise cafe. “Within about 10 days we went from having the most wonderful year we’ve ever had to the worst year of our lives.”

In desperate need of a plan, Prasad and his wife, Della, set up The Soup of Human Kindness, a pay-what-you-can fundraiser (meals are free for anyone who needs them) soup kitchen running every Friday and Saturday night. All proceeds help pay their staff and make more soup. “At least we’re doing something useful, and it keeps our team together; it makes them feel like they’ve got something useful to do,” says Prasad.

The menu varies from week to week. When Broadsheet visits, it’s Burmese chicken and vegetarian options made by Sally, a Burmese refugee who’s been working at Parliament since 2017. “It’s all my recipes … I had a family run business in my country,” she says as she stirs the big steaming pots with colleague Batouly, originally from Guinea. “This one is very important for the chicken soup,” Sally says, pointing to a wok full of red gravy as the smell of curry leaves permeates the air.

Contrary to Prasad’s expectations, the fundraiser took off, raising half of its target within the first 24 hours. “I was touched – it meant that this was possible, that we can make this happen,” he says.

It has also attracted new volunteers and brought an unexpected sense of meaning and camaraderie for all involved. Karim, a graphic designer by trade, has been delivering soups to Martin Place in the city for people who live rough, while his partner Kirsty makes the accompanying sourdough. “I’ve now come in a couple of times to help out, which has been really good with everything going on. Being stuck in the house has been kind of grim, so it’s nice to come out and help people,” says Karim.

Now the fundraiser is ticking along, Prasad is feeling the weight of responsibility. “I thought, ‘Oh shit, I’ve got to lift my game.’ So I’ve been trying to figure out who needs what and how to get it there.” For now, the kitchen is making 200 to 250 soups a week and distributing them to charities such as Launchpad, a youth homeless hub, and the Bayside Women’s Shelter.

“This also reminded me of what I’ve always known: nothing that we’ve done here is a product of some superpower of myself or Della or anything,” Prasad says as we eat our earthy, soul-warming and delicious soup. “We exist because there’s a community, and we’re only as strong as the community around us.”

The Soup of Human Kindness runs on Friday and Saturday nights from 5pm to 8.30pm or so. You can also support the fundraiser directly by donating via Facebook, or reaching out to Prasad with charity suggestions.