It’s not the thickest and it’s not the richest, but it doesn’t want to be. Chase Kojima’s Sokyo Ramen is light, luscious and brilliantly executed. 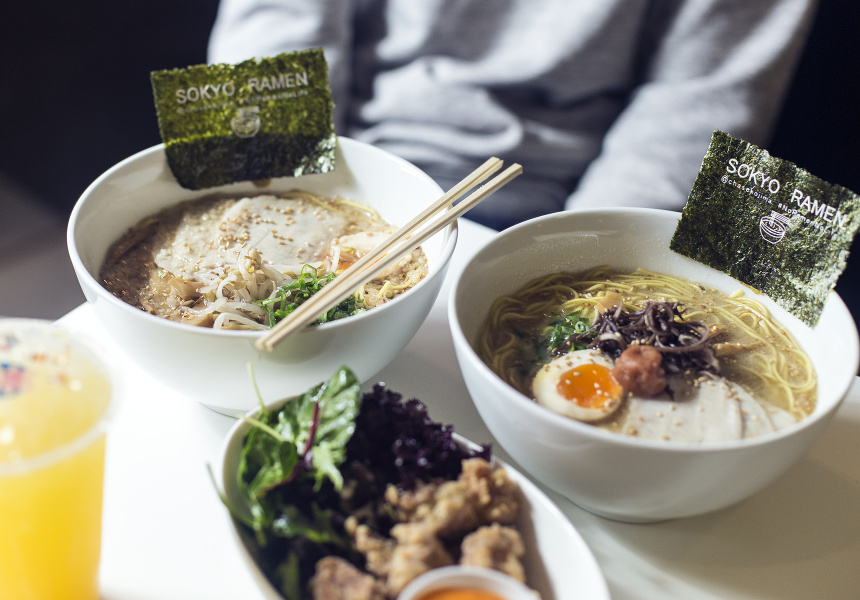 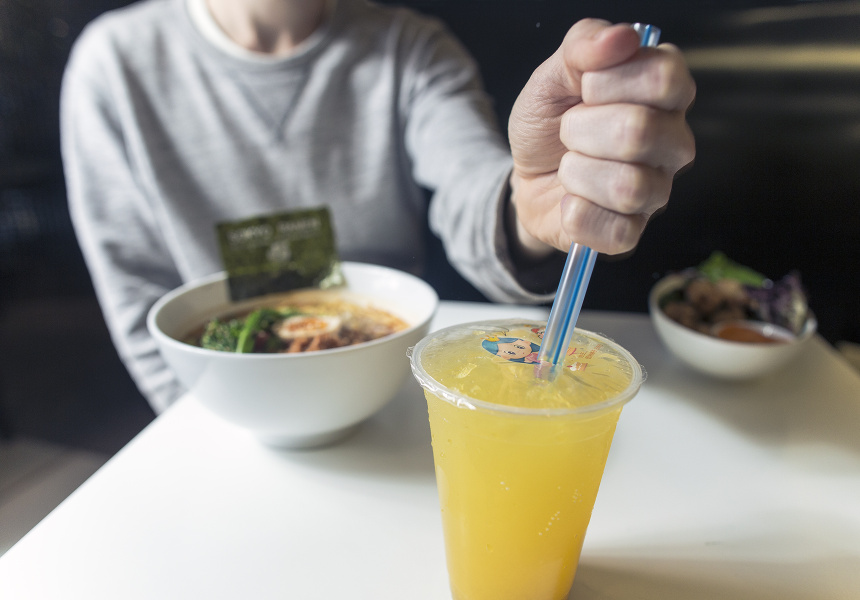 For more than a year, Sokyo’s head chef Chase Kojima has been running to Chinatown to get a ramen fix. “We don't get much break time, literally 20 or 30 minutes,” he says. “We'll go there, order it, eat it, and run back frickin’ full.” Clearly, this state of affairs was not satisfactory, so he came up with a simple solution; open his own ramen shop.

With the plan in place, he set out on a research trip to Japan. “I started calling all these suppliers I use. I went directly to their science labs where they wear all these funky masks. I learnt so much about umami,” he enthuses. “Umami can go in 50 different directions. It's so deep.” With the wide-eyed fervour of a prophet who’s just spoken to God, he describes umami extracts, making experimental ramen, the order of how flavour hits your palette, a mind-blowing salt-free soy sauce, and talking and drinking late into the night with Japanese umami gurus. “No one knows this stuff, man, it's like secret stuff. They don't want to tell you too much. I learnt so much over there. So much secret stuff.”

The experience became the sculptural tool for his ramen shop. As well as learning intricate ways to create and apply umami, Kojima had an epiphany about ramen style. “We were getting a bit drunk and talking about all the shitty ramen in the world. What they told me is that ‘ramen in Japan is shit, it's just getting thicker and thicker. It's about who's making the heaviest ramen.’” The same trend exists here, with different ramen stalls competing over ridiculously intense tonkotsu broths. Instead, Kojima thought, “Let's try to rewind a bit and make some real flavoursome, light dishes.”

The best expression of this is Kojima’s zesty yuzu ramen. His chicken and katsuobushi (dried fermented tuna, also known as bonito flakes) stock is mixed with a squirt of yuzu juice and topped with rocket, yuzu oil, yuzu powder, a marinated egg and a pork cheek chashu. His tonkotsu is thick and packs a punch, but in an entirely different way to the classic 20-hour stock. Kojima cooks his for eight hours, which he says isn’t enough to get the requisite umami and thickness, so he adds pureed potato and chicken to each order and tops the bowls with a pickled plum. “It tricks the people. It’s still super light but with enough body and flavour for a tonkotsu ramen. It's also much healthier.”

Kojima says he’s thrilled at the pop-up’s progress but is unsure how long it will last. He hints at some other ideas he’d like to work on, including some gluten-free and vegetarian ramens. “I wanna give opportunity to give all my guys to always do something different, keep it interesting. If I ever have another opportunity to do another pop up I'll definitely do it.”