A Catering Company with a Conscience

Refugees and asylum seekers cook the food and an extra portion is made to give to people who are homeless. 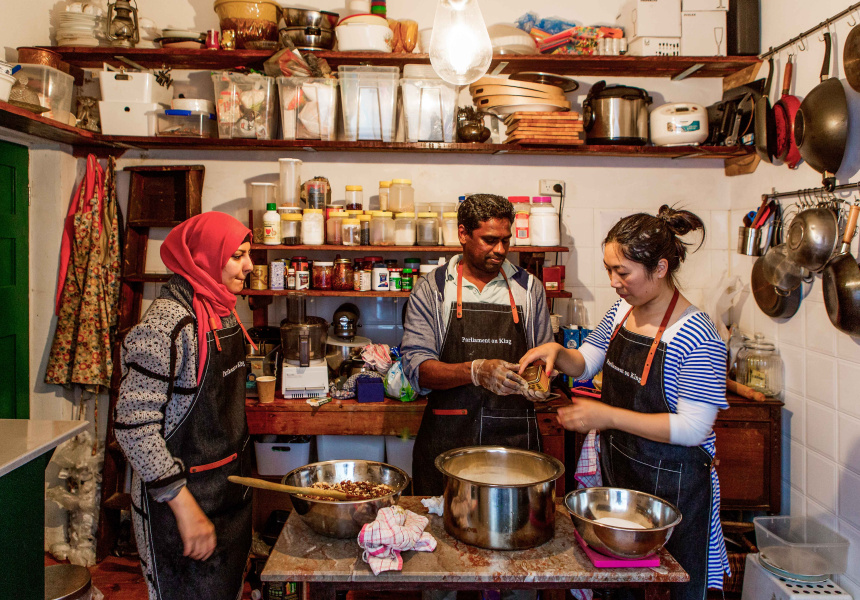 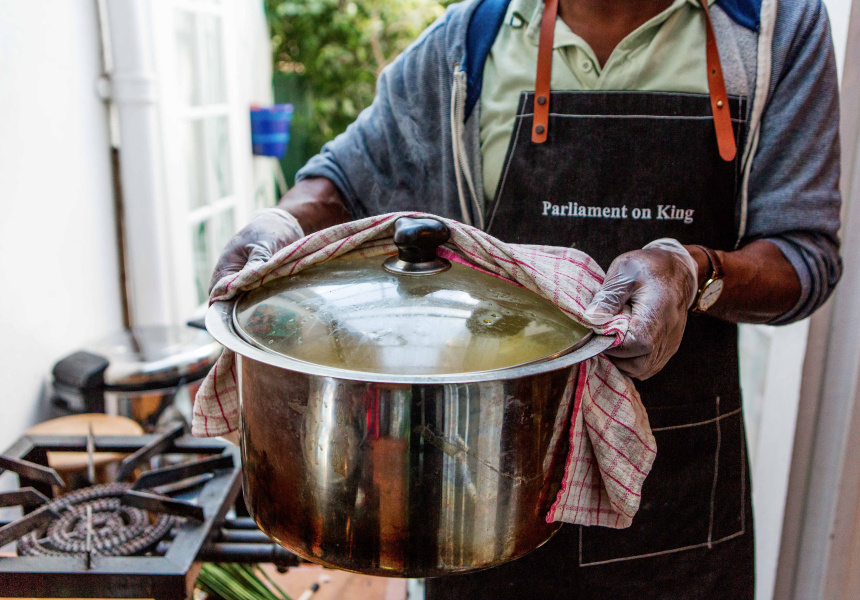 On King Street there’s a kitchen full of refugees and asylum seekers getting experience and training. But they aren’t there only to receive help themselves. They’re making fresh, home-cooked food for people in Sydney who are homeless.

The enterprise is Social Catering and it’s run by a Newtown cafe, Parliament on King. The idea is in a trial phase: 10 per cent is added to the bills of the company’s catering clients and Parliament on King uses that money to make extra food for people in need (covering any extra costs and labour itself).

The social enterprise needs more customers on board. “It would be great if we had enough clients to do it on a regular basis,” says owner Ravi Prasad. Regular clients will make setting up a distribution service easier, will provide more paid employment for refugees and asylum seekers, and result in more meals out on the streets. At the moment the cafe can only do it occasionally but it wants to make it a part of every catering job it takes on.

The catering initiative started as a way of helping refugees. Prasad thought up the catering arm of the business as a way to provide paid employment to some of the refugees he was training in his cafe. The idea to add on helping homeless people wasn’t Prasad’s, but one of his employee’s.

Two-and-a-half years ago Natasha was among the first group of refugees and asylum seekers Prasad trained. She is still involved in the cafe and the catering team. In June this year she spoke with Prasad about her concern for the homeless people she sees on her trips to and from work. “Even though she’s in a great deal of need herself,” Prasad says, “she’s thinking of local Australians around her.” She asked Prasad if they could do something about the issue, suggesting they feed these people themselves.

They took the idea to a regular client, who agreed to the 10 per cent surcharge. Not long after that the business’s first trial delivery took hot Iraqi pastries to homeless people in various parts of Sydney. Though they’d delivered surplus food from its catering before, this was different. The food was fresh, hot and made especially for the people receiving it.

Prasad also sees the endeavour as a way for the refugees and asylum seekers he works with to connect with the wider Australian community. “The food represents the origins of our refugees and asylum seekers, Prasad says. “A lot of them are from really rich food cultures.” That includes Iraq, Iran, Syria and Somalia. Recent catering has featured vegan and gluten-free Burmese cuisine.