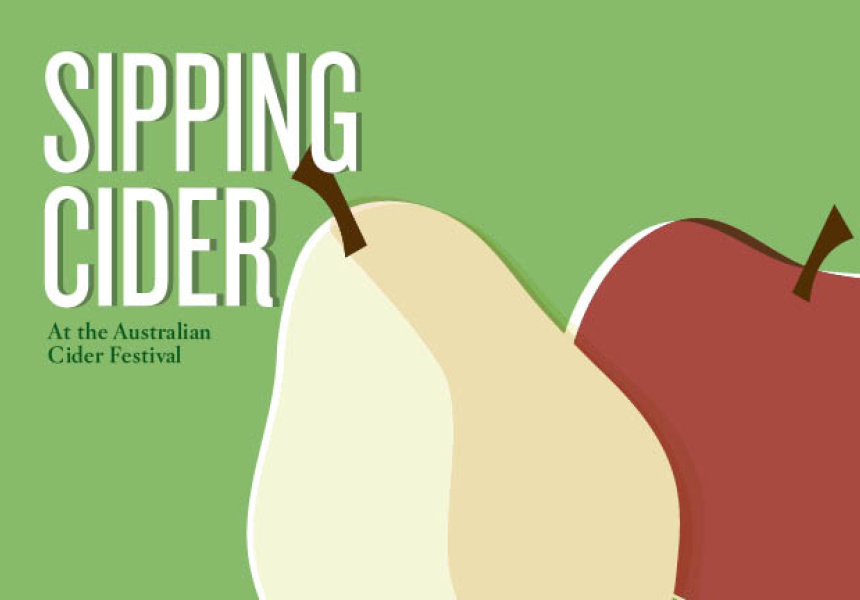 Nothing says summer like cider. And while technically it's still spring, the recent warm weather has us thinking of long and lazy days in the sunshine – days that are tailormade for cider drinking.

If this sounds appealing, get on down (or board the ferry) to the first ever Australian Cider Festival at Hotel Steyne in Manly. Brought to you by Cider Australia, the event will see over 20 local and international cider brands setting up shop to give you a taste of their product, explain the cider-making process and give you hints on how to best enjoy your sparkling apple drink.

Cider brands such as Batlow Cider, Flying Brick Cider, Hills Cider, Lobo Cider, Lost Pippin Cider, Redoak Brewing and Tilse’s Apple Truck Cider will all be represented at this event, giving you an opportunity to try some new flavours and sample some ciders that you won't find down at your local. [fold] Rich Coombes from Batlow Cider, a key player in organising the festival, credits cider's resurgence with its popularity in the UK (where 50 per cent of the apples grown are for cider making), which in turn has influenced countries like Australia. “There was also a lack of quality cider widely available in Australia, however this has dramatically shifted in the last two years with plenty of high quality options now available across a range of styles,” he says of Australia's cider scene.

Coombes also says that the Steyne is the ideal venue for such an event. “They have been huge champions of the local cider industry, having launched their Moonshine Cider & Rum Bar about 12 months ago. So we just thought let's bring together as many cider makers as we can, play some great Australian music, create a cider-matched food menu in a great beachside pub.”

In addition to the producers' stalls, local bands and performers such as Beaten Bodies, Frank Sultana, Kate Martin, Nick Saxon and Little Bastard will entertain festival-goers as they sip their ciders.

The Australian Cider Festival will be held on the Ocotber 13 and 14 from 2pm to 6pm, downstairs at Hotel Steyne, Manly. Entry is $25. Tickets available from Moshtix.