It’s serving “a treasure box from the sea”, which highlights the best finds from the markets every day, as well as sashimi and chirashi boxes. And during lockdown (and beyond) it’s open for takeaway. 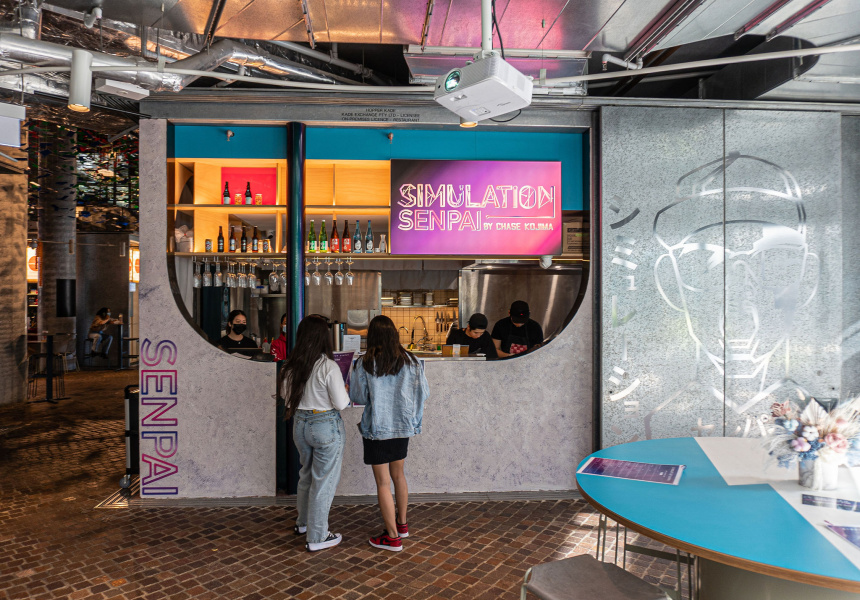 This is why Chase Kojima moved his hugely popular Japanese pop-up Simulation Senpai from Tramsheds in Forest Lodge to its permanent home in Kengo Kuma’s (admittedly very sexy) spiral building, The Exchange in Darling Square.

“It looks so cool from the outside, and I love my location inside,” says the Sokyo executive chef and Chuuka head chef. “It’s a little hidden, but super close to everywhere.”

Sexy is also a good word to describe the food he’s serving, which highlights super-fresh sashimi and chirashi (sushi rice topped with sashimi).

Take the hoseki bako, or jewel box – 15 pieces of seafood that could include bonito, tuna, uni (sea urchin), hotate (scallops), salmon belly and ikura (salmon roe), depending on what’s looking best at the markets that morning.

“It’s the treasure box from the sea,” Kojima tells Broadsheet. “I personally hand-pick fresh fish and seafood of the day in one box, with lots of my secret garnishes and sauces.”

Other dishes on offer as part of his “fast fine dining” concept include zenbu don (12 slices of tuna with varying levels of fat, served over rice); salmon and scallop served over steamed rice, with umami miso mushrooms and baby cucumbers; and grilled jumbo king prawns with a tempura egg over rice.

“In Covid people didn’t have options, so I was the only business that was doing high-end Japanese takeaway in Sydney, doing my best with sourcing produce and presentation,” he says.

Simulation Senpai takes its name from the phrase “notice me, Senpai”, which is used by anime and manga fans to seek attention from someone they admire. The eatery’s appeal has endured well beyond the initial days of iso-dining and into today’s lockdown. And it’s very different to the fine-dining atmosphere of Sokyo.

“Busy people like myself can eat great food, but it doesn’t have to be in a three- or four-hour atmosphere,” says Kojima. “At Senpai, they can dine in but can also go and eat anywhere they want. The food is designed with the thought of not being eaten right away, so it can easily be eaten as takeaway.”

But once lockdown lifts there’ll be plenty of reason to eat in, thanks to a futuristic design referencing anime and Japanese fashion.

“It’s cyberpunk in the future,” says Kojima. “Darren Kong, my interior designer, did an amazing job in the short time frame, and also Ruth Lee, my graphic designer. We are just having fun trying to make cool stuff.”

Sydney is currently in lockdown. Masks are mandated in public indoor spaces. Public gatherings are banned and minimal social contact is recommended. If you have concerns about visiting businesses or public spaces, or questions about self-isolation or coronavirus testing, check out the latest updates from NSW Government. 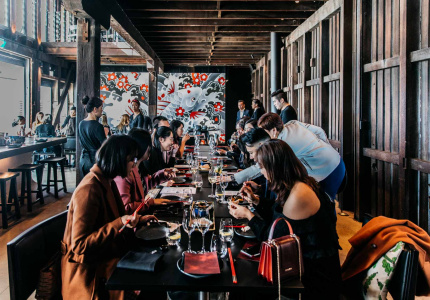