Specialty coffee and barbequed meats on the weekend. 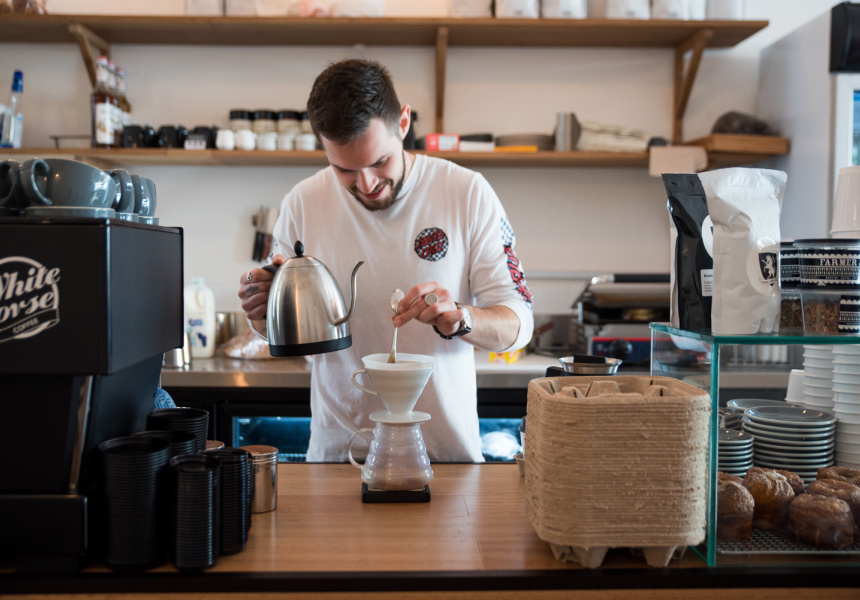 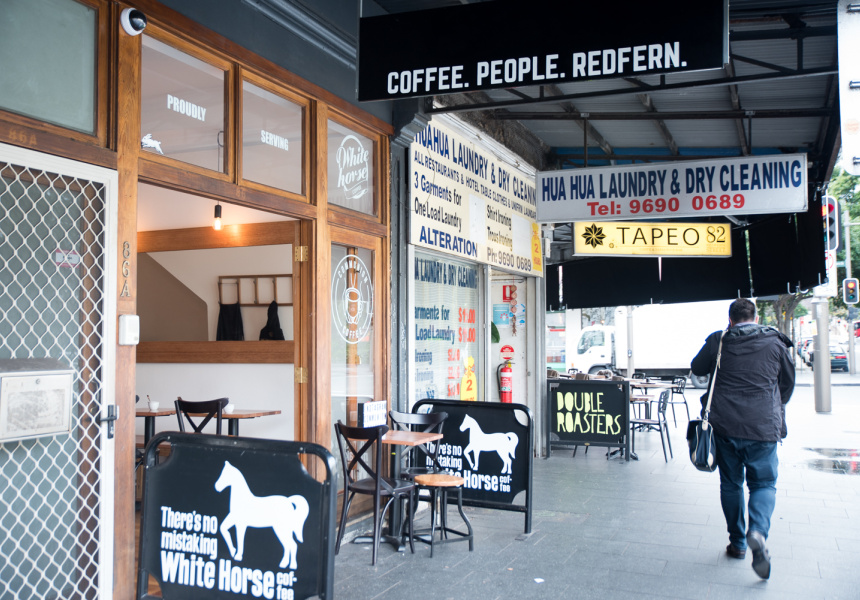 “My bosses at White Horse pushed me to open my own place. I found that Redfern had a great, eclectic community, something I wanted to be a part of.” Lane, as a proud ambassador of White Horse beans, has kept his cafe purposefully minimal. Coffee is the main attraction, so like the bare wooden interior, the weekday menu consists of just caffeine, cronuts and a rotating sandwich and salad. On the weekends, though, Lane and Thompson are experimenting with something a little different.

“Coffee and barbeque meats hasn’t really been done around here before, so we thought we’d give it a go.” Last weekend was the first trial run, with an eight-hour 12-spice beef brisket and smoked mushroom rolls. “The phrase around here is ‘smoke everything’. We’re talking about smoking all the vegetables that go in our sandwiches. Why not smoke the coffee?” Lane and Thompson both laugh but they’re only half joking. The smoking is still in the experimental phase. So while they’re not going to be smoking beans to drink, maybe they’ll do a coffee-rub brisket, some pork neck, a stack of ribs or even a smoked cronut.

The other idea they’ve been flirting with is a monthly “eat what you give” community dinner. Lane and Thompson will decide on a menu and put up a list of ingredients for locals to bring. “People bring the ingredients and they get a ticket to the dinner. Everyone can come in and drink some wine and eat what they’ve put in themselves.” The use of the word ticket is a bit misleading – the whole exercise is going to be completely free (apart from the groceries you bring). Communion Coffee won’t make any profit, it’s just keen to get involved in the local community. 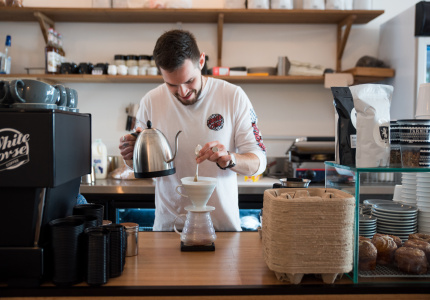 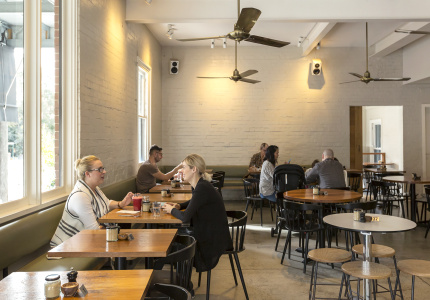