Jacks East serves just two burgers (plus chips). And while the original inspired hour-long queues, this time its owner is prepared for the crowds. 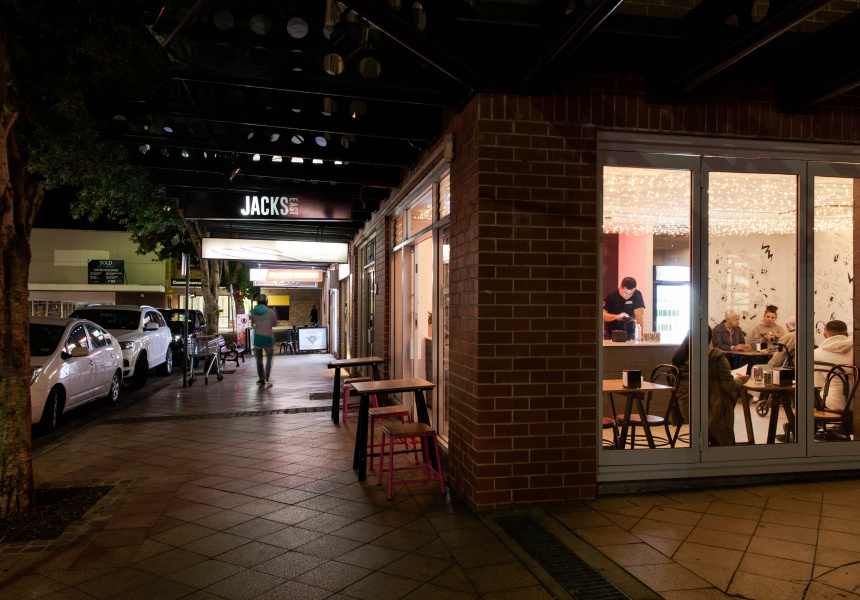 When Jacks Newtown opened in 2015 – at the peak of Sydney’s burger hype – it didn’t take long for the masses to start lining up outside the door. Sydneysiders were eager to try the burgers that were loosely based on cult American burger chain Shake Shack. But despite the hour-long queues, Jacks suddenly closed in 2017.

“I was pretty gutted,” he tells Broadsheet. “It was my first business and you make mistakes. No start-up is easy, but the experience really taught me a lot.”

With those lessons under his belt, two years spent reflecting and planning his next steps, and the realisation that burgers are what he does best, Fonteyn has quietly reopened Jacks, this time in the eastern suburb of Rose Bay.

“I’ve pretty well always lived or worked in the east; I live in Bondi and one of my first jobs was working at the Watsons Bay Hotel. You tend to want to have a business in an area you know best,” he says.

“I also researched the market to see where the gaps were. Rose Bay itself has seen a lot of change in the food space and it responds to what the market wants. There was no dedicated burger outlet, [so] I thought locating [to] Rose Bay was a good fit.”

At Jacks East, Fonteyn is once again serving only two burgers: a cheeseburger (with or without cheese, plus the option of bacon or an extra patty) and a vegan burger. There’s just one side – crinkle-cut fries.

The neatly built cheeseburger sticks to the same simple recipe as Jacks Newtown: two yellow-tinted, medium-soft buns are packed with a hand-rolled patty (made from meat from Bondi butcher Field To Fork), layers of melted cheese, a house sauce, lettuce and tomato.

But not everything is the same. Fonteyn has done away with the milkshakes and frozen custard. Instead, the drinks fridge is filled with La Croix sparkling water and Aqualove alkaline water.

The decision to keep the menu simple comes down to one thing: quality control. “The product is exactly the same,” he says. “The difference here is being able to focus on the quality, and that was 100 per cent my intention when I opened Jacks Newtown, as well as being able to engage with customers, whereas before it was just go, go, go.”

The fit-out is familiar. There are the same black-and-white cartoons on the wall, and the neon burger sign that hangs against the chalkboard menu is from the inner-west predecessor. Fairy lights are strung across the ceiling, but apart from that, it’s essentially just a counter, a few tables and chairs.

Fonteyn reckons the market has become more fickle since his Newtown days. It’s a reminder to stay humble, honest and locally focused when it comes to making burgers.

“The industry has become more specialised and competitive, so you need to stay true to what you do best by offering the best quality and freshest ingredients, while being aware that you’re not just competing with the burger industry, but everyone else with a dine-in or takeaway offer,” he says.

“You need to make sure quality is consistent no matter how your customers consume it – in the restaurant, on the beach, at the park or at home.

“You also need to think local. People are loyal to a local business they can rely on to consistently deliver them what they want, which in Jacks East’s case is delivering the best burgers and fries.”

And if the crowds do come, Fonteyn assures, “we’re more prepared for it”. 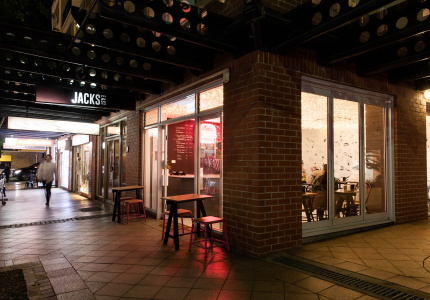 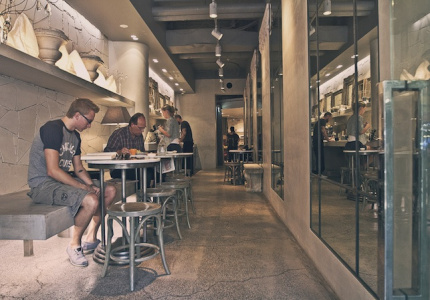