This year’s top picks include a cinnamon scroll and HCB hybrid, a gluten-free number and a sticky frankincense glaze that’ll aromatise your kitchen for days. 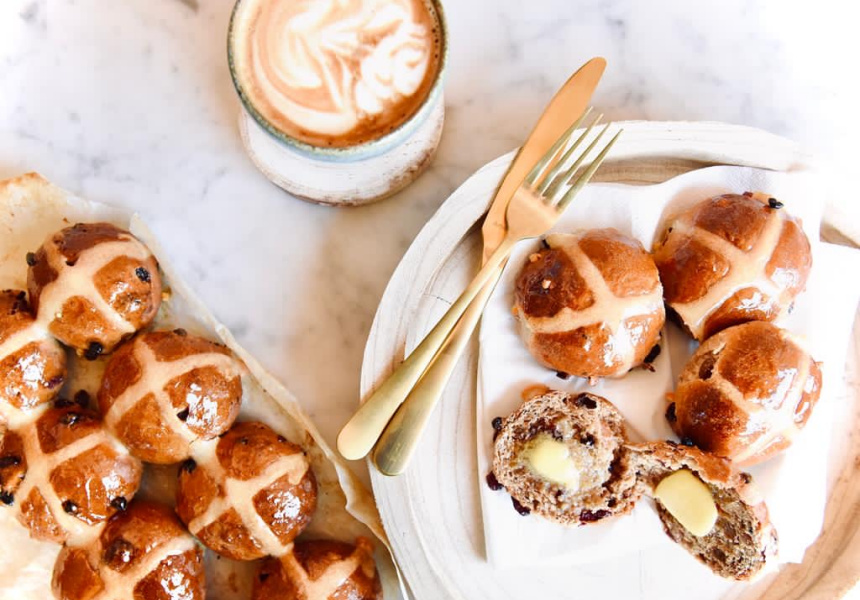 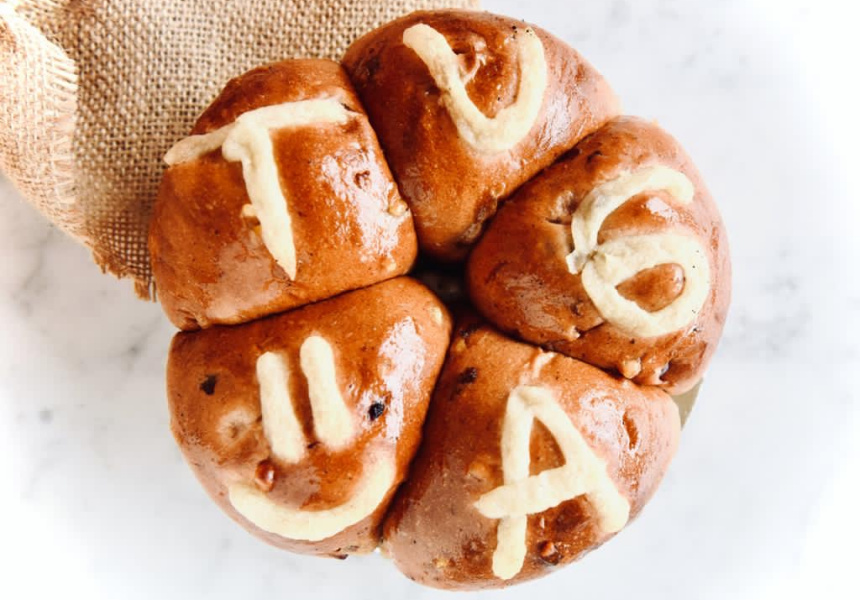 Once upon a time you used to have to wait until autumn hit to get a hot cross bun fix. These days, they line supermarket shelves in sad plastic bags from Boxing Day – but we still reckon they’re a treat best savoured on chilly autumn mornings in the lead up to Easter, with a pat of butter slowly melting on a toasted (or microwaved) bun. From a frankincense-glazed beauty by a cult bakery to a gluten-free bun that’ll impress those with gluten intolerances and the gluten-loving alike and myriad varieties (including choc-chip, apple-cinnamon crumble and classic fruit), there’s loads to love in the HCB realm this year.

Black Star Pastry, Newtown, Rosebery, The Galeries and Entertainment Quarter
The sticky frankincense syrup coating Black Star Pastry’s pillowy, orange peel- and spice-packed hot cross buns lends a sweetness to the classic. Plus, they’re vegan so (almost) everyone can enjoy them – the group plans to make around 15,000 buns this season, so it shouldn’t be too hard to get your mitts on one (or a dozen). $4.50 each or $25 for six.

Stix, Marrickville
This delightful inner-west cafe is generating a reputation for pastries and loaves that are equal to its outstanding breakfast and lunch menus. It’s fitting, then, that its HCBs would be just as upper-crust. It’s selling three varieties: classic fruit (a special spice blend, Earl Grey-macerated fruit and house-made candied orange); chocolate; and apple-cinnamon crumble (two types of apple mixed with vanilla and cinnamon, and muscovado crumble). Fancy. $4 each, or $20 for six.

Nonie’s, Botany, Carriageworks Farmers Market and Northside Produce Market
Bready goods might seem off-limits to people with coeliac disease – but not if Nonie’s Food founder Nonie Dwyer has anything to do with it. She’s perfected a gluten-free HCB that’ll make the gluten-intolerant community’s Easters great again. There are two options: classic, with organic sultanas, candied peel and loaded with spice, and dark 70 per cent chocolate with a cocoa cross. They’re available at Carriageworks Farmers Market on March 27, Nonie’s Botany warehouse on April 2 and Northside Produce Market on April 3. $15 for four classic; $16 for four chocolate.

Flour Drum, Newtown
Sticklers for tradition, turn away – Newtown’s Flour Drum has created a cinnamon scroll-hot cross bun mashup that it’s fittingly deemed the “hot cross cinnamon bun”. It’s got a cinnamon scroll-esque swirl on top, but is trad HCB inside. Taste and texture-wise, it’s like a traditional hot cross bun and packed with cinnamon and sultanas. They’re available from today until April 5. $5 each.

Tuga Pastries, Clovelly
This eastern-suburbs bakery might be best known for its pasteis de nata – but it also makes a mean hot cross bun come Easter. Owner Diogo Ferreira makes them according to his father’s recipe, with sultanas, lemon peel and lots of spice. There’s also a chocolate version, and if you really love a hot cross bun, he’s selling them by the wheel as well. $4 each.

Brickfields, Chippendale and Marrickville
Stippled with plump fruit and coated in a glaze so thick it’s almost crunchy, the hot cross buns from Brickfields are pretty close to perfect. Cardamom and Sri Lankan cinnamon give these buns a good thwack of spice, while cranberries, raisins and candied orange peel add depth and variety of flavour. Add salted butter – such as the Pepe Saya pats Brickfields sells at its Chippendale and Marrickville shopfronts – and you’re in for a salty-sweet delight. $20 for six. 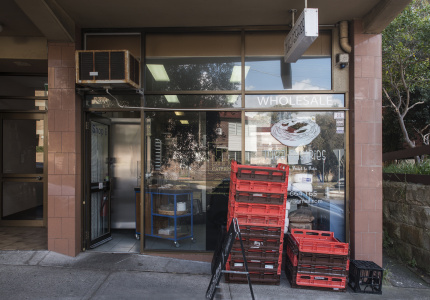 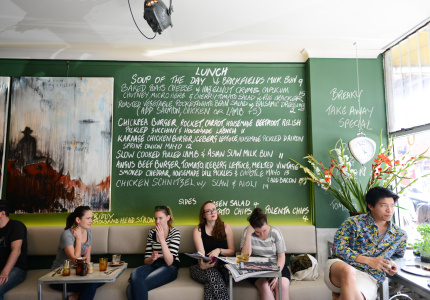