Seven Australian Spirits You Should Have in Your Home Bar

Locally made spirits are on the rise. 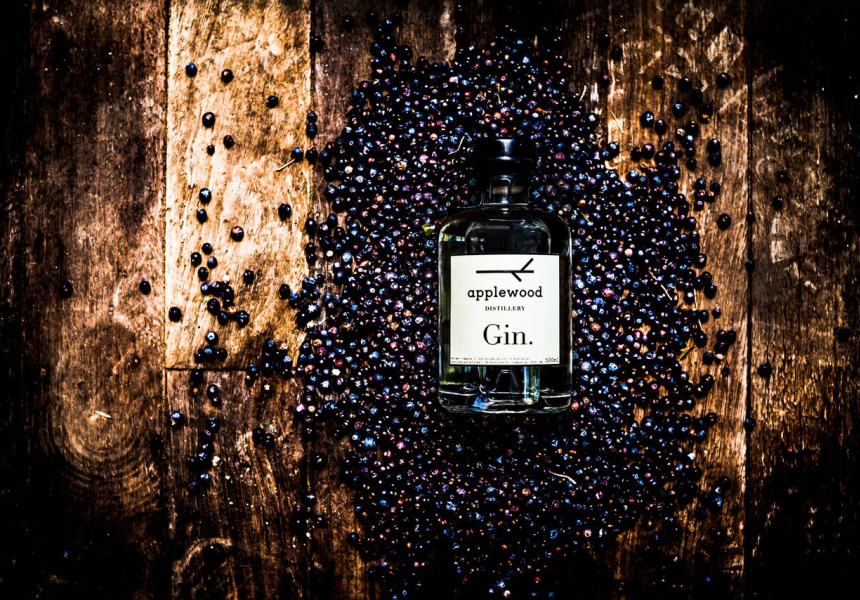 There’s never been a more exciting time to drink Australian spirits. The past few years particularly have seen new producers and winemakers-turned-distillers tapping into native ingredients, from lemon myrtle to coastal daisy bush, to create spirits that truly stand up on a world stage. These are some of the best you should have on your bar shelf.

One-hundred per cent organic and made using Hunter Valley rainwater, which is put through a reverse osmosis (or just a fancy word for a water purifier) tank, to create a pure water base for the spirit. Small Mouth Vodka is a wheat-based vodka made by friends Chris Payton and Rohan Rivett. A labour of love, it’s distilled nine times and filtered through charcoal three times to create freshness and neutrality with just a hint of lemon character.

What happens when a bunch of brewers try their hands at gin? Made in a brewery in Sydney’s inner west, Young Henrys’ Noble Cut gin has an unusual twist: hops. The hop used is called Enigma – it’s a new, Australian-grown variety that adds a complexity to the gin alongside Australian botanicals of pepperberry and bush tomato. It’s a gin for beer lovers.

After importing their still in 2012 and undertaking three years of trialling with different native botanicals, Brendan and Laura Carter from Unico Zelo winery in the Adelaide Hills landed on a winning combination of juniper berries, coriander seeds, angelica root, lemon myrtle, earl grey tea, lavender, vanilla, cardamom, macadamia and lemon/orange peels for their first batch of gin. A perfectionist at heart, Brendan came to the conclusion that “to make a good gin is easy – to make a great gin is really hard … Three years wasn’t just what we needed to create the spirit but that’s how long it took to find an identity.” There are now more than 16 different spirits available (some of the limited releases are gone in the blink of an eye). There are also 300 bottles of a super-secret spirit being released next year. Stay tuned.

With all their small-batch spirits bottled and labelled by hand, the labour of love from the smallest details shows in the quality of the KIS range. All their gins are made with Kangaroo Island’s own native juniper. Their premium O Gin uses Kangaroo Island coastal daisy bush, (Olearia axillaris), which is sometimes known as wild rosemary. With six different liqueurs also available in their spirit range, which uses a variety of ingredients and botanicals found on the island, KIS provides the opportunity to play around with uniquely Australian flavours during your next cocktail-making session.

Eleven botanicals, both local and exotic (such as macadamia, sandalwood, honey lemon myrtle and organic navel orange) are each individually extracted, distilled and then blended. Unusual additions of grapefruit peel and rosemary, which come from the Gembrook garden of distiller and winemaker Andrew Marks, build on classic foundations of juniper berries and coriander seed. Legend has it Marks did the first experimental batches of the gin in the bathtub of his apartment in Melbourne (a la Homer Simpson as the Beer Baron).

With a distillery that can boast a 24-year history, Lark Distillery is producing some of the best and most exciting whisky to come out of Australia. It is the brainchild of Bill Lark, a whisky lover who realised Tasmania had everything he needed to make award-winning, high-quality whisky. Tasmania has rich fields of barley, an abundance of pure water (being so close to Antarctica), highland peat bogs, and the perfect climate to bring all the ingredients together in delicious harmony.

They say good things come in threes, but for West Winds distillery in Margaret River it’s all about the number four. Four friends made four award-winning, distinctively Australian gins to rival the best in the world. In 2011 their dream came true with the first release of their artisanal gins: The Sabre, a London Dry gin, at 40 per cent with toasted wattle seed; and The Cutlass, at 50 per cent with kutjera (native bush tomato). Now with their higher proof gins, The Broadside and The Captain’s Cut, they have every gin scenario covered.