The whole gang is there: 72-hour sourdough, croissants, cakes and classic French canelés. 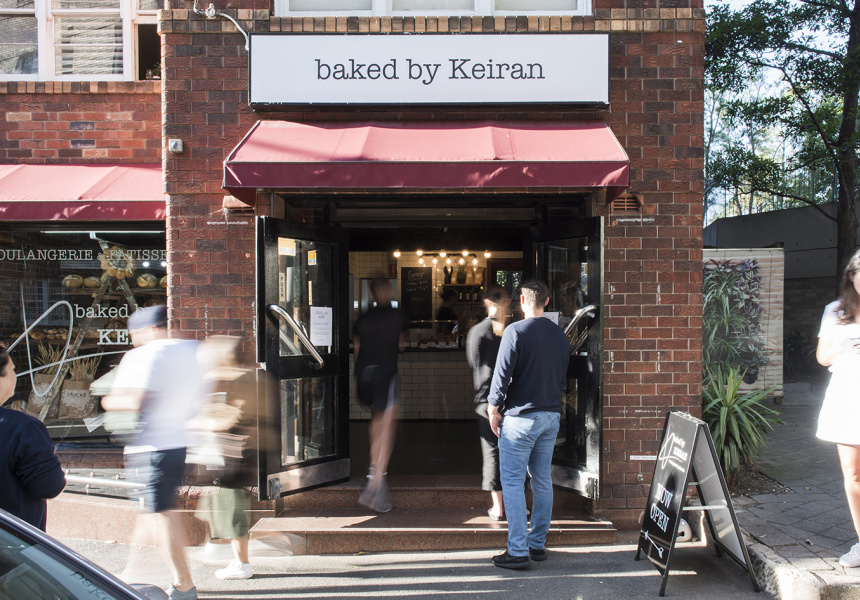 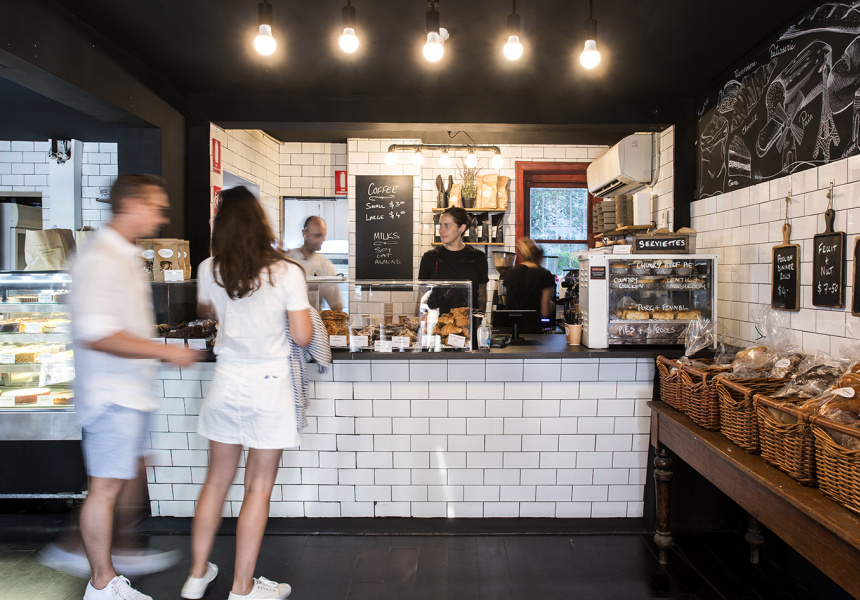 The number of sourdough loaves Keiran McKay, owner of tiny but popular inner-west bakery Baked by Keiran, sells is a good way to measure how busy he is. “When we first opened Dulwich Hill in 2018, we were only able to do 40 loaves a day,” he tells Broadsheet. Now, the French-trained pastry chef has opened a second shop in Elizabeth Bay, and will be sending closer to 300 loaves out the door across both stores.

That the sourdough is popular isn’t a surprise. McKay uses a 72-hour recipe that results in a slow-fermented, flavourful bread with a textbook chewy crust. It’s the result of a 12-year-old starter that he nurtured for six months before even beginning to bake with it. “The starter is very special to me. It’s delicate, and I let my staff know that. I wouldn’t give my own mother my starter,” he says, laughing.

The starter forms the basis for the bread and the popular viennoiserie – croissants, pain au chocolate and Danishes, which are all available at Dulwich Hill and Elizabeth Bay. The new bakery also sells McKay’s meat pies and sausage rolls, cakes and sandwiches, as well as canelé, a classic French pastry. Cylindrical, with a chewy custard-like centre and a deeply caramelised crust, the pastry’s flavoured with vanilla and rum. “It’s very moreish,” says McKay. “The outside is baked so dark and crispy some people think it’s burnt, but the French call it bien cuit [well done].”

The sunny, cheerful space on Elizabeth Bay Road was on the cards long before coronavirus lockdown knocked the country’s hospitality industry sideways. Although McKay’s wholesale business, which he launched in 2017, has struggled (most of its customers are CBD-based), his Dulwich Hill bakery has been thriving, which gave him confidence that a second location would do well.

“The layout of the business is takeaway anyway, so we’re well set up for this pandemic. We didn’t have to adapt much,” he says. Although the Elizabeth Bay venue has approval for a handful of seats, for now it’s just doing takeaway.

But having two shopfronts means he’ll have to split his time and let his staff run the show. He’s okay with sharing the reins. “I’ve got good staff; they’ve been with me for a long time and they know how things work. A lot of [my] chefs want to put their twist on things, but they have to go through an approval process. The recipe is the recipe.”

Doing things properly, according to the recipe, reflects McKay’s French training, but that doesn’t mean he’s stuck in his ways. “If someone can show me a better way to do something, I’m all ears. You never stop learning. The day you do that is the day you hang up your knives.”