With the Scandinavian Film festival currently underway, we thought it a perfect time to subject one our writers to a confronting Scandinavian delicacy. 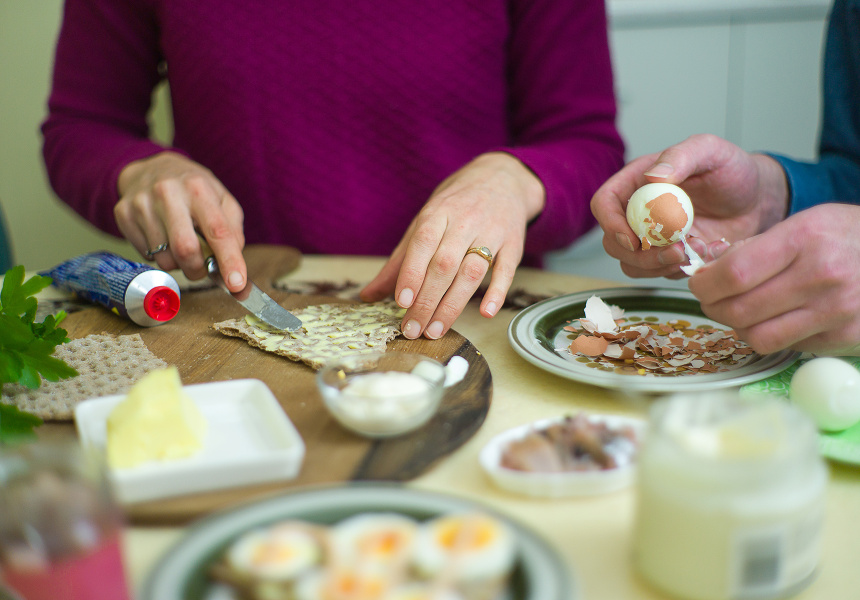 I’m not a fish person. I don’t order it at restaurants. I don’t admire their lifeless forms at the market. I don’t think about a pile of fish eggs minced together to form an edible pink paste that squirts from a cool-looking tube. I am therefore the perfect person to review such a product.

Kalle’s Kaviar, a blend of creamed cod roe, sugar, salt, potato flakes and tomato puree, is considered a delicacy in Sweden, much like Vegemite in Australia. A resounding success since launching in 1954, Kalles is also similar to Vegemite in that in comes in distinctive packaging and is a profoundly acquired taste.

No one knows this more than Kalles. The Swedish company recently launched an ad campaign celebrating the paste’s divisive qualities as a point of national pride. The series depicts a polite Swede offering Kalles to curious bystanders in cities around the world. Their response is uniform disgust.

These are my people. This is why I was chosen to test this product.

In Australia, Kalles can be bought from the IKEA food market. It was there we reluctantly spent money on the striking blue and yellow tube, along with a range of products found in the IKEA-approved Swedish cupboard – crispbread, spiced Akvavit, and a jar of pickled herring, bobbing in a mix of onion and sugary pink vinegar. Because when life gives you lemons, bookend it with preserved seafood-derived meat.

For the purpose of our investigation, we decided to eat Kalles in traditional fashion – looped in stringy gobs across hard-boiled eggs laid on buttered crispbread. There’s not much odour to Kalles. Which is good. Because glistening pink goop is not appetising. I’d even call it confronting. This from someone who would happily sit on a park bench and suck a bag of caster sugar through a straw.

With the table prepared and the Kalles lovingly excreted in crude approximation of images found on the internet, I drew the concoction to my mouth. I smelled sweat. Maybe it was me. But as the paste entered my safe place, I was flushed with the nervous tang of tastebuds recoiling as the Kalles touched down. “Very salty”, I thought. Followed by, “This tastes pink.” Which I think was shorthand for, “There’s a strong salt-fish-goop-sweat taste oscillating around my mouth.”

My face went flush and I felt weak. Then my partner, riding shotgun through this edible hellscape, said: “It tastes quite sweet. Quite yummy. A little bit like Promite. The butter makes it really good and the egg is really tasty. It’s a really good combo. It is a bit fishy but not intensely fishy. A little bit like salmon mousse.”

Next up was pickled herring. Holding up the jar to the light, silvery flashes of fish-bits leered through the pink vinegar, like in Jaws when the corpse pops out from the overturned boat into the diver’s face. But we slopped it onto a nice plate with some toothpicks and lo, it looked presentable. A single allspice berry lolled out onto the glazed parcels of fishy meat and we decided to tuck in. Like a lost antelope might test a foreign leaf for poison, I closed my eyes and nibbled. It tasted sweet! I can do this, I thought.

“It was really nice,” my partner said. “Not too fishy. It was sweet. Nice texture – sort of firm and a bit chewy. I was actually surprised at how delicious it was and I like that kind of thing.”