Its Oaxacan-born chef blends the cuisine of his hometown with native Australian ingredients. Surrounded by shelves of mezcal stretching to the ceiling, dine on snapper ceviche sprinkled with worm salt, or a 50-ingredient mole with spatchcock. 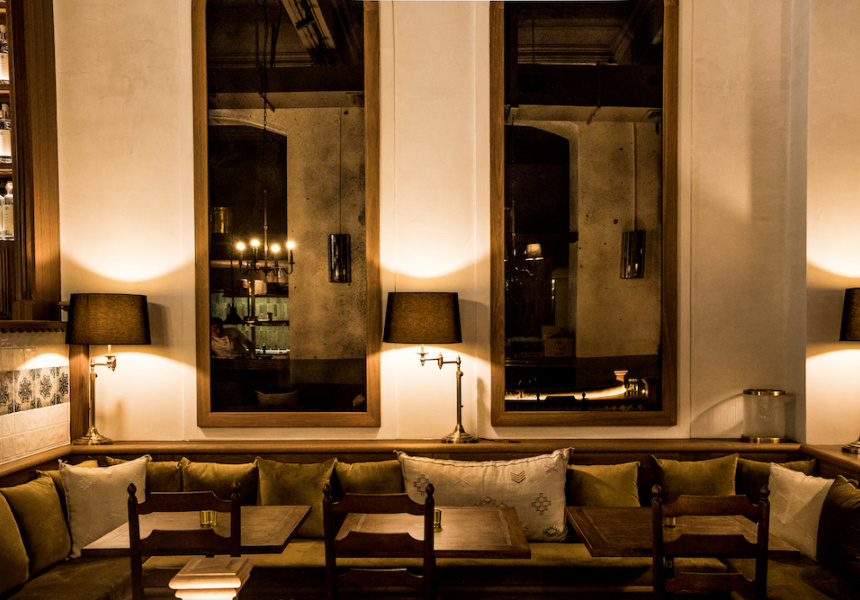 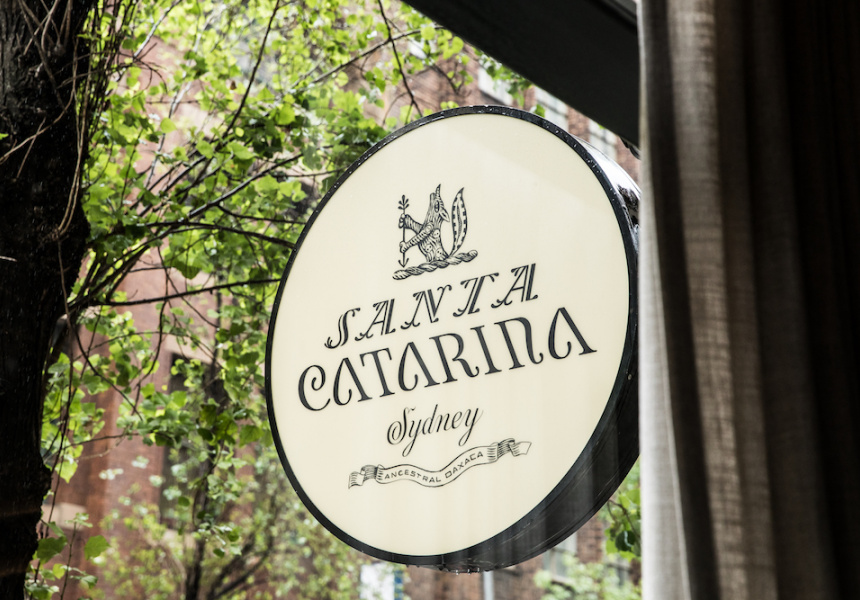 “Oaxaca is a beautiful city with a strong Indigenous culture. But at the same time it has Christian and Spanish influences, and that makes it really dramatic,” Liber Osorio, co-owner of Milpa Collective tells Broadsheet of the south-western Mexican state. “You can see the syncretism between Christianism and Indigenous cultures – it’s a mixture between two worlds.”

Santa Catarina, Milpa Collective’s new Oaxacan-influenced restaurant and mezcal bar in the CBD, expresses the dual worlds of the Mexican region through grand interiors, a fine dining-style menu, and the group’s signature sense of fun: a relaxed atmosphere, loud music and a rollicking bar.

“The room is extremely elegant,” Osorio says. The 100-seater (the old Chica Bonita site on Clarence Street) has soaring pressed-metal ceilings, sumptuous curved booths and candles that send flickering light up the cathedral-like walls. If you sense a kind of reverence, it’s intentional. “We want to elevate the Mexican food experience to something more refined, without being pretentious.”

Osorio and his business partner, Pablo Galindo Vargas, met seven years ago when they were co-workers at a Mexican restaurant. Together they have a shared goal: to bring Sydneysiders food from a different region of Mexico with each new restaurant opening. So far they have opened eight restaurants in Sydney: La Palma, Calita, Carbon, Taqiza, Sonora, Casa Merida and the newly opened Londres 126, as well as an eatery in the Mexico City neighbourhood Colonia Roma.

Milpa Collective executive chef Manuel Diaz, who hails from Oaxaca, has been in Australia for four years and has developed a passion for native Australian ingredients and bush food. The menu at Santa Catarina blends the flavours of his new home with those of the dishes he grew up with.

“I believe that you understand the culture of a country through their food,” Diaz, who trained in both Mexico and France, tells Broadsheet. “And Australia is very rustic.”

“It’s very famous in Oaxaca” Diaz tells Broadsheet. “The agave worm is raised on the maguey [agave plant], which is where we get the mezcal from. We take the worm, dry it in the sun and then extract all the flavour of the maguey.”

Which brings us to the mezcal. Mezcal and tequila are at the heart of all Milpa Collective’s venues, but at Santa Catarina the collection is so extensive it’s housed in bookcases tall enough to warrant their own library ladder. You can choose to have a flight after dinner, or match your mezcal with your meal.

“There are Mexican wines, sure, but you can find wine anywhere,” says Osorio, who works closely with Oaxacan producers. “Mezcal is only from Mexico and mostly from Oaxaca, where it is made in an ancestral way – the distillation is not in copper, it’s in clay.”

Milpa Collective has connected with the youngest master distiller in Oaxaca to create its own mezcal. “He is 27 now but his first batch was when he was 18. He’s been making it with his father since he was five… We have a great respect for the Indigenous producers of Oaxaca, and are committed to representing fairtrade, sustainably sourced products.

“We want to replicate what it’s like in Oaxaca, where it’s not just about traditional street food,” he says. “We want it to feel very grand, but at the same time we want to be welcoming and inclusive. We don’t want to be elitist.”