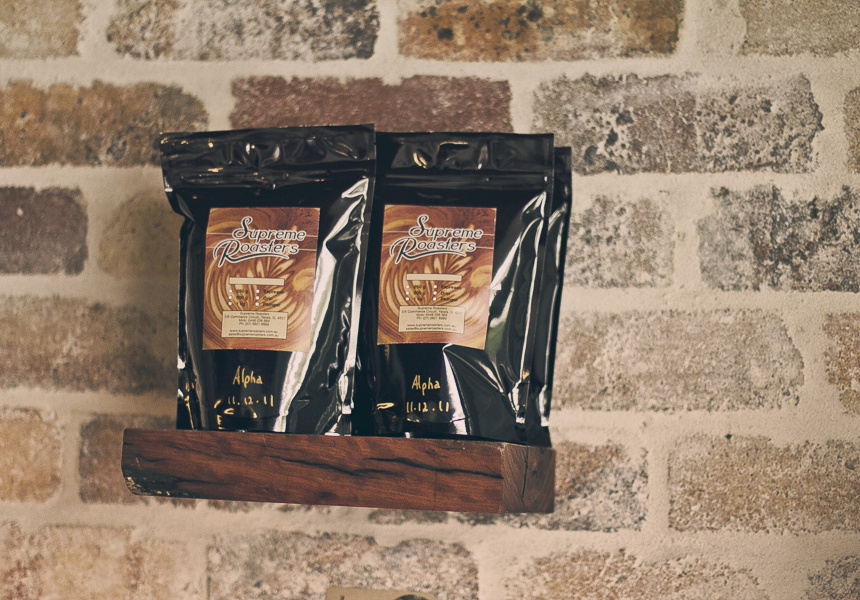 It might seem pointless to reveal that anyone growing their own coffee trees is obsessed with coffee, but in the case of Rueben Mardan, this can't be stressed enough. An ex Mecca barista himself, Mardan seems to have shifted a great deal of his prized plant life into his own espresso bar, including a custom house blend. As the name suggests, Sample Coffee offers a tantalising selection of single origins, typically consisting of at least one COE and a rotating “showcase coffee” sourced from one other specialty roaster. A selection of outsourced pastries and a grand list of brew methods make up the entire menu.

Sample coffee is little more than 20 metres squared, and follows a formula similar to the original Mecca. Two espresso machines, including a lever-operated Mirage, adorn a bench constructed from massive slabs of red timber, while a set of concertina doors merges the space with the adjacent footpath.