The Intense Side of Scotch

Like a hint of “rusted crab cage” in your drink? 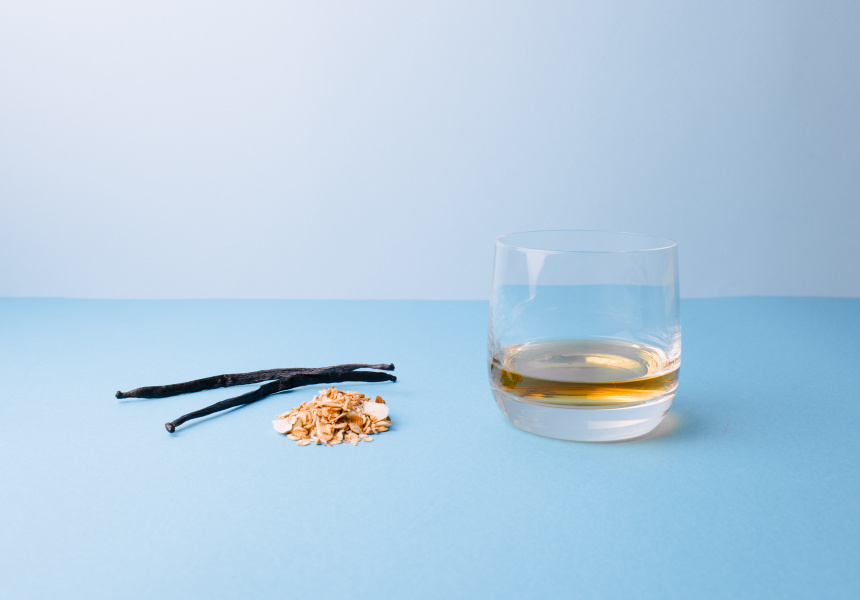 Sean Baxter remembers his first foray into drinking intense, single malt whisky. “I was experimenting with cocktails,” says the Diageo National Whisky Ambassador. “A regular of mine loved a cocktail called a Rob Roy, which is basically a Manhattan made with blended Scotch. One day I decided to use Talisker, which is a single malt, instead of the usual blended whisky. I fell in love.”

Single malt whisky is a diverse spirit ranging in flavour from delicate honey and pear to palate-smacking bonfire and seaweed. The smoky, peppery Talisker transformed the Rob Roy into what Baxter calls “a beast of a drink”, dripping in personality. “I loved it,” says Baxter. “I began using more and more peated single malts in cocktails and started drinking them neat to understand more about each one.”

Found in bogs all over the British Isles, peat is a mixture of natural matter tightly compacted over thousands of years. When smoked, peat produces naturally occurring chemicals called phenols that are absorbed by the malted barley used in whisky. The absorbed smoke flavour stays put all the way through distillation and into the glass.

Another word worth knowing is “ester”, which is essentially an impurity. That’s not a dirty world in the world of whisky – impurities give a whisky many of its intricate flavours.

But ignore the rulebook says Baxter: “There is no ‘wrong’ way to drink whisky. Do it the way that makes it the most delicious for you and don’t let any slipper-wearing, pipe-smoking, leather-armchair buffoon tell you otherwise.”

If you’re keen to broaden your palate but not ready for a seriously smoky spirit, meet Oban 14 – a little bit of history dripping in honey. “It’s a good starting point for sampling peated character and dipping your toe into coastal character,” says Baxter. Coastal whiskies are usually characterised by a salty dryness and a good whiff of smoke. There’s a hint of these characteristics in Oban 14, along with honey-sweet spices and dried fig. “Oban has one of the longest fermentations in Scotland,” says Baxter. “Over 100 hours. This allows fruitier esters to develop. It also means production is slow and steady, the same way it has been for over 200 years.”

Unlike other single malt whiskies listed here, Double Black is a blended whisky. Baxter says a significant portion of it is made from “some of the largest island malts going around, most notably from Caol Ila on Scotland’s west coast.” The ageing is finished in heavily charred oak casks to bump up the drink’s smoky-sweetness. Expect lashings of vanilla, buttery cereal and of course a good mouthful of soft wood smoke.

“This whisky hails from the Isle of Skye,” says Baxter, “an intensely beautiful place.” The Scottish island was created by violent volcanic eruptions more than 55 million years ago, and its landscape is dominated by jagged mountain ranges. “Talisker is as much a distillation of its surroundings as it is of grain and peat smoke,” says Baxter. It may sound like full-blown poetry to some, but to the legions of Talisker fans, the flavor is bound to its home. The tasting notes of seaweed, saltwater, pepper and smoke might not sound like the most tantalising concoction, but Talisker has a beautiful dried fruit sweetness that makes it one of the most intriguing whiskies around.   Caol Ila Hidden taste: “rusted crab cages”

“Caol Ila is an intense whisky often overlooked by both whisky-nerd and novice alike.” Says Baxter. You’d be forgiven for not knowing the name – the distillery on the Scottish isle, Islay, has only been releasing its own single malt since 2002. Before that, most of the product was bound for big-name blended whiskies, but it’s a special drink in its own right. Caol Ila combines green flavours of fresh pear, apple and bright grassiness with distinct notes of the seashore. Baxter goes further, detecting lobster shells, rusted crab cages and a light smokiness.

Baxter says he remembers his first sip of Lagavulin 16 vividly. “It was like being hit in the face with a piece of burning kelp,” he says. “It was a whisky of extreme proportions.” Islay is the home of the most intense peat-bomb whiskies in the world, and it all began on the site of the Lagavulin distillery around 200 years ago. Local barley was dried by smoking peat, cut from the bogs and crudely distilled to create the whiskies that still dominate the tiny island today.

This 16-year-old Scotch has a delicious aroma of bonfire, wet leather and tobacco, often likened to Lapsang Souchong tea. On the palate, there’s plenty of sherry and Christmas cake sweetness, with a persistent finish you’ll taste for hours. It’s an acquired one, but despite it’s power, Lagavulin is incredibly refined. “This is the whisky of aficionados,” says Baxter. “Adored and worshipped by peat maniacs across the globe.”