Two cousins are shaping the modern deli scene, in “the farthest place from home”. 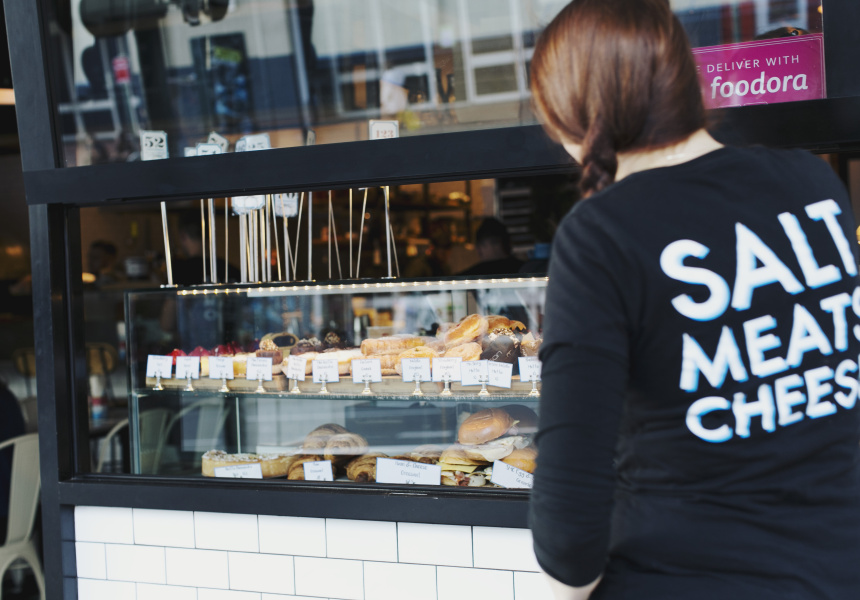 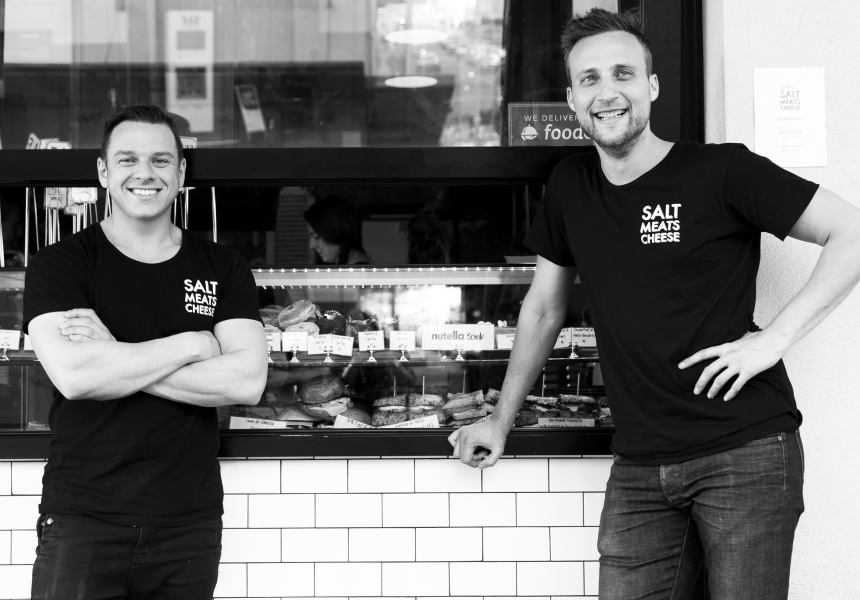 It’s an admirable story, that of Salt Meats Cheese, the family-run business founded by Stefano De Blasi and Edoardo Perlo. The cousins, inseparable since being born in the same hospital, moved to Australia from Italy in 2008 and opened their first food emporium in Alexandria in 2012.

The pair, disenchanted with the lack of affordable Italian and European products, “decided to import our own olive oil, tomatoes, mozzarella, our own products, and started supplying to our friends working on restaurants and bars”, De Blasi says.

Salt Meats Cheese has since grown to include four other spots in Mosman, Drummoyne, Surfers Paradise and Broadway. As of August 25, Bondi Junction will join the list. The stores are the actualisation of a plan they didn’t necessarily know they had.

De Blasi smiles. “What are we going to do? Go back to Italy and have Mum cook our dinner every day? No, so we have to push,” he says. “We don’t want to open a shop every day —”

He pauses. “Maybe every three months or so.”

Their newest space, opposite the Broadway shopping centre, is the brand’s first restaurant-only location. There’s bar seating next to the wood-fired pizza oven and buckets of Nutella sitting atop the glass counter. Boxes of San Pellegrino are stacked alongside, and there’s alcohol next to tea behind the coffee counter.

It could feel tacky, but it doesn’t. Rather, it feels reminiscent of the kind of storytelling De Blasi and Perlo are keen to do: authentic, familiar, but “with a twist”. It’s not what their mothers would have done.

The vibe here is young and hungry, as much for De Blasi and Perlo’s food as for the growing culture of trend-heavy brands with a penchant for the Instagrammable and the viral: see “the flaming cheese wheel”, reminiscent of dalla forma technique, where pasta is mixed in a hollowed-out and flambéed wheel of Parmigiano Reggiano then served at $25 a head.

De Blasi insists that a focus on family is keeping the brand grounded despite its rapid expansion. “We’re always concerned that it’s me and my cousin running the business every day,” he says. “We started the business and it’s grown so quickly. We like to be different. We still like to be able to say we’re a family business.”

“They’ll be selling pizza, coffee and snacking items, as well as grab-and-go deli items,” says Angus Harris, co-CEO at Harris Farm Markets. “They’ll have their own fridge and deli products, as well as a full service deli service meats, cheese, olives and things.”

That deli will feature 100 legs of prosciutto, Serrano and Jamon, as well as hand-made sausages. There will be pizzas, sandwiches and a patisserie-and-gelato kiosk out the front of the store. It will certainly mark a change from the Norton Street location locals came to know.

“Harris Farm Markets is a family-owned and operated business,” says Harris, “and the purchase of Norton Street was essentially a merging of two great family companies.”

“We decided to go with Harris Farm because we believe that they’re still a family business,” De Blasi says. “It’s three brothers from Sydney. They’re just like us; they’re just more established.”

While they’re not sure what the next years hold for the business, they’re certain it’s not about expanding to monopolise the market; rather, it’s about being the best they can be for themselves.

“I’d rather have lots of competition around me, because we like the challenge,” he says. “We want to show how different things can be done. I think Australia’s the best country to do that. If you do that in Italy, they would hate you. You’re destroying the recipes that have been there for 100 years.”

Harris Farm will open in its new location in Bondi Junction on August 25.