Salt of the Earth: Himalayan Salt

Is salt transported from the world’s highest mountain range really better than the stuff in a plastic shaker? We head for the Himalayas to explore a remarkable ingredient. 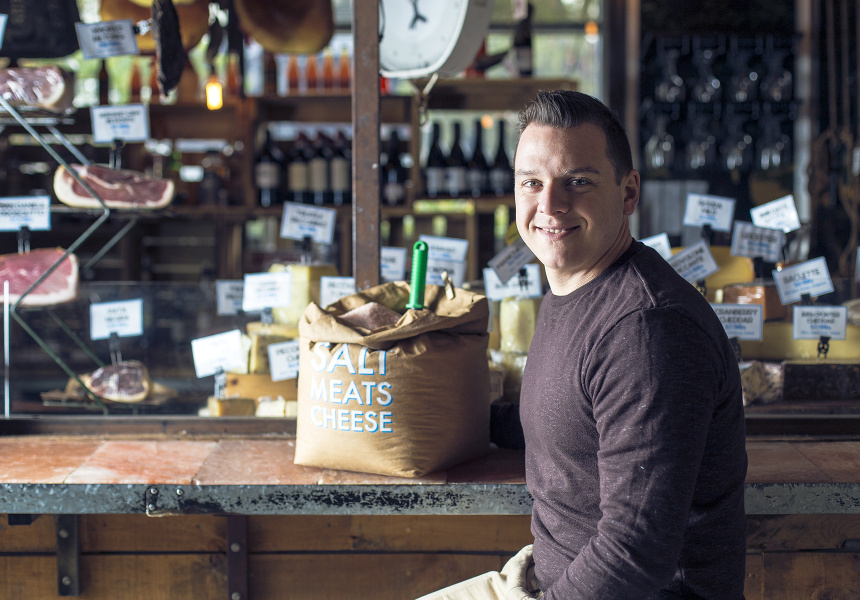 “The best salt isn’t cleaned or bleached,” says Stefano de Blasi of Salt Meats Cheese, explaining what makes Himalayan salt some of the purest and best. “It hasn’t had anything done to it and it’s from inside the mountains where there has been nothing to degrade it, including rain or sun.”

For our flavour explorations series with Connoisseur Gourmet Ice Cream, we're taking a closer look at a salt that isn’t just pretty; it’s also untouched, formed more than 250 million years ago when crystalised sea-salt beds were covered over with lava. The division of continents and shifting land masses raised these ancient sea beds into the mountains. The lava protected them from modern contamination.

“A lot of salt has been polluted over time,” says de Blasi. “Not many salt plantations [or salt pans] are still pure – and so a lot of salt needs to be washed with chemicals. Salt from the Himalayas is one of the few places that doesn’t need that.” Salt is produced either by the evaporation of river or seawater in artificial salt pans or ponds, or by mining ancient preserved deposits. The Himalayan salt at Salt Meats Cheese comes from a mine in Pakistan, in the foothills of the Himalayas.

“When we opened, this kind of salt was still a new thing in Australia. We started explaining the differences – Himalayan salt doesn’t get handled as much, there’s no alcohol and no chemicals used in it. That’s why it’s so good.”

In addition, Himalayan salt is higher in minerals and trace elements than other salts, with the minerals occurring in a readily digestible molecular form. “But Himalayan salt definitely shouldn’t all be the same colour,” says de Blasi of the pink iron-oxide flecks. “If it is then the manufacturers are probably bleaching or using colours. The salt should look all different with a mix of dark grey, white and pink.”

It’s the perfect salt for finishing dishes off, according to de Blasi. “It’s not as strong [as sea salt], it’s subtler. Add it right at the end – just sprinkled on the top of salads, meats, mozzarella. It brings out the flavours of a dish and the crunch of the crystals is just wonderful. I love it on mozzarella, and we use it on Caprese salad,” he says. “I’ve even done experiments with chocolate bars and Himalayan salt on top and the look is fantastic, the dark chocolate with pink and white on top.”

If you’re using it at home then de Blasi recommends buying the bigger crystals and grinding them fresh yourself.

“It’s the same for herbs, spices and salt, if you grind them yourself they will be best. And if you have to store it, use a brown paper bag, it will protect the salt by absorbing the moisture the salt attracts.”

In the salted caramel used in Andy Bowdy’s cakes, such as the Phil, Carl and Damo.
Online only at andybowdypastry.com/