Salmon and Bear Opens in Zetland 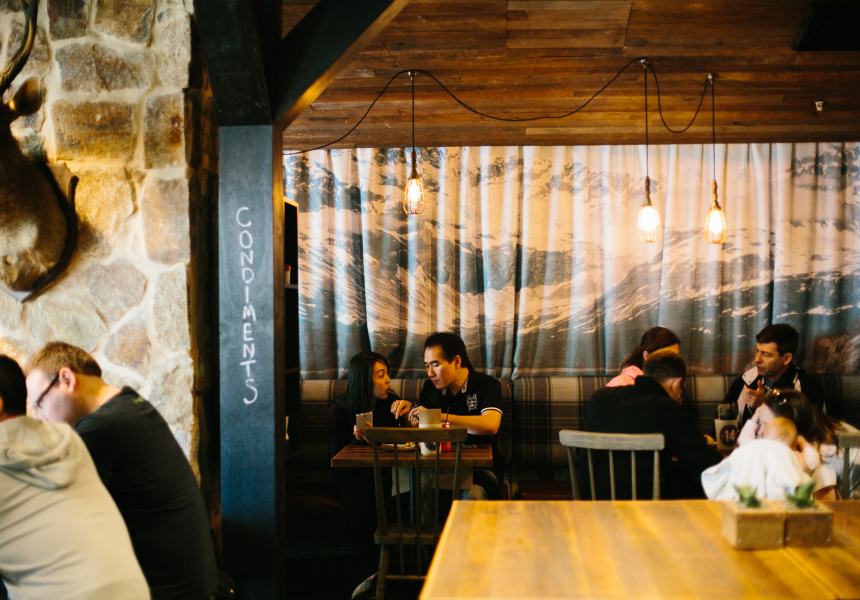 Salmon and Bear recently opened in Zetland as a fish’n’chips eatery, but there’s no greaseproof paper in sight. “We want to be the middle ground between the old takeaway fish shop and that [high-end] fish served in a minimal way at elevated prices,” says co-owner and general manager Joe Ward. He, Joel Katz (previously of Ribs & Burgers’ Seagrass group) and chef Mark Jensen (still of Red Lantern and Pork’d) make up the Salmon and Bear team.

“We want to serve a hearty meal that’s value for money.” The fish is cooked in a Mibrasa charcoal oven from Spain, which gives it the smoky flavour of fish cooked over a campfire. “It was Joel’s idea to get the Mibrasa,” says Ward, pointing out that the oven caused some permit issues and is generally only seen in Michelin-starred restaurants. “He’d tasted it and thought it was a real point of difference. That’s the great thing; it’s just the well-seasoned fish working with the flame and the woodchips. A Mibrasa’s not easy to use, but Mark can really do it.”

Ōra King salmon is the go-to fish on the menu, sustainably sourced from New Zealand’s South Island. But you can also select from sustainable barramundi, Spanish mackerel, snapper and tuna. For those hankering for the old-school fish’n’chip experience, there’s one battered hoki on the menu. The rest of the fish come out of the charcoal oven with sauces on the side and a tidy selection of simple salads and chips – including fat and crispy sweet potato with spiced mayonnaise. You might even fancy a fish burger or taco with a local beer (including Willie the Boatman and Rocks Brewing Co.). The small space has the atmosphere of an Alaskan cabin, complete with wood, stone and leather details, and a plaid banquette. 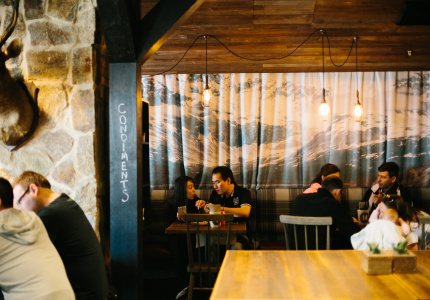