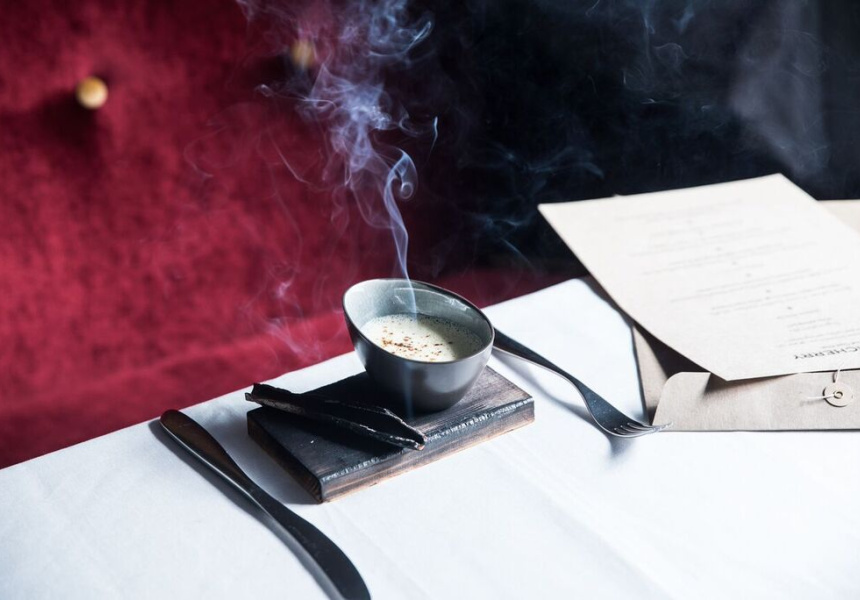 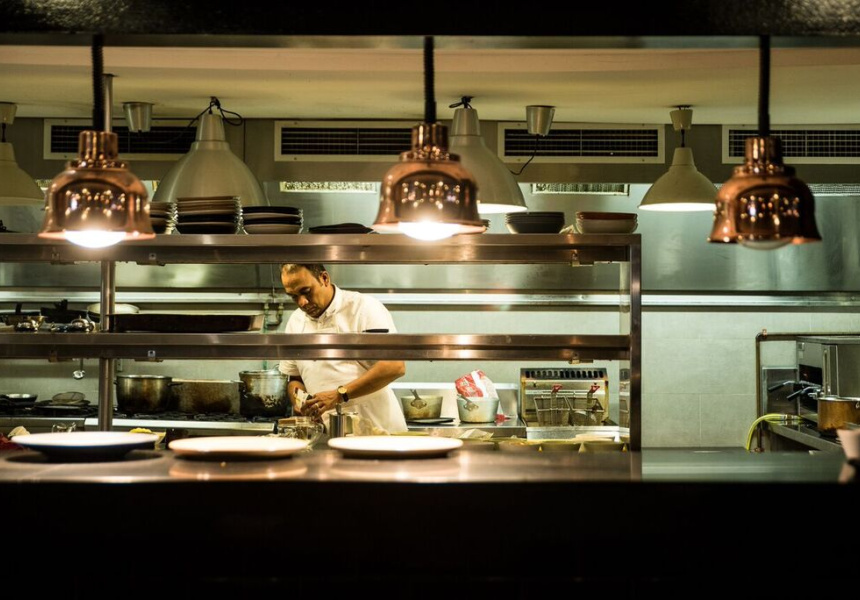 You receive a menu in an envelope, tied with string. There’s eight items on it, some vaguely familiar and others utterly mystifying. Without warning the room is full of the unmistakable aroma of cinnamon. A charred wooden block with a milky drink and a singed piece of cinnamon bark on it is placed in front of you. “It’s a cappuccino,” the waiter says.

This is the first unnamed course from the degustation at Pondicherry. The milky drink is a frothed corn soup rich with the flavour of smoked cinnamon, which you can taste it from the aroma of the singed bark (there’s none actually in the soup). “I want to simulate your senses. Life is too stressful to be serious. You need to have a bit of fun,” says Opel Khan, the owner of Pondicherry and Palate Hotel, where the restaurant is housed.

“It only seats 26 people. It's not really a money-making thing. It's just what I like to do.” Khan is classically trained in French food (he has worked with Marco Pierre White and the Michelin-starred Roux brothers) but he grew up eating Bengali food. Pondicherry sits somewhere between these two identities. It uses cooking methods and base ingredients from France and flavours and spices from India.

The next dish is a deluxe tuna-salad-style lobster and prawn parfait under a cube of chickpea dhokla (like a dhal patty) and Khan’s rice-flour pappadums. Later there’s a slender chunk of duck a l’orange with a butter-chicken-flavoured marshmallow, and a sphere of fuska, a Bengali semolina fritter that here is filled with spiced potatoes and duck confit.

Despite Khan’s experimental combinations, the overall palette of the degustation isn’t as intense as you’d imagine. It’s rather sweet, the kind of Indian food we don’t get very much here. “The cuisine is my own cuisine, you don't have to call it French or Indian, it's just my food.”

Like Khan’s cuisine, the fit-out of the tiny restaurant clashes visually, but somehow works. Most of the space is dominated by white tablecloths and crystal wines glasses, but there’s flashes of gaudy Indian gold and red velvet. It feels odd to find a restaurant like this nestled in a pub on the side of a highway in Rydalmere.