With their new collection of spirits, Bundaberg Rum is challenging long-held stereotypes and rethinking the possibilities of Australian rum. Is it time to look beyond the Bundy Bear? 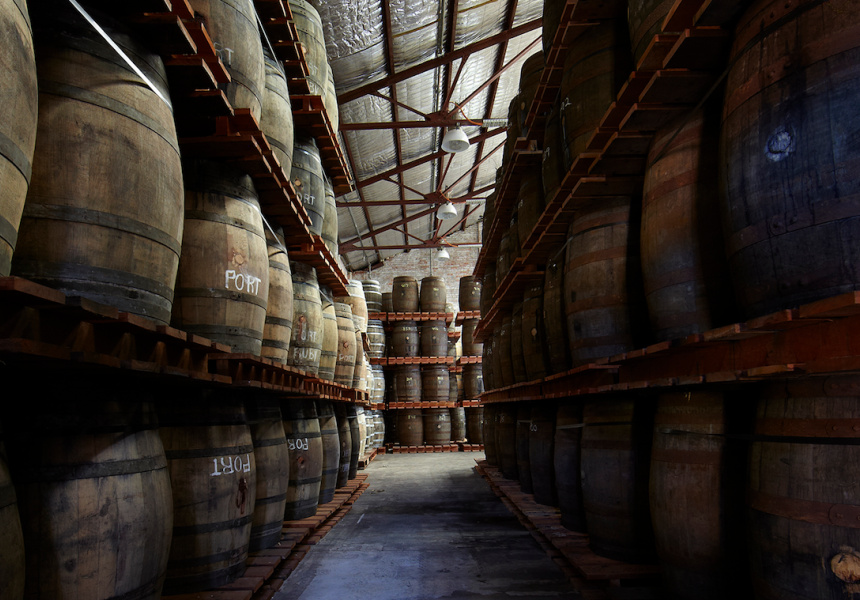 Bundaberg Rum is, and always has been, wildly popular. But while aged sugar cane spirits have a legitimate home on top shelves around the country, Bundaberg’s original rum is often overlooked, in part because it’s usually mixed. What this means is that for those who aren’t partial to a rum-and-cola, the spirit isn’t on your radar.

But with the Master Distillers’ Small Batch Collection, Bundaberg Rum has these drinkers in mind. Using the same spirit produced in its original stills, the distillery has been experimenting with different maturation processes, using a range of oak barrels to develop flavours. Port, sherry, cognac, bourbon and even whisky barrels are used to develop unusual notes, which are blended for use in the Master Distillers’ Collection. It’s a relatively new process for Bundaberg, which goes to great lengths to preserve the original rum-making methods in use since the company was founded in 1888. The molasses fermentation uses the same yeast strain the early sugar cane-growers began with, and the original rum stills were copied and recast by a local foundry to ensure the taste has remained consistent.

Sarah Watson, Bundaberg Rum’s well job-titled Blending and Liquid Development Manager, is responsible for maturation, tending over a dark hall stacked with barrels. Her team regularly plucks the oak vessels from their shelves, allowing Watson to sample the amber liquid within. “Some things work, and some things don’t,” she admits. “Using different types of barrels and different types of maturation has just opened up a whole new flavour profile to us.”

Refined cognac and brandy notes are readily apparent in the MDC Small Batch, while one blend is remarkably Scotch-like, which can be attributed to wood chemistry. “In Scotch, it’s reckoned that up to 70 per cent of the flavour will be coming from the interaction between the spirit and the oak,” says Scottish whisky expert Dave Broom. “So you’ve got to get it right. If you screw up your wood, all the good work you’ve done in the distillery is wasted.”

For Bundaberg Rum, the results have been a success. At the recent San Francisco World Spirits Competition, Small Batch was awarded a massively esteemed ‘Best in Show,’ meaning the entire group of judges decided it was the finest in its category during a double round of blind tastings. Broom believes rum is on the edge of something big. “Bundaberg is obviously very proud of where it has come from,” he says, sipping from a square-cut crystal glass. “But what impressed me the most is this feeling of progress. They’re genuinely moving forward.”

Broom (who literally wrote the book on whisky; Whisky: The Manual) reckons some of the attitude toward rum comes from its working-class status. “It was being sold at a reasonable price, it was a working-class drink and people decided to look down on it,” he explains. “But that happens all round the world - it happened to whisky in Scotland.”

But, to Broom’s mind, the other brown spirit is about ready for a comeback. “That’s one of the exciting things about rum at the moment: it’s making new friends,” he says. “You’ve got Scotch drinkers who are looking for something new, and this will make sense to them.”