Castlereagh Street now has its own New York-style deli with the arrival of Ruby & Rach. 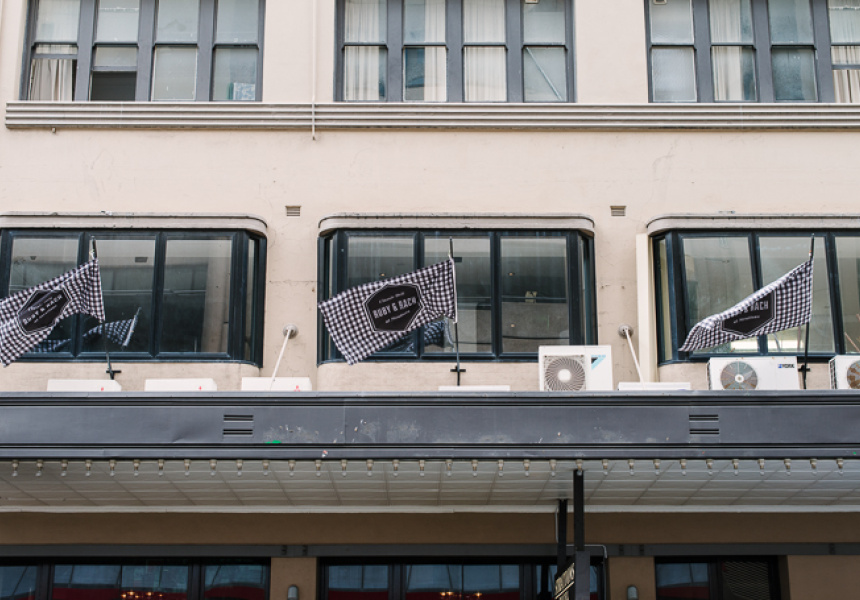 Tony Gibson used to live around the corner from the world’s most famous reuben sandwich. But despite the future Ruby & Rach founder’s proximity to the sweating, surly employees of Katz’s Deli, New York, Gibson just wasn’t interested. “I didn’t really get into it,” he confesses.

It was only once he put one on the menu that his obsession with pickled meat began. “I started making my own corned beef and my own pastrami,” he recalls. “My background’s not Jewish. I’ve never worked in a deli. But when I do things, I tend to get right into them.”

These days, the former Marque and Four in Hand chef is one of Australia’s foremost proponents of the New York-style deli. After two years plying his sandwiches at Pyrmont and Bondi markets, Gibson found a space above Strattons Hotel on Castlereagh Street and decided it was too good to pass up. “It’s a really nice, airy space,” he explains. “It’s glass on two of the walls, so it’s nice and light.”

Though Gibson’s enamoured with traditional techniques, he’s comfortable putting a personal touch on his deli goods: instead of steaming the beef, he cooks it sous vide for three days before brining for five. Instead of lower-grade meat, Gibson uses Australian Wagyu with a marble score of nine. He pickles his own sauerkraut and bakes his own bialy. “Me being me, I thought ‘How good can I make that sandwich?’” he says.

For those who’re uncomfortable with the reuben’s extreme meatiness, Gibson has engineered his own non-animal version that gives vegetarians the full deli experience: the ‘mustrami’. “It’s basically a massive portobello mushroom, which I brine with the same spice mix as the pastrami, but only for an hour, where I’d brine the pastrami for five days,” he explains. “Then I smoke it for an hour over cherrywood and maple. At the end it’s the closest that a vegetable’s going to get to being meat.” 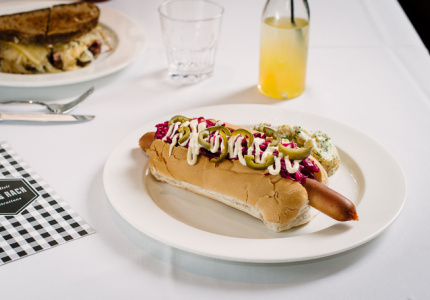