In theory, it caters for Room Ten’s overflow. In reality, it’s a beast all its own, dishing up walloping sausage-and-egg and bacon-and-egg rolls with excellent house-made condiments. 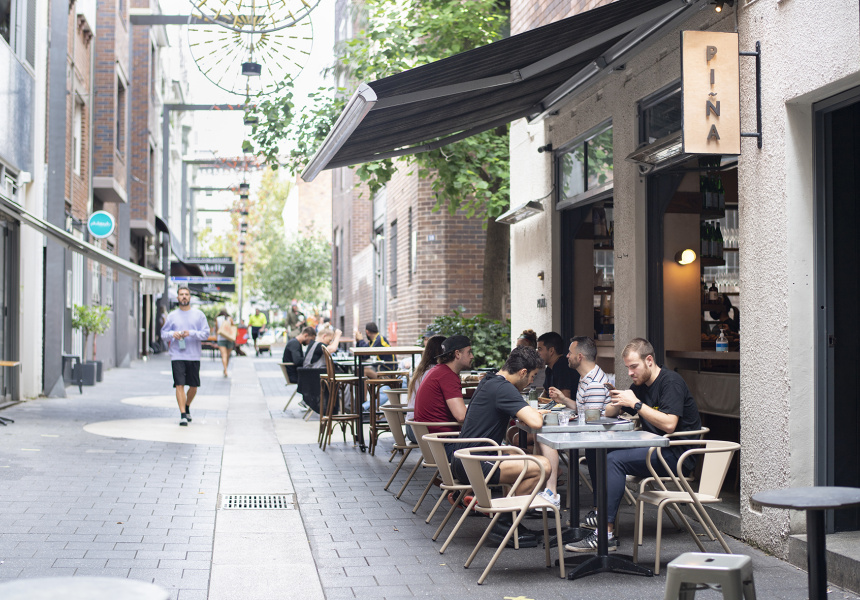 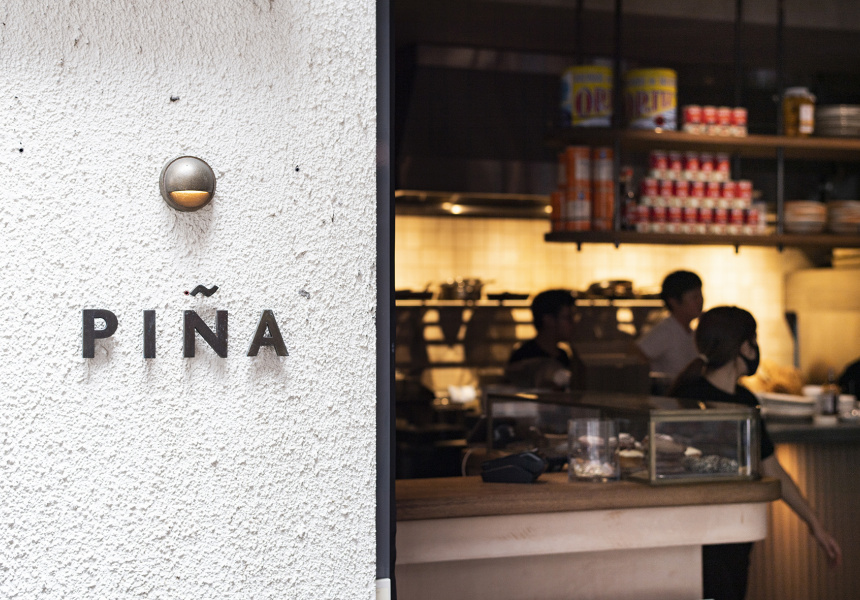 In May last year, venerated hole-in-the-wall Potts Point cafe Room Ten launched a 12-week pop-up called Pina. It proved so popular, it reopened back in December, diagonally opposite Room Ten in Llankelly Place. And this time it’s permanent.

“We’d been wanting to extend for three or four years,” Andrew Hardjasudarma, who co-owns both venues with his wife and head chef, Yuvi Thu, tells Broadsheet. “We wanted to open next to Room Ten, so we could cater for overflow.”

The two spaces meld into one another, with Room Ten’s metal seating meeting Pina’s tile-topped tables in the pedestrian alleyway. But where Room Ten’s breakfast and lunch menu is limited by a tiny kitchen (which isn't to say it doesn’t pack a punch), Pina provides more room to move.

“The philosophy is the same as at Room Ten,” says Hardjasudarma. “The menu isn’t about reinventing the wheel, but about offering everyday dishes, which locals can rely on. Our most popular dishes are the bacon-and-egg roll and the sausage-and-egg roll.”

That said, there are a few flourishes. The bacon-and-egg roll, for example, comes with house-made harissa and aioli, while egg-white scrambled eggs are accompanied by trout roe and kale. Then there’s the rice pudding, which comes with roasted peaches, pomegranate and pistachios, and the cauliflower sandwich overflowing with parsley, cucumber, tomato, pickled onion and tahini-lime dressing.

The wine list, curated with the help of Andrew Jamieson Wine Merchants, offers a selection of solid, approachable Australian wines, including a rosé by Mudgee’s Gilbert Family Wines and a pinot noir from the Mornington Peninsula’s Even Keel. There’s also a small number of cocktails, including the signature Pina Pina (gin, citrus Seedlip, oolong, ginger and lemon), which is also available as an alcohol-free iced tea.

The “everyday” philosophy also informs Pina’s atmosphere and design. “Pina is Spanish for pineapple,” says Hardjasudarma. “But it’s not meant literally – the pineapple is a symbol of hospitality, generosity and welcome.

“We want Pina to feel like part of the neighbourhood, to be the kind of place where people can hang out and do what they want, maybe make new friendships and get to know the staff. People can come whenever they like – whether they’re on their way to work, or just finished at the gym – and feel relaxed.”

Designed by Acme (Mimi’s, Little Felix, Fred’s), the space is decked out in warm, natural colours and textures. Think Moroccan tables topped with terracotta tiles, sea-green chairs and retro brass light fittings. There are three distinct spaces, all centred around the open kitchen: there’s an intimate indoor dining area with pendant lighting; a bar stretching along open windows that look out over the laneway (with high stools ideal for solo diners and pairs); and scattered seating in the alleyway (where there’s also a communal table for groups).

For now, Pina is open for breakfast and lunch, but plans are afoot to launch dinner service soon.