The celebrated Sydney fine diner has reopened in its new location. 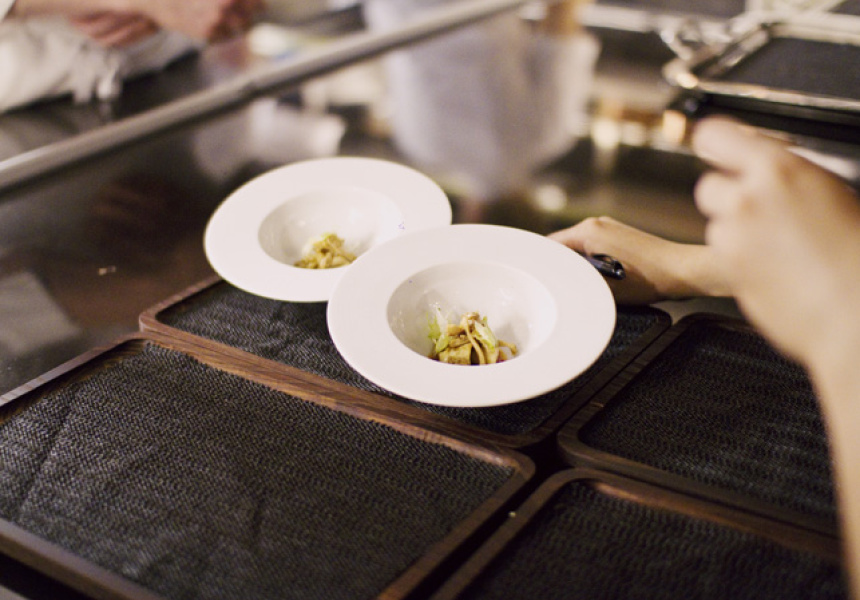 One of Sydney’s longest standing and most highly acclaimed fine diners has relocated, with Rockpool closing the doors to their George Street address and reopening in their new location at 11 Bridge Street.

Situated in the historic sandstone surrounds of the Burns Philp building, the new location acknowledges the long history of Rockpool (established in 1989) while offering a chance for chef and owner Neil Perry and his team, fronted by head chef Phil Wood, to shake things up.

Major changes include a more relaxed feel for the lunch menu, with a la carte options taking centre stage, while the dinner menu offers one, two or three courses with canapés and drinks. While the menu is new, an early look promises all the flair that we’ve come to love from Rockpool, as well as some originals and signature dishes. Watch out for snapper poached in coconut milk with garam masala, chicken galantine with prawn and liquorice butter and potato puree, and the famous date tart.

In addition to the new-look menu, Perry notes that wait times between courses will be reduced for busy inner city timetables.

“We don’t want the Rockpool experience to be drawn-out and cumbersome, like fine dining can often be. We’re throwing tradition on its head a little and delivering a new and entertaining concept, which is still incredibly special but not too challenging and over-the-top.”

Interiors are by Australian designer Grant Cheyne, who has also worked with Perry and co-owner Trish Richards on Rockpool Bar & Grill Sydney, Melbourne and Perth, along with Spice Temple Sydney and Melbourne. Black is a dramatic and dominant feature in the new venue, included in the pressed metal ceiling and velvet drapes.

“Grant, Trish and I wanted the reincarnation of Rockpool to be simple and contemporary yet luxe and sophisticated at the same time… everything has been impeccably designed to create this sexy, elegant and highly functional restaurant. It’s a beautiful, heritage building on the outside with modern cuisine and service on the inside, lending itself perfectly to Rockpool and our ethos.”