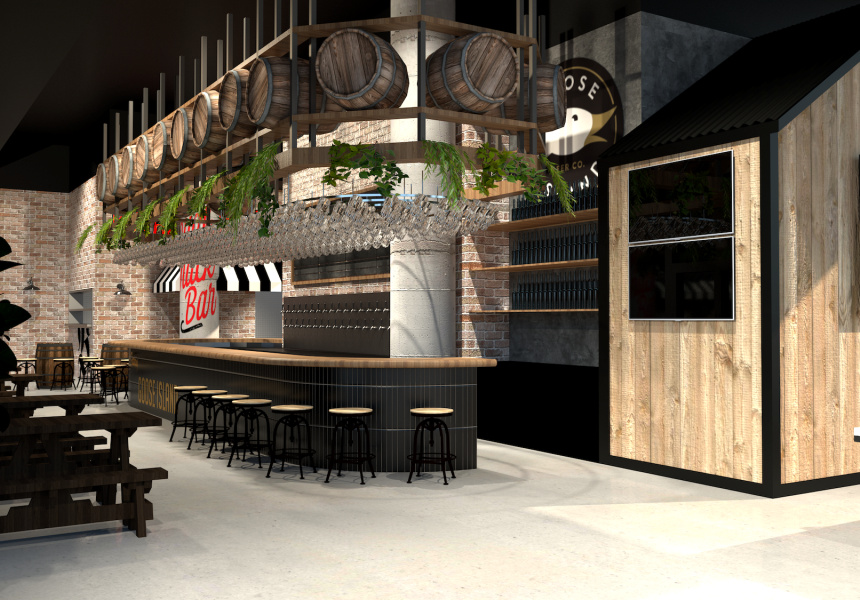 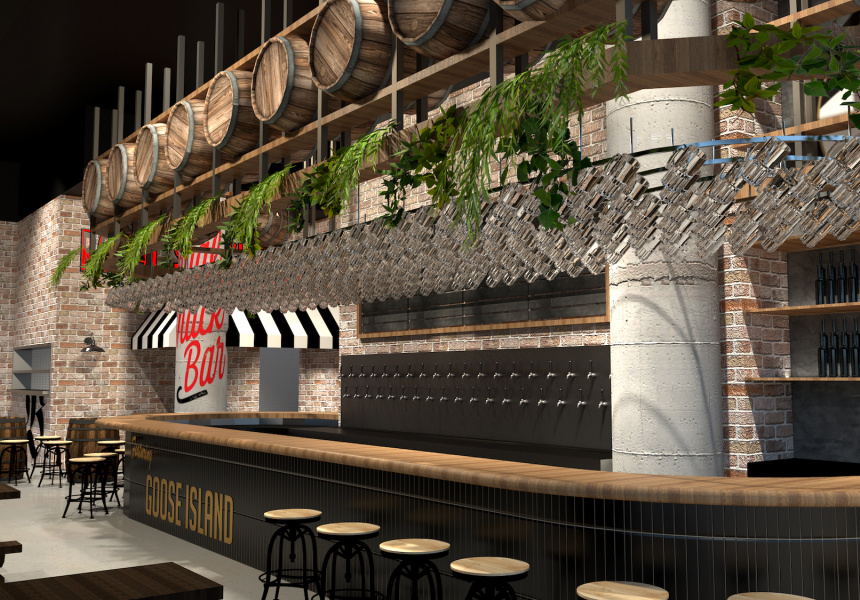 Beerhaüs Barangaroo will open in September on Scotch Row and follow the launch of the Beerhaüs concept in Westfield Kotara, in Newcastle, on June 19.

The new Barangaroo spot will be around 600 square metres and seat up to 300 people, including 100 in an outside space that wraps around three sides of the building, spanning Scotch Row, Waterman’s Quay and Hickson Road. The Kotara venue will seat 340, including 100 in a rooftop beer garden.

Both the Barangaroo and Kotara eateries will have an industrial feel, with polished concrete, exposed red-brick walls, recycled brick and timber, wall murals, and corrugated finishings. Bavarian Beerhaüs on York Street will also be overhauled in line with the new brand.

As its name suggests, Beerhaüs will be beer-focused, with 40 taps of local and international brews. American craft-beer leader Goose Island will be a feature; there will be a taproom or a section of each venue’s bar dedicated to its brews. Australian beers such as 4 Pines and Pirate Life will also be on tap, along with Belgian beers Hoegaarden and Leffe; German brewers Löwenbräu, Paulaner, Franziskaner, Spaten and Hofbräu; and American mega-brand Budweiser.

Family friendly will be the name of the game at Beerhaüs, so it’ll be filled with activities, including giant Jenga and Connect Four, shuffleboard, ping-pong tables, pinball machines, mini basketball, Skee Ball and cornhole. A wall of large-screen TVs will show live sports.

Beerhaüs Barangaroo is slated to open in September. Beerhaüs Kotara will open on June 19. 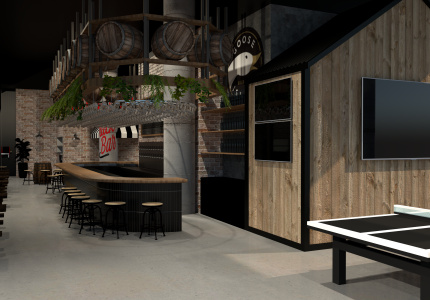