Its temporary taqueria has gone permanent. Visit every weekend to match your Pink Galah or pilsner with a chorizo al pastor taco or corn chips and salsa. 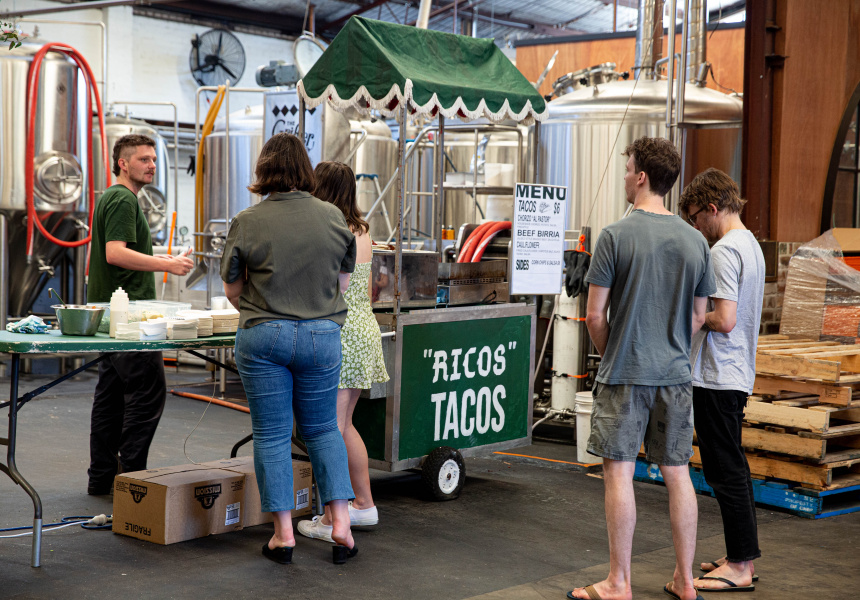 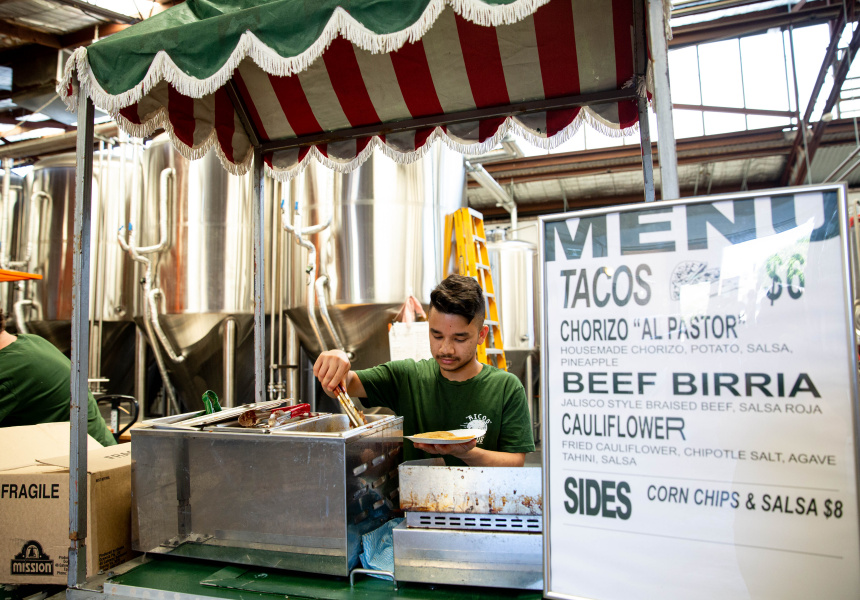 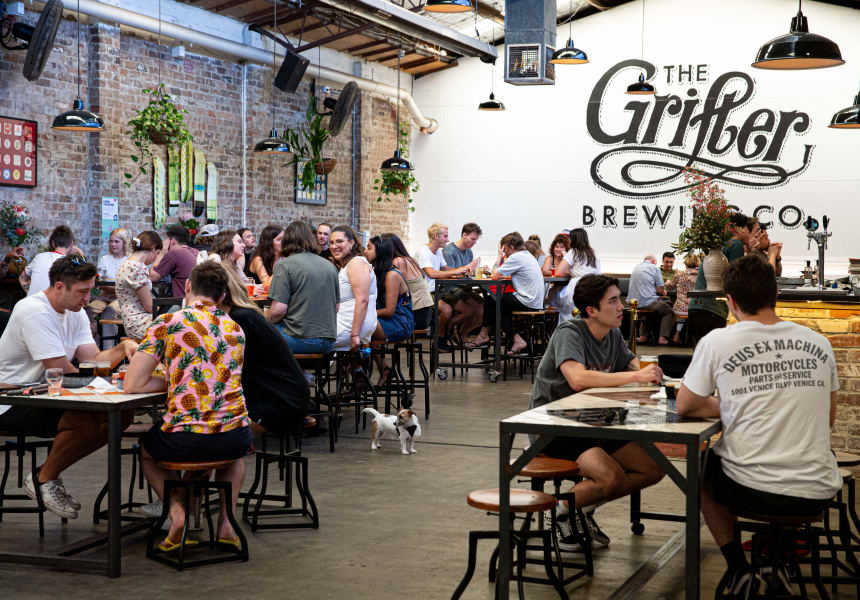 Late last year, Ricos Tacos set up a mobile taqueria inside Grifter Brewing Co’s vast Marrickville warehouse. The cart – which resembles one you might see on the side of the road in Mexico – served tacos throughout November, and popped up for another weekend in December. Now, it’s permanent and will be serving the flavour-packed tortillas every Saturday and Sunday.

Ricos Tacos was born after Taco King – chief taquero Toby Wilson’s resident taqueria at the George Hotel in Waterloo – was forced to close when the pub changed management last year. To avoid a similar situation occurring again, Wilson has built flexibility into his new business, stationing a taco truck in the Gelato Messina car park in Rosebery and popping up, cart in tow, at various locations across Sydney.

For Wilson, working with Grifter is a natural fit.

“They’re both complementary brands,” Wilson tells Broadsheet. “The food matches with the drinks offering and vice versa. It just worked really well, so we talked about doing this residency.”

“[We’ve been] wanting to partner with someone who’s like-minded and on-brand, but also who does really good food. We’ve been searching for a while,” King says. “We’ve had really good operators come through here, but the upkeep of updating a roster, having a schedule and dealing with lots of different parties does make the job a little bit difficult. Ricos was just a good fit.”

The menu doesn’t differ from what Wilson has been serving in the Messina car park, with three staple tacos headlining alongside regular specials. There’s a chorizo al pastor taco, filled with house-made chorizo, potato and salsa verde, and topped with pineapple; a braised-beef taco; and a vegan cauliflower taco, topped with red salsa and tahini. Plus, there’s corn chips and salsa, and black beans and rice for sides.

“Hopefully, we’ll be known as the brewery that has tacos,” King says.