The Resident Opens on Hyde Park 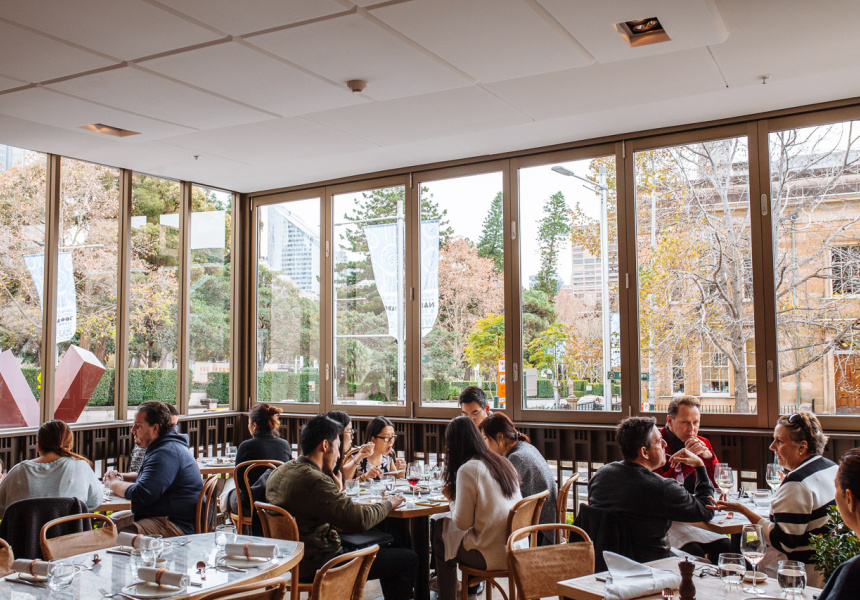 Sitting on the corner of College and Stanley Streets in a space previously occupied by a patio and “a concrete block”, The Resident’s design concept makes the most of its prime position. The inside-outside aesthetic creates the atmosphere of a greenhouse. It has large, bi-fold windows, deep-green detailing, natural timbers and foliage throughout the space. Which is fitting considering it’s so close to Hyde Park.

“There are a lot of smaller, casual dining places and pubs, but as far as something sophisticated and elegant, I don’t think there’s anything around here,” says general manager Darrien Valler.

Chef Pablo Tordesillas Garcia (formerly of Ortiga and Otto) combines Basque techniques and Mediterranean recipes with eclectic flavours and native Australian ingredients. Mussels are celebrated in the escabeche of mussels (served with a delicate stack of potato crisps and a dollop of squid-ink aioli). Try it alongside a lemon myrtle beurre blanc with artichoke. There is also a half-moon of sumac-charred octopus tentacle served with a spot of ajo blanco, decorated with slivers of grape and a variety of native succulents.

Tordesillas is inspired by his time cooking French and Italian food, cooking with his sister in Morocco and his Spanish heritage. Native ingredients feature, but Tordesillas says that this is for flavour, not to be “on trend”.

“I think it’s important to make use of some of the local ingredients,” he says. “I don’t want it to be a jump on the wagon. It’s complexity and simplicity in there; everything that is on the plate is there for a reason.”

There’s an extensive wine list, and an array of clever cocktails. These include the Madame Manzana, a kaffir lime-infused Tanqueray-and-apple-juice number with a restrained sweetness. Finish with Tordesillas’ reticent, savoury desserts.