A Reggae-Inspired Brewery Opens in Botany, One Drop Brewing Co 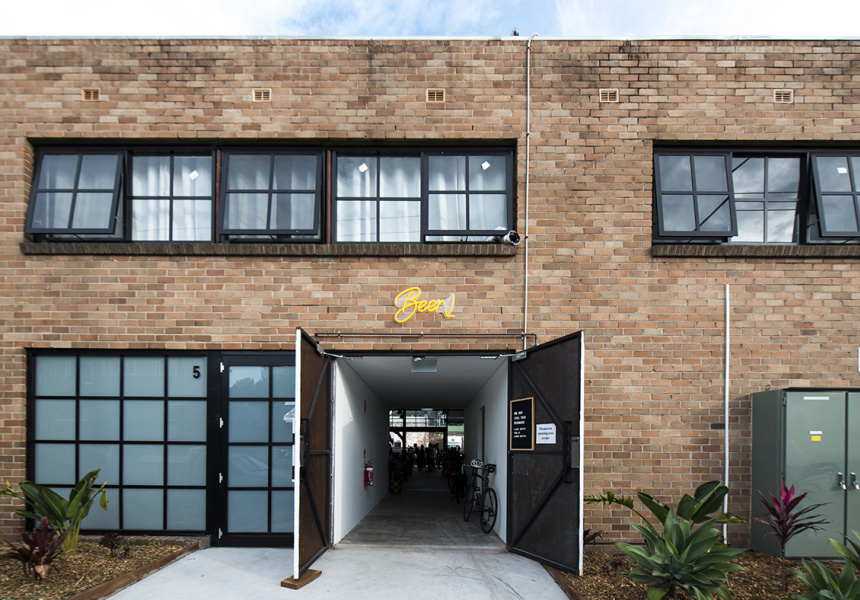 The bayside suburb of Botany has scored its first taproom and brewery. Long-time locals, husband and wife Meg Barbic and Clay Grant, sold their house to build One Drop Brewing.

The idea came to them after each gave up their full-time work to pursue businesses: Barbic a software tech company, Grant a catering company for private functions at inner-west breweries.

“One afternoon he came home with the idea to start our own [brewery],” says Barbic. “I thought it was a great idea because we both love craft beers.”

One Drop Brewing Co is in a converted paper warehouse. It’s a light-filled black-and-white space with roller doors that wind up to let the outside in. There are bannaa trees and a beer garden with festooned lights. A DJ plays regularly, a soundtrack of chilled reggae, soulful dub tunes and sounds of the Pacific and Caribbean – the brewery’s biggest influence.

“One Drop is inspired by the foundation and ideals of reggae music. The … underlying one-drop beat of all reggae. We want to create a really go-with-the-flow vibe,” Barbic says.

There are eight rotating beers on tap, including the flagship Botany Bay Lager; a refreshing crisp ale; and pilsner, XPA, IPA and a west-coast pale ale. The couple serendipitously met their head brewer, Nick Calder-Scholes, on a holiday in Croatia. He was living and working at the Garden Brewery in Zagreb, and before that spent time in London at Fourpure Brewing. He’s experimenting with fruit-based sour beers, which are Barbic’s personal favourites. Flavours include mango and lime, blueberry, and watermelon and cucumber.

For takeaway you can buy tinnies of lager and XPA from the taproom. Otherwise, grab a growler from $30. There’s a basic wine list for those who aren’t keen for beer but still want to enjoy the venue. Also, food trucks swing by every Wednesday to Sunday to feed punters. Regulars have included Happy as Larry, Burger Head, Wholly Schnit and Agape Organic.