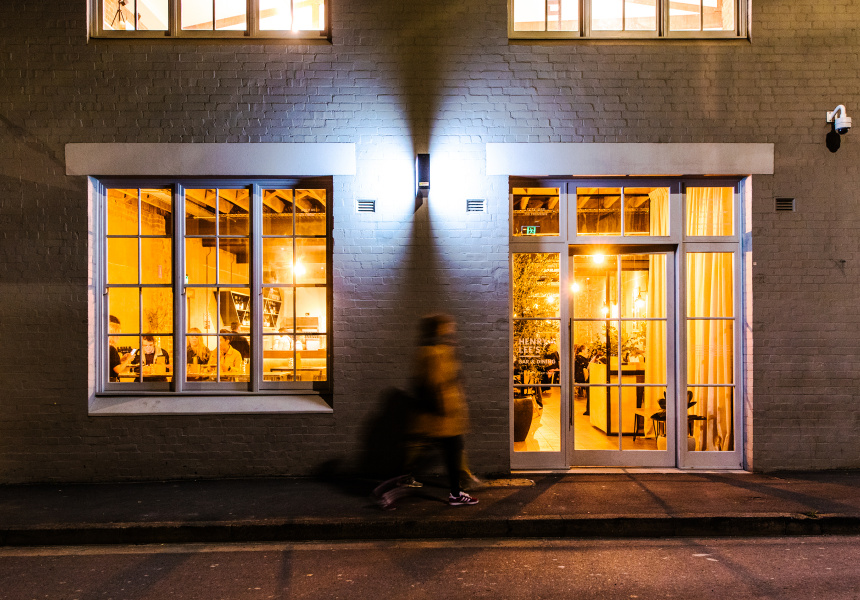 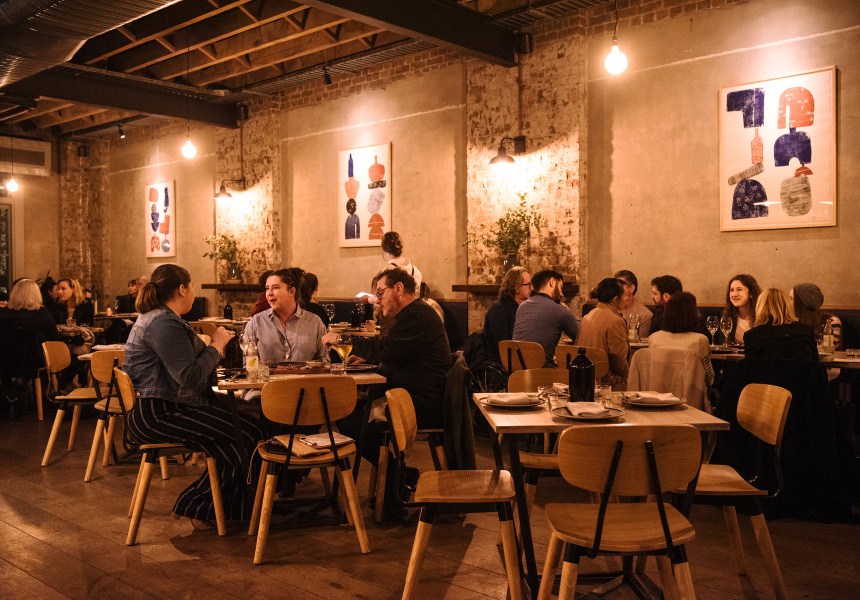 Aaron Devaney, Kath Devaney and Matt Richardson always knew they wanted to expand their discreet Redfern laneway cafe, Henry Lee’s. They even devised a business plan for a fully-fledged restaurant five years ago. So when Cake Wines Cellar Door moved out of the adjacent premises in June, the trio swooped in.

Henry Lee’s Bar and Dining is their new baby, but because of separate development approvals and liquor licences, the cafe and restaurant will remain split for the time being (the new site has frontage on Eveleigh Street). The aim is to eventually enable customers to move freely between the two spaces. “With us now being able to have day and night, and the entire space, it just means we can do more,” says Aaron Devaney.

While the menu extends the cafe’s philosophy of diverse and fresh flavours, a major difference in the restaurant is that meals are designed to be shared. The food is an eclectic mix, with garlic labneh sitting alongside ceviche and Argentinian-style chimichurri chicken. “It’s not necessarily about sitting down and having one kind of cuisine,” says Devaney. “You see people ‘mismatching’ and ordering bits and bobs,” adds Richardson.

Attention to detail is a big thing for the Henry Lee’s trio, who have cultivated close relationships with their suppliers. Tableware – some items bespoke – is handmade by Darlinghurst’s Studio Enti. Richardson can tell you about the dogs that sniff out the truffles that are served in the three-mushroom ravioli.

The extensive, rotating wine list features Australian drops almost exclusively, aside from an obligatory bottle of champagne (Perrier-Jouet). As well as minimal-intervention wines from the likes of Sigurd, Ephemera and Frederick Stevenson, there are several Cake Wine bottles available too, in a cute nod to the venue’s past.

If you order the absinthe (for two people), an absinthe fountain will be brought to your table for an elaborate pouring that involves flames. Alternatively, get a cocktail, such as a Watermelon Martini, two types of Mimosas and the Henry Lee (Grey Goose vodka, Mr Black Cold Pressed Coffee Liqueur, double espresso), which would be an ideal drink to sip while listening to the Nick Cave and the Bad Seeds track the cafe is named after.

This article first appeared on Broadsheet on August 14, 2019. Menu items may have changed since publication.