From cafe, to restaurant, to intimate bar, Redfern Continental at Arcadia Liquors has it all. Come for breakfast, stay all day. 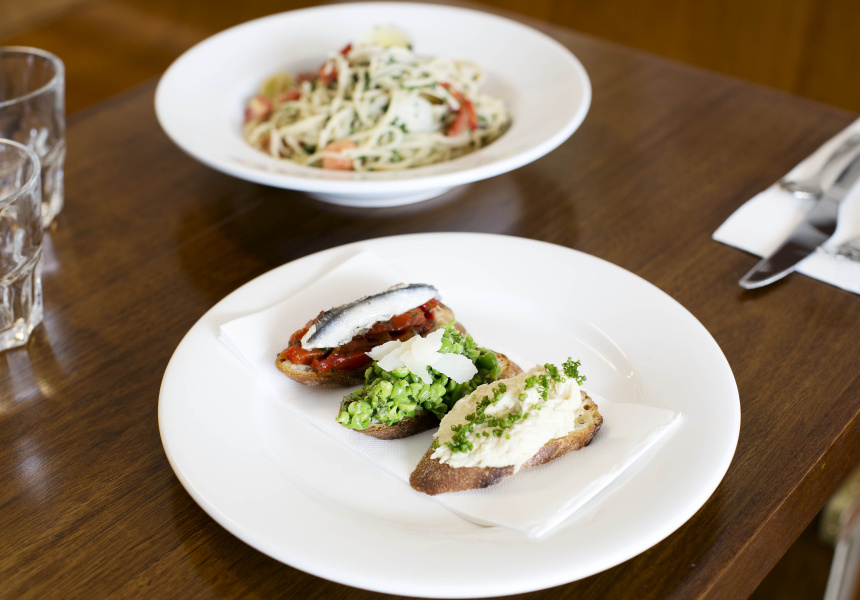 “Everybody knows us at Arcadia, and for years they’ve been asking us, ‘Where the hell is the food?’ So we thought we’d better get onto it,” says Jank. “We just wanted to give everybody a reasonably priced neighbourhood restaurant to fill in what we thought was lacking in Redfern.”

The European menu, designed by Katie Cooper (Almond Bar, Il Baretto), gives a nod to Jank’s Austrian heritage. Served from 7.30am, breakfast may seem pretty basic with paninis, pastries and fruit the only choices. However, when you look at it together, with the street-facing window serving takeaway coffee, it lends itself nicely to grabbing breakfast on the run.

Stay for lunch and you can again order panini, except this time with heartier fillings such as meatballs or eggplant parmigiana. A few salads, pastas and schnitzels complete the menu. Dinner brings more variety with some of the lunch favourites plus heavier mains such as bratwurst or kransky with fried potatoes and sauerkraut, or chargrilled, herbed spatchcock. There’s also a selection of smaller share plates and crostini on offer. “Because we have the bar out the back, we want the food to be a bit more sharable,” says Jank. 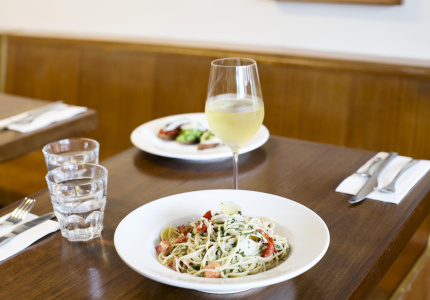 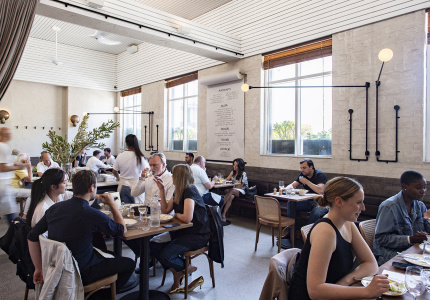