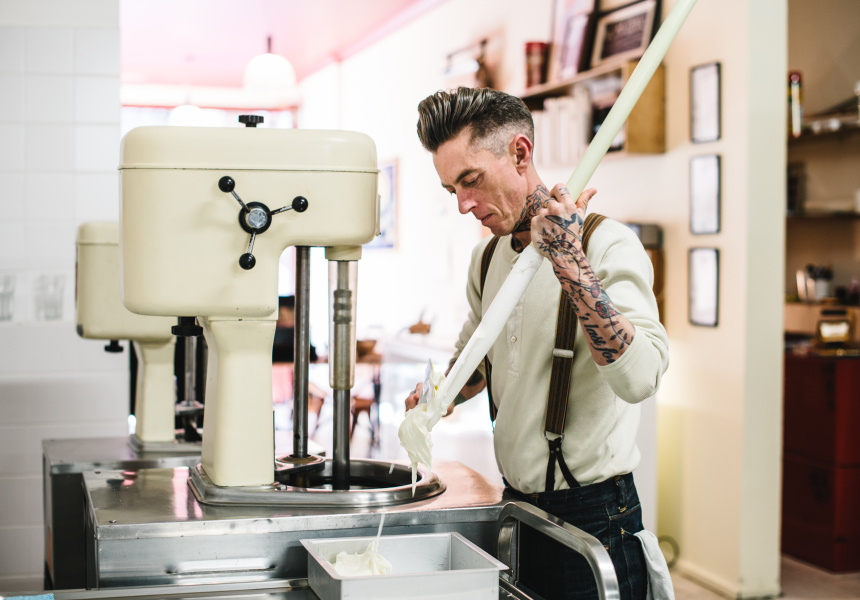 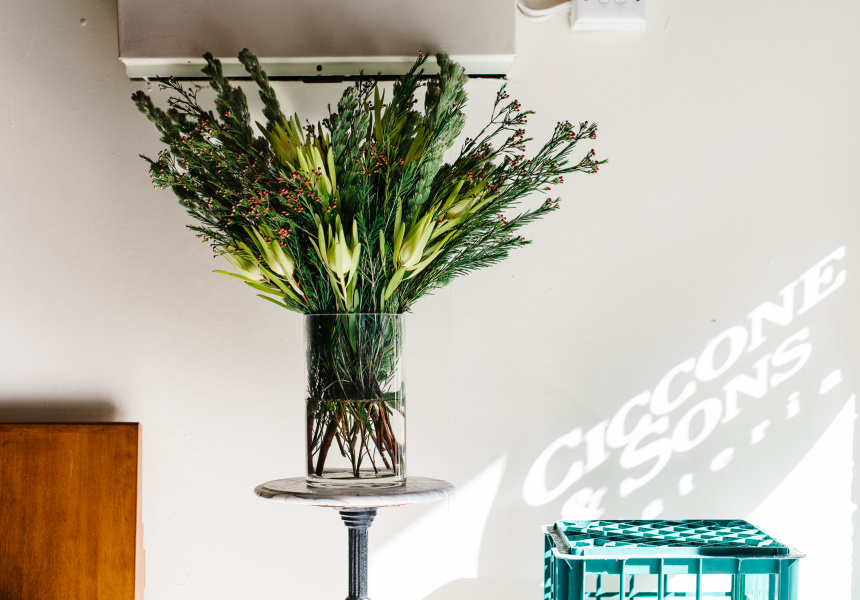 Ciccone & Sons is all about fresh, handmade gelato, just don’t expect a gaudy, fluorescent display filled with colourful mounds of ice cream in this homey gelataria and coffee shop.

“We have deliberately gone with a box freezer where we scoop top down, so you’re always getting fresh gelato. It’s better for the ice cream,” says co-owner and award-winning former Bar Italia gelato chef, Mark Megahey. He and partner Sean O’Brien opened Ciccone & Sons in June.

“We make everything we possibly can from scratch, so no pre-made bases, no paste flavouring from cans.” The gelato is made using jersey milk for an extra creamy taste, with whole nuts and fresh fruit. “We make all our flavourings in-house, our own ice magic, so they are only available at Ciccone & Sons.”

Churning out fresh gelato from the two retro Carpigiani vertical batch freezers sitting side by side in the open kitchen, the pair is able to see when the gelato is ready.

“Ciccone & Sons is all about traditional methods – there’s a bit of history in those machines; they were built in Bologna, Italy and they actually don’t make these any more, so they’re really back-to-basics,” says Megahey.

Choose flavours from the handwritten menu, where traditional flavours such as vanilla or chocolate mix with weekly specials.

“‘We’re constantly experimenting,” says Megahey. “We do a mascarpone panna cotta, tiramisu. – We’ve experimented with a few Pepe Saya products. People are going crazy for the buttermilk. Crème brulee (with a dulce de leche base) went mad, we made it three times in one week.”

The shop itself was once a bakery and then a furniture store of sorts. Now you can take a seat on the wooden benches and enjoy your gelato with an espresso and cannoli (if they’re not already sold out) while listening to jazz. Takeaway boxes are available too.

“There's a real sense of community here, which we love. We’ve been told it’s like walking into a friend’s lounge room, and we see it that way. This is our lounge room and that’s our kitchen.” Despite opening a gelataria in the middle of winter, these Redfern newcomers have been welcomed to the neighbourhood.