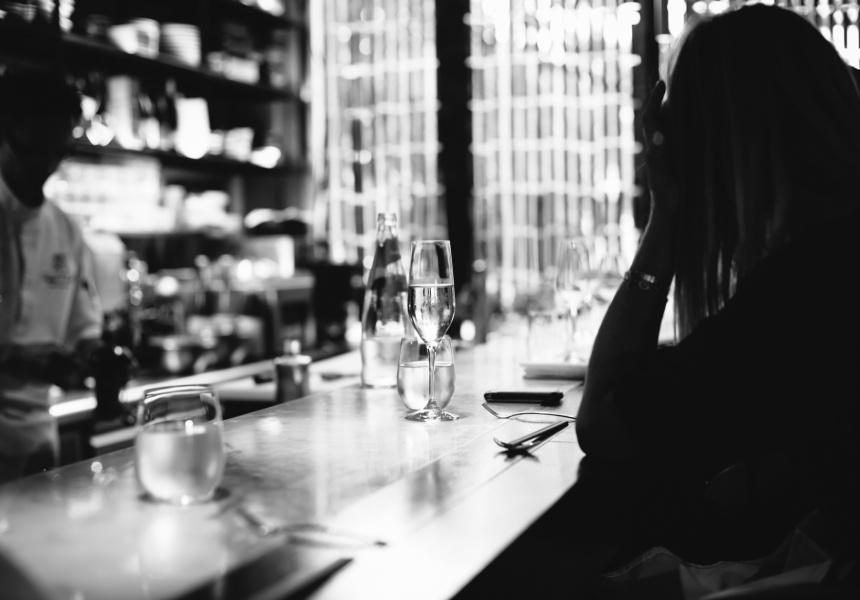 Ask to see the menu at any Sydney restaurant and you’ll likely be met with an obliging smile. Things are a little different at Raita Noda’s new self-titled restaurant on Riley Street. Here the chef’s selection replaces the menu and there’s not a table in sight.

A drastic change from running the kitchen of the 200-seater restaurant Ocean Room, Noda’s new place has space for just eight guests. “I’ve always wanted to open something really small,” Noda says, admitting he wanted to bring his focus back to the food. “When I first opened Rise in Darlinghurst, it was a small, 50-seater restaurant. All the customers – even the regular customers – wanted to sit at the counter.” Now, everyone can.

The slightly pokey space (where Riley Street Cafe used to be) is reminiscent of a narrow Tokyo diner. With everyone seated at the counter, it feels less like a restaurant and more like an open kitchen, so don’t expect white tablecloths or wait staff. It’s just Noda and Momotaro – his son and apprentice – doing all the cooking and serving themselves.

There’s no menu here, either. Instead, Noda offers omakase (chef’s selection) with dishes changing daily depending on what produce he can source, though seafood is always the hero. “When I see the produce, that’s when I come up with the ideas,” Noda says. We can only imagine what was running through his mind when he first saw the purple octopus tentacle that’s waiting to be prepped on the bench. The space is completely open, so you can see everything happening.

Understandably, bookings are essential. For $120 per person you can have the full, 10-course degustation. Make sure you allow plenty of time too – it’s not the kind of dinner you want to rush through. Each dish is made on the spot so a sitting takes anywhere from two-and-a-half to three hours. Longer if you want to savour every mouthful.