The overhaul of Queens Hotel in Enmore is complete. 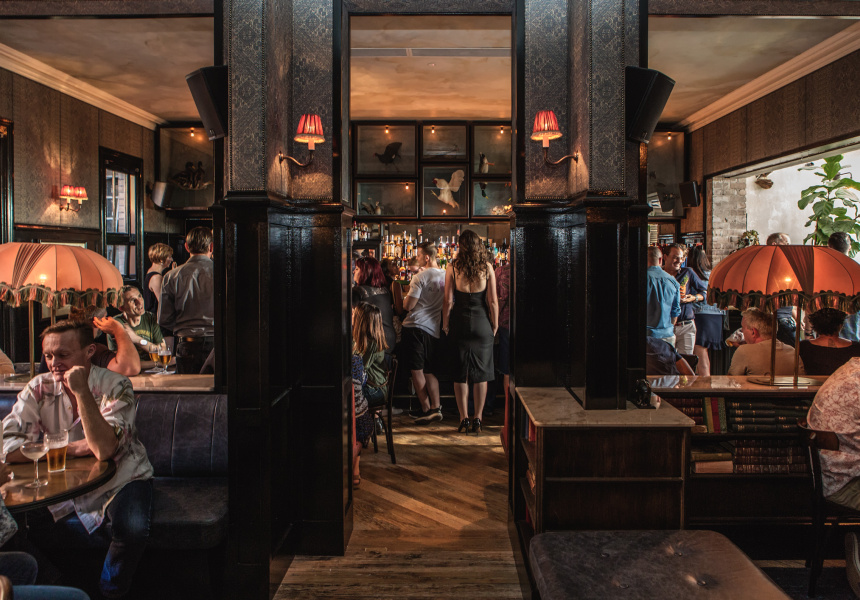 What do most Australian towns, regional centres and suburbs have in common? A Chinese restaurant and a pub. Hospitality group Merivale wanted to bring them together at the redeveloped Queens Hotel in Enmore. The result is a three-in-one venue comprising the Queen Victoria pub, Queen Chow restaurant and cocktail bar, The Smelly Goat.

“It works. It's your neighbourhood pub and Chinese restaurant in one place,” says Patrick Friesen, one of the pub’s head chefs. Friesen and fellow ex-Papi Chulo chef Chris Hogarth are behind the modern-Cantonese dishes at Queen Chow, which can be ordered throughout the venue.

Western-Chinese food won’t be honoured here, though; there’s no sweet-and-sour pork, honey-lemon chicken or fortune cookies. But Hogarth and Friesen aren’t taking a traditional approach, either. They’re inspired by every level of Hong Kong dining, including popular standards. “Roast duck is roast duck, and barbeque pork – there's no point in changing, it's amazing,” says Friesen.

During the day, Queen Chow offers exclusively traditional Cantonese-style dumplings by Eric Koh (dumplings will also be available at night). “He’s doing steamed and fried platters. They're sick, you get eight pieces but four or five different varieties,” says Friesen.

The design of the downstairs bistro has all the colours and features of a rural pub: dark timbers, green tints, leather and not a hint of concrete or steel anywhere.

The plant-filled courtyard is more Coogee Pavilion in look and feel. The Smelly Goat, upstairs, has a swanky tavern feel with black timber panelling, taxidermied birds and an onyx bar.

“Upstairs is a bit more out there,” Friesen says. It’s playful, the cocktails are fruit-juice heavy and minimal on the Chinese influence. The downstairs bar on the other hand collects a mix of old and new school beers with local, and Western European wines.