From opening new venues to travelling for inspiration, we chat to publican Jaime Wirth to see how Drink’n’Dine is tracking, six months after the tragic loss of his business partner. “It’s a bit like going into battle. I love the day-to-day, but I really like the six months leading into a project and then the three months after it,” says Jaime Wirth with a grin. He’s sitting by the fireplace upstairs at his venue The Forresters, tucked into a table at the flamboyantly decorated Queenie's bar.

Wirth is the DJ turned publican responsible for breathing new life into some iconic boozy landmarks, including The Carrington and The Flinders in Surry Hills. Noted for their quick turnarounds, his Drink’n’Dine hospitality group almost constantly has a project on the go. The sudden and tragic death of Drink’n’Dine business partner James Miller earlier this year rocked the team deeply, but six months on the group has come to terms with the loss and continues to move forward despite the tragedy.

“He’d always say that the people you work with are the people you spend your life with, so we tried to pick colleagues like we were choosing friends,” says Wirth of he and Miller’s approach. “In that way, I think it was hard for the staff, but at the same time we closed the pubs for the Monday and then reopened because it’s the nature of the game. You can’t sit around and mope. In some ways it was nice to have something else to focus on,” Wirth chuckles: “James probably wouldn’t have even closed for the day if it was up to him.”

Little has slowed down in the ensuing months. Wirth has just returned from a research trip to LA and New York and there are upgrades and new openings in the works for later this year.

“I took Mike Delany [designer and business partner in Drink’n’Dine] and Jamie Thomas, our executive chef, and we just went and basically ate four or five meals a day for a couple of weeks.” He rolls his eyes with a grin. “You learn the art of moderation. We were eating a lot of food but you kind of have half a burger, or a few bites of something. You get to the point where you just can’t eat any more, even if it’s really good.”

The big news to come out of the trip is that the team is set to rework another pub later this year. “It’s called the Oxford Tavern and [at the moment] it basically runs topless waitresses and lunchtime strip shows on Wednesday and Friday.”

The team are drawing inspiration from the Patrick Swayze film Road House – “you know, before the bar gets cleaned up” – with a barbecue beer house feel, pub classics on the menu and a separate American barbecue kitchen. Suffice to say, the strip shows won’t survive the handover.

There are also exciting additions and changes afoot at some of the existing venues, including additional kitchens, diners within bars and longer hours. But it’s the planned House of Crabs upstairs at The Norfolk (slated for September) that really gets Wirth talking about food. “One of my favourite things to eat in America is a lobster roll from Luke’s Lobster…it’s so simple. Heaps of lobster, a little bit of mayonnaise, oregano and lemon in a hotdog bun…fried in butter. It’s the best thing you’ll ever eat.”

Wirth notes that it’s the relative price point of seafood in the States that allows them to do it so well, but doesn’t shy away from wanting to create his own version of a crab boil in a local context. He’s thinking Louisiana crab shack meets Coney Island seafood hut with bibs and scraps thrown on the table.

For Wirth, it’s a combination of his own “FOMO” (fear of missing out) and the current climate surrounding pubs in Sydney that has allowed him to develop the group’s identity.

“It’s a bit of a unique time for Australian pubs. There are a lot going out of business… It’s about making the most of a gap in time that may not come around again.”

And right now there’s no question that Wirth is bringing us back to our local pubs.

Current Drink’n’Dine venues include:
The Norfolk
The Carrington, with The Apartment upstairs
The Forresters
Queenie's
The Abercrombie
Santa Barbara 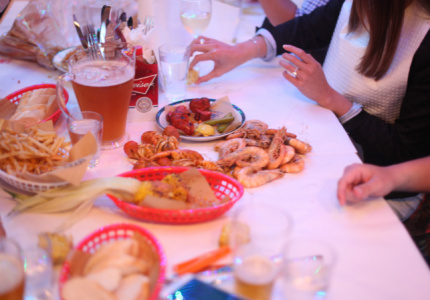 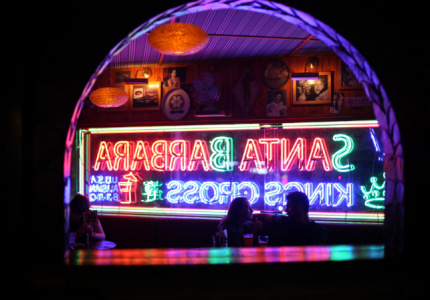 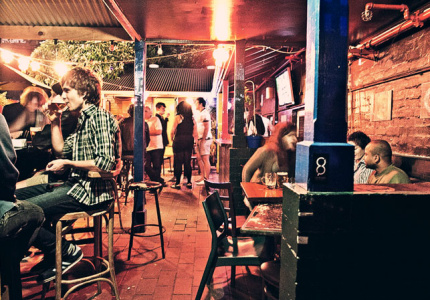