A Pub Opens in a Former Marrickville $2 Shop

The Marrickville Hotel has been resurrected by a couple of the people behind Arcadia Liquors – they’re calling it the first of the small-bar pubs. 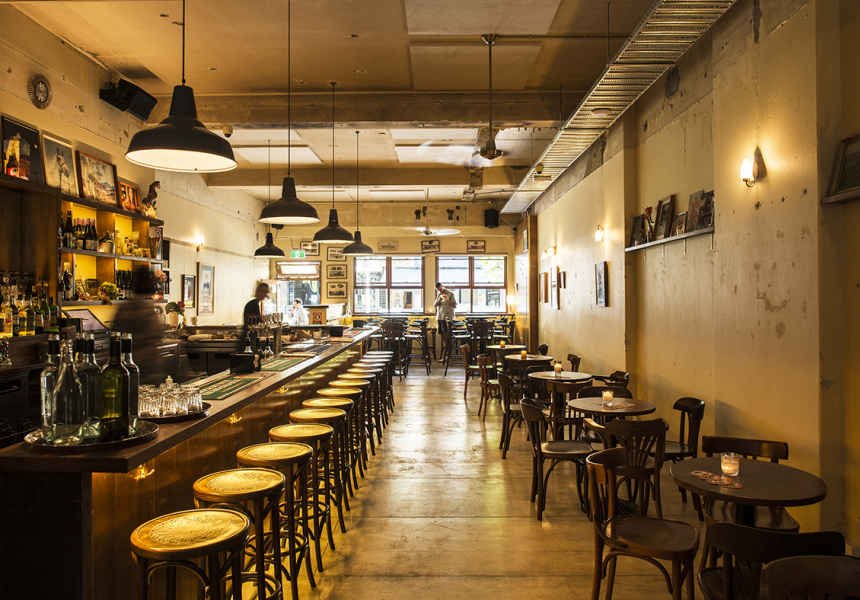 Marrickville resident Pascale Crouche-McDonald says her inner-west suburb might have plenty of excellent cafes, some pubs and bars, but it lacked a decent larger casual venue where people could easily get a drink.

Enter The Marrickville Hotel. “We like to think of it as the first of the small-bar pubs,” says Crouche-McDonald, who is running the show fresh from her role as venue manager at Redfern Continental.

“It’s big enough to know that you'll get a seat and small enough for it to always feel welcoming.”

Crouche-McDonald co-owns the pub with Kim Fasher, David Jank and John Archinal. You might recognise Fasher and Jank from other inner-west venues – they also make up one half of the team behind Arcadia Liquors, Redfern Continental and Ron’s Upstairs; while Archinal used to work at Arcadia.

The Marrickville Hotel is pub in spirit yet bar in approach, and Crouche-McDonald says the idea was to create a space that wasn't divided into specific areas for eating and drinking. Punters and their four-legged friends are welcome to hang by the bar, sit in the courtyard, take a seat at the window counter overlooking Marrickville Road, or venture into the small “yes-to-children-when-under-supervision” area.

The Marrickville Hotel's name isn’t exactly new – a pub used to trade under that name at another location, but was deregistered in 1979. Marrickville Hotel 2.0 has taken over the space occupied by the Smart Dollar shop (which, before that, was a factory and a hardware store in the 1960s). The two-dollar shop sign still hangs outside.

Fasher worked with builder James Irving (of JIC & B) for the design and has brought together an interesting mix of greenery, recycled timber, and strange and wonderful artworks, objects and old signage unearthed in the renovations. Jana Stewart from Petersham’s Microcosm lent a hand in creating what will soon be a jungle courtyard.

The drinks list is in keeping with its low-fi pub feel, with a focus on beers. There’s six taps – one pouring fellow Marrickville resident Grifter Brewing’s Pale Ale, along with VB, Reschs, Philter IPA, Wayward’s Berliner Weisse, from Camperdown, and Mercury, a cider from Hobart. There are also tinnies available from local brewers such as Willie the Boatman, Yulli’s and, and Canberra’s Hawke’s. The cocktail list features the usual classics mixed in with some of the team’s own creations.

There’s a bit of food – things such as a meat and cheese plate and a toasted sandwich (just like at Arcadia) – and a small, mainly local wine list, but Crouche-McDonald says that’s not something they’re pushing. She says there are venues in Marrickville already “ticking the boxes”, like nearby wine bar Where’s Nick, for example. She adds, boldly: “Marrickville is the culinary capital of Sydney so there's plenty to eat if you want to dine.”

This love for the suburb is echoed in a recent Marrickville Hotel Instagram post: “Marrickville – the greatest country on earth.”

This article first appeared on Broadsheet on February 28, 2019. Menu items may have changed since publication.