And the custom-made sausages by Chrissy’s Cuts it will serve. 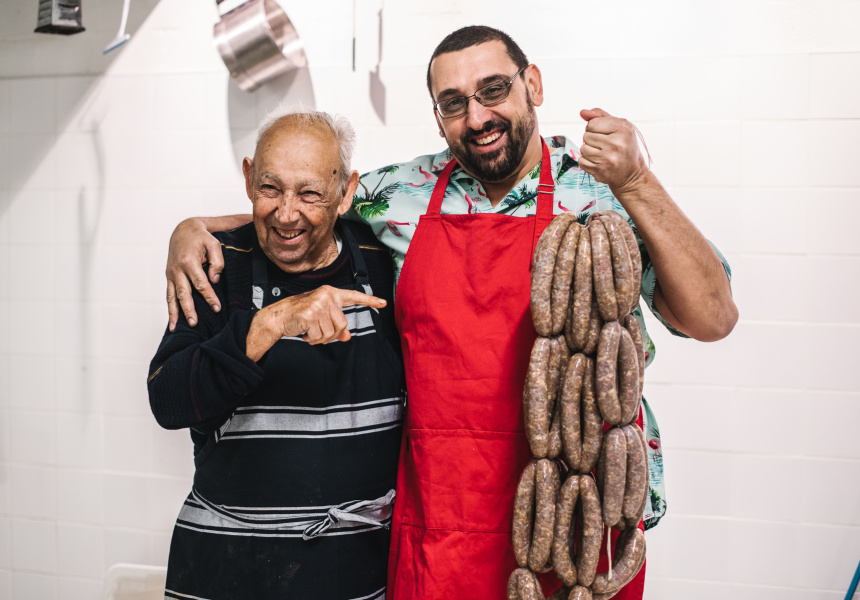 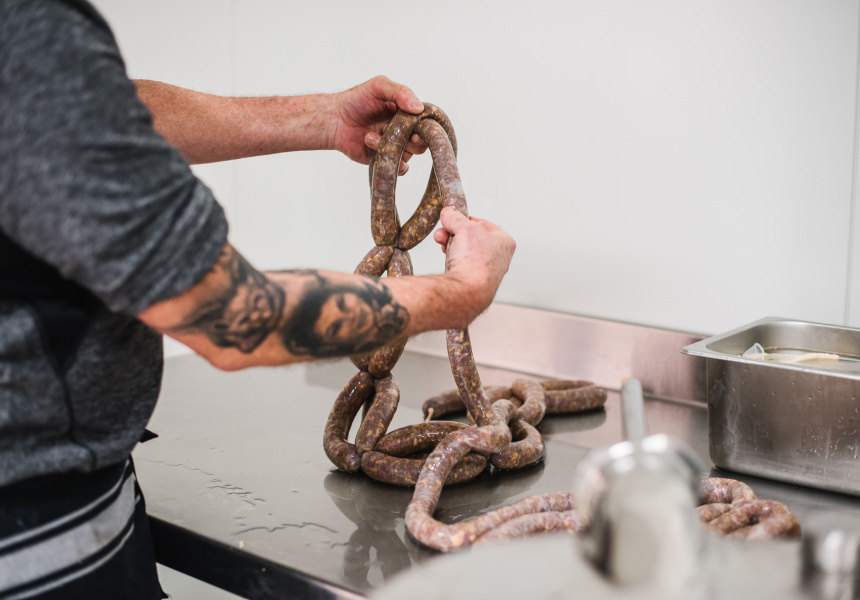 In December last year, media consultant Chrissy Flanagan launched a small-batch sausage company, Chrissy’s Cuts, with a single goal in mind: nothing less than a complete rebrand of the sausage as we know it. As Flanagan set out on her noble quest, Chef David Tsirekas (formerly of Perama and Xanthi, and one of the minds behind the soon-to-open 1821), stumbled across her on Instagram.

Tsirekas is a chef who likes the process of sourcing produce to evolve organically. He’s passionate about fostering authentic relationships with a community of local artisans, and Chrissy’s Cuts caught his eye, “The reason I took this gamble is because I really want to move away from doing things in-house because, one, it’s labour intensive and two, it can turn out to be very costly,” he says. “When you work collaboratively with someone you trust, you tend to have more control over the development of the product, and consequently, the outcome.”

Flanagan and Tsirekas plan to work together on a range of custom-made sausages for the 1821 (when we visit, there’s talk of an aromatic blood sausage and a Gardoumba wrapped in thick intestine).

An exclusive look at the rest of 1821’s draft menu reveals dishes split into appetisers, vegetables, fish, meat, game and sweets. Look forward to lakerda (charred and pickled bonito on bread with black-garlic skordalia); chips with oregano and crumbled feta; lobster and mackerel spaghetti with shaved bottarga; and lamb forequarter slow-roasted for five hours and finished on the barbeque.

The fit-out was designed and built in Greece by Dimitris Economou and shipped to Australia. A sneak peek reveals red light fittings with tassels that look like hanging fez, beige leather booths and the Greek key pattern throughout.

Early on a Thursday morning we dropped by Chrissy’s Cuts’ commercial kitchen to find the collaborators hand-mixing the first batch of sausages that will be served at 1821. The first two batches are inspired by loukaniko, a traditional pork sausage. The third is a mix of camel and earthy aromatics. Australia has the world’s largest population of farmed and wild camel, so it makes sense to put the delicacy on our menus. But Tsirekas also reminds us camel has featured in Greek cuisine for centuries. So what exactly does camel taste like? Tsirekas says it’s not as scary as it sounds: “It’s a lean, gamy meat that tastes similar to dry-aged beef.” To make the sausages the two loukaniko and camel offerings will be rolled out on a large share board with nothing but a simple squeeze of lemon added.

Over in the corner of the commercial kitchen, Tsirekas’s father George, a lively man well into his eighties, prepares a sausage he used to make as a boy. It’s a fiercely guarded village recipe from northern Greece. It uses a special spice mix that has been passed down by mouth and memory. When pressed for the details of the secret batch, George lets out an incredulous laugh and goes back to churning.