Breathing new life into the old Gastro Park Site, it’s offering a degustation with matching wine for $100 per person. 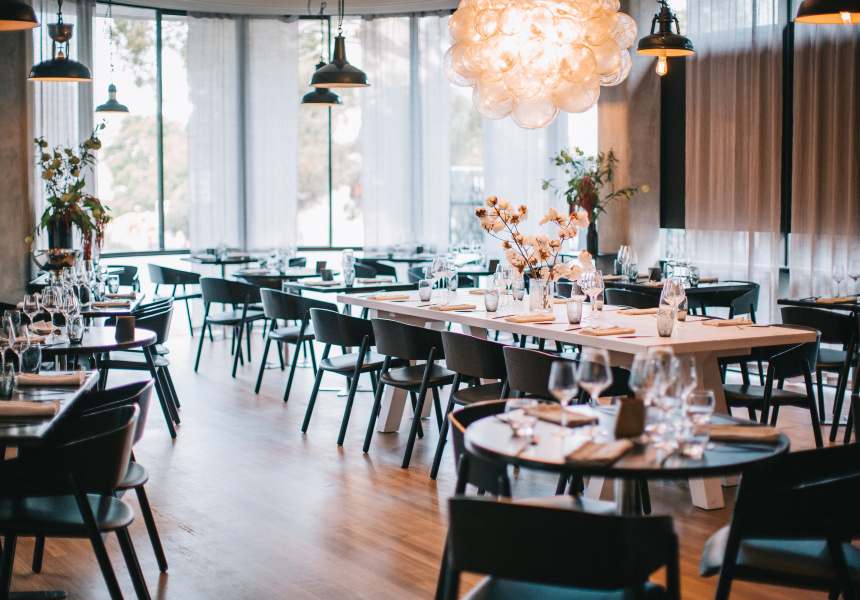 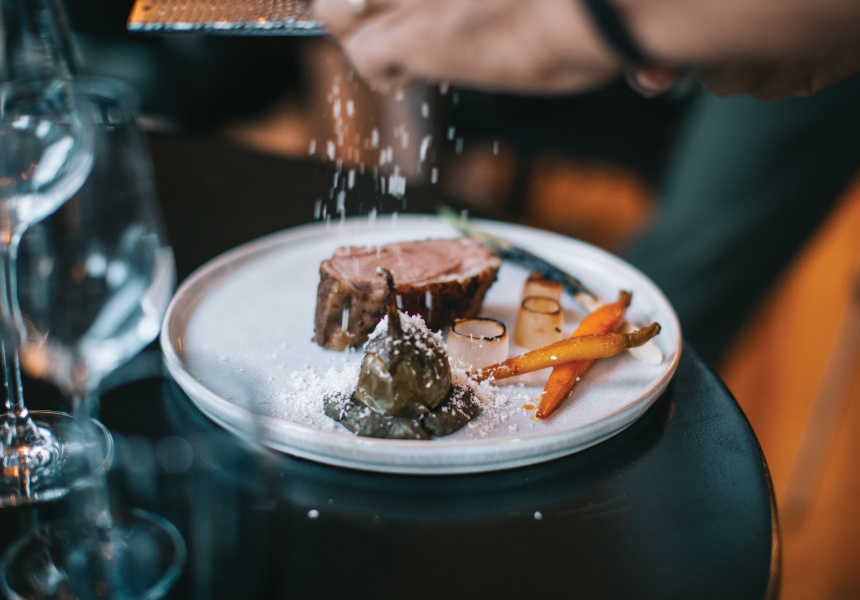 The “Barcelona” building might be one of Potts Point’s most surprising and striking architectural structures, but it’s got a high restaurant casualty rate.

The former Gastro Park site, which then became Antipodean, and then Etelek, is now home to an ambitious French restaurant, Metisse, that’s bucking the share-plate trend.

“People can say it’s a bad location, but I disagree. It’s a fantastic location,” Opel Khan, chef and restaurateur of Metisse, tells Broadsheet. “In the last 18 months, Kings Cross and Potts Point have changed so much. So many new restaurants have opened, and I think in the next 12 to 18 months this part of Sydney is where you will find more good food.”

The kitchen is a very French affair, with Benoit Lollichon – a graduate of Michelin-star Parisian eatery Restaurant Guy Savoy – at the helm. Khan has owned and managed more than 15 restaurants in Australia, including two Surry Hills restaurants, Guru and Beluga; is the author of cookbook Sex in the Kitchen; did his apprenticeship with French-food royalty, brothers Albert and Michel Roux; and worked alongside Marco Pierre White. Khan’s daughter, 19-year-old Lucinda Khan, is stepping in as sous chef. Khan says with Metisse he just wants to bring “affordable luxury” to diners.

“I want to give people three-Michelin-star food at bistro prices,” he says. “People ask how am I able to do that. For five days between 4.30am to 5am, you’ll see me at the Sydney fish markets or Flemington fruit and vegetable markets. I’ll hand-pick and pick up all my produce. That’s how I can keep my cost low yet give people fresh and really good food.”

Khan says dishes are “old classics with a new spin”. There’s duck a l’orange, which is soft and crisp confit duck layered between potato and drizzled with orange sauce and served with a gold-dusted quail egg. The foie gras comes with a chickpea sponge, green lentils, beetroot jelly and horseradish “snow”.