A Turkish meze bar hidden in a former hair salon is serving charcoal meats, Turkish booze and street food. We take a first look inside. 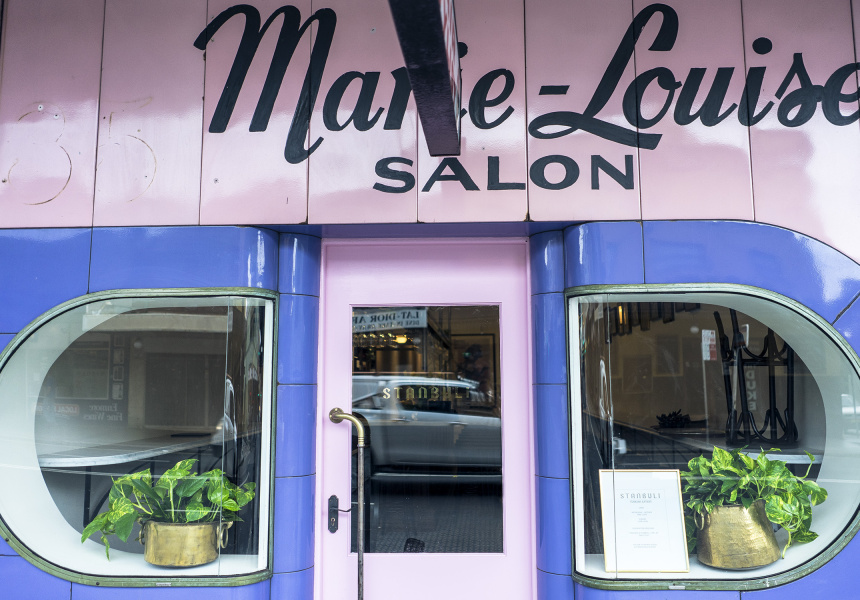 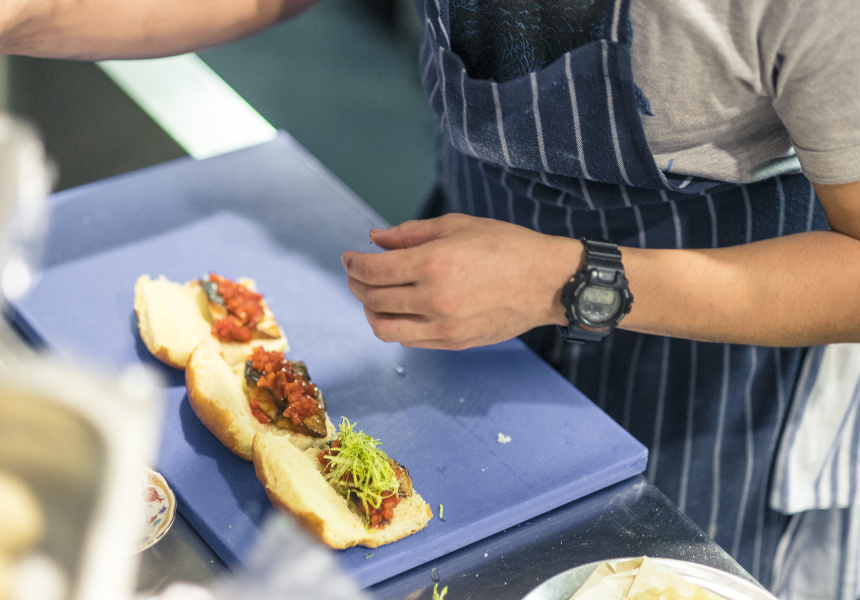 Stanbuli is a kind of Turkish meze speakeasy. Like Earl’s Juke Joint down the road, it’s hard to tell it’s even there. The façade still has the salmon-coloured paint and signage from a 1950s hair salon, but inside it’s beautifully tiled and decorated – it looks like a mix between a traditional bathhouse and a charming Mediterranean bar.

It’s the dream project of Ibrahim Kasif, an ex-Porteño chef (who’s joined in the business by Porteño’s Joe Valore and Elvis Abrahanowicz) who wanted to get back to his roots. “I always wanted to do this style of thing, a meyhane; that's the equivalent of a taverna or tapas bar,” he says. “This style of eatery is very popular, very accessible. You can either have a salad and a couple of drinks and go on your way, or you can make a real night of it. That's what I wanted to capture.”

The first page of the menu is dedicated to raki mezesi, or mixed plates to have with the aniseed-infused Turkish liquor. “The most common raki mezze is melon and cheese, olives and maybe some cured meats. We also have a bit of an homage to street food with the stuffed mussels.” Each of the mussels – the actual molluscs rather than the shells – is packed with olive-oil-heavy rice fragrant from a pepper and allspice infusion. The pastirma (Turkish cured beef) is made in-house with chilli, garlic, fenugreek and cumin, then air-dried for several weeks.

For longer evenings mix some Turkish beers and wines with a long list of meze plates and charcoal meats. One thing you’re unlikely to find anywhere else in Sydney – and certainly not as good, anyway – is the charcoal roasted seftali, a Cypriot-Turk-style lamb and beef kofte wrapped in caul fat (the membrane that surrounds the stomach). The meze ranges from savoury tomato-braised flat beans and smoky eggplant with cucumber and sumac, to pickled octopus and lamb brains with purslane, yoghurt and charcoal grilled olives.

Although serving traditional Turkish food, Kasif is keen to distance himself from the cuisine’s stereotypes. This isn’t kebabs, shish or pide. Nor is it the food you’d find in a Turkish home. It’s simply the cuisine of the meyhane. It’s a similar philosophy to that of the pared-back fit-out, which resembles Abrahanowicz and Valore’s Continental Deli. “In Turkey it’s contemporary, it's not like they have rugs on the wall and everything's shouting: ‘We’re Turkish!’. It is what it is, a marble or wooden bar with some chairs and tables.” 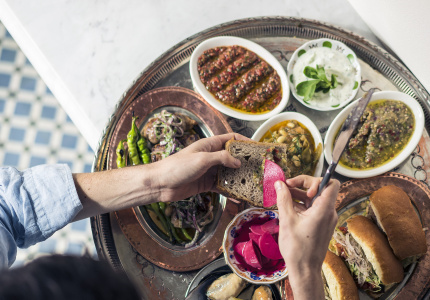