The Porteño Team is Opening a Deli

This is going to be the only place in Sydney where you can get an anchovy degustation, and it's opening on Monday in Newtown. 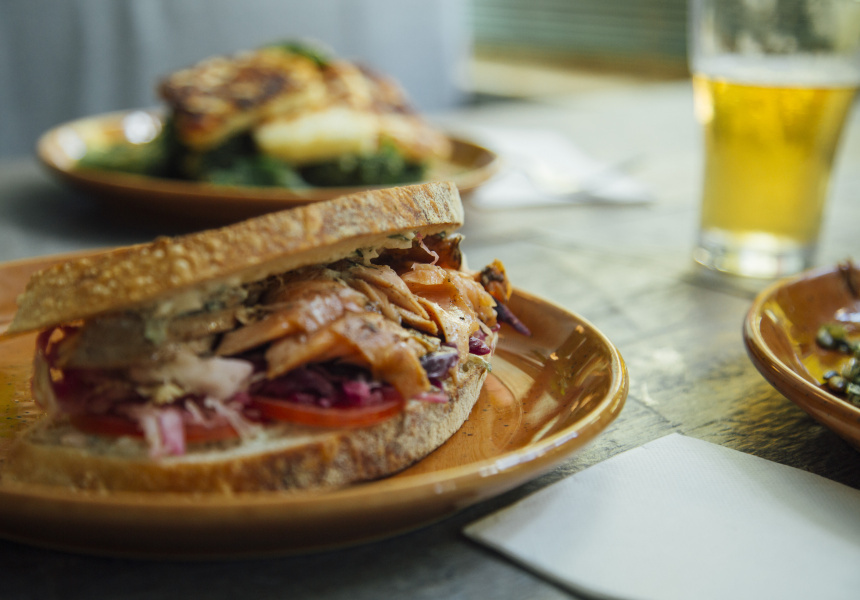 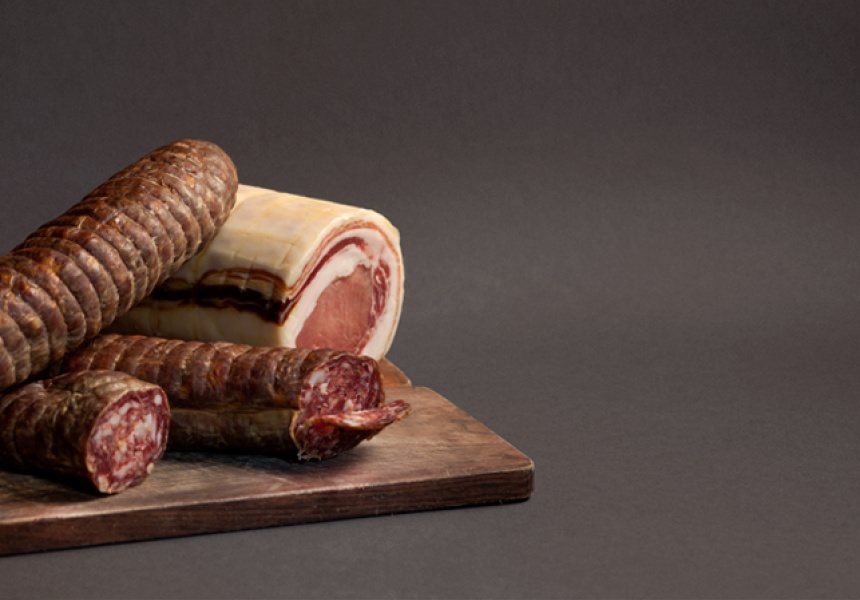 Porteño and Bodega’s Joe Valore and Elvis Abrahanowicz (who is also involved in the upcoming Unicorn Hotel) will open the much-anticipated Continental Deli Bar and Bistro next week in Newtown. The deli, which will take up the downstairs half of the venue, will open before the upstairs bistro, which will be ready late next month. Abrahanowicz describes the deli as a reimagining of his childhood lunch box, with cured meats, bread, cheeses, canned vegies and tinned seafood. “Me and Joe have always wanted to open up a deli. I've had an obsession with tinned seafood and canned food. We grew up eating it.”

Abrahanowicz says he’s been excitedly toying with his own canning. “It's been getting pretty nuts. We've got this vintage canning machine from the early ’60s. It weighs a lot. It's a crazy-looking machine. We've had a lot of fun canning sardines, tuna and everything.” Abrahanowicz and Valore are still working to get their canned fish approved to sell, but until then they’ll offer a huge range of imported fish. “We'll probably have the biggest selection of canned seafood I've seen anywhere. We'll have a massive selection of anchovies and sardines. You could do an anchovy degustation if you wanted to.” He means that literally. The sandwiches will come with help from Brickfields(link)’ Simon Cancio. “I've been begging him for a long time, he's doing the baguettes again and some special ciabatta roles for sandwiches, he's pretty excited,” says Abrahanowicz.

While all the food will be available to buy and take home there’ll also be a bar downstairs for inter-deli snacking.

“We'll open from 10am, so you can come in, have a sandwich, sit down at the bar, get a plate of cold cuts, a cheese plate, some sardines and have a glass of wine or a glass of sherry.” The wine list, running off the same menu as the future upstairs venture, will be much more varied than the South American focus at Porteño. “It’s from everywhere; Italy, France and lots of Australian vintages out of Joe's cellar – it’s lovely that he's put them up,” Abrahanowicz says. There’ll be a concise list of classic cocktails, including a canned drink they’re calling a Mar-tinny.

Once the bistro is open upstairs, Abrahanowicz says the sections will have a close relationship. All the food served upstairs will be available after 6pm at the deli. All the ingredients used will be available to buy throughout the day over the counter.

While the tinned-fish products Abrahanowicz and Valore have been experimenting with won’t be available to eat upstairs or over the counter just yet, you will be able to try their range of canned deli goods. “We've got a few products already; we'll have some curried lentils, canned corn, peas and classic sort of stuff, but with a twist.”

Continental Deli Bar and Bistro will open on Monday September 28.