In a remodelled shipping container at Sub Base Platypus, you can now get toasties, avo toast and delicious P&V Wine. 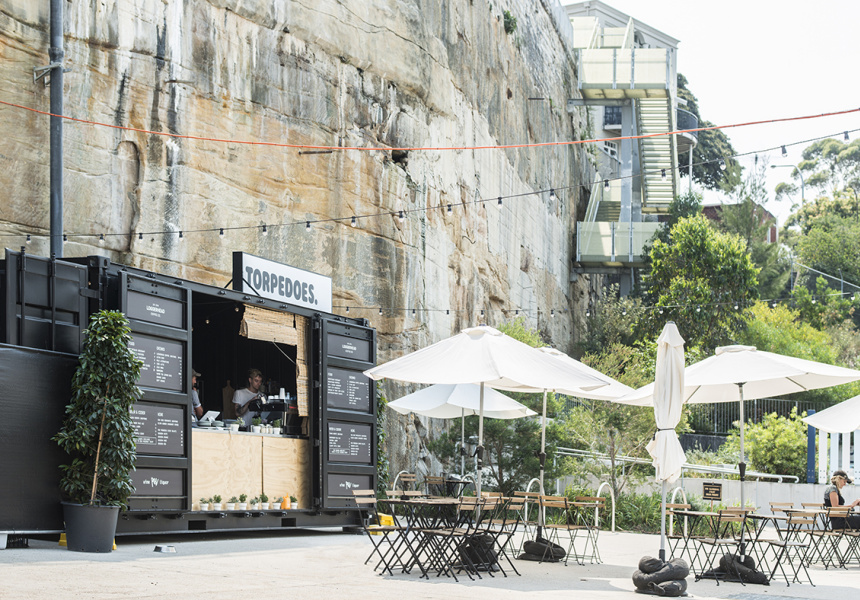 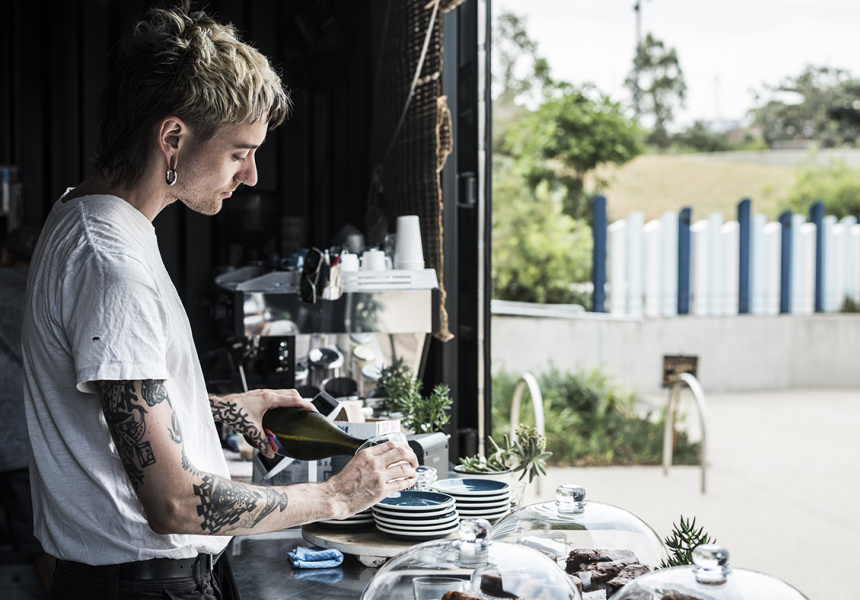 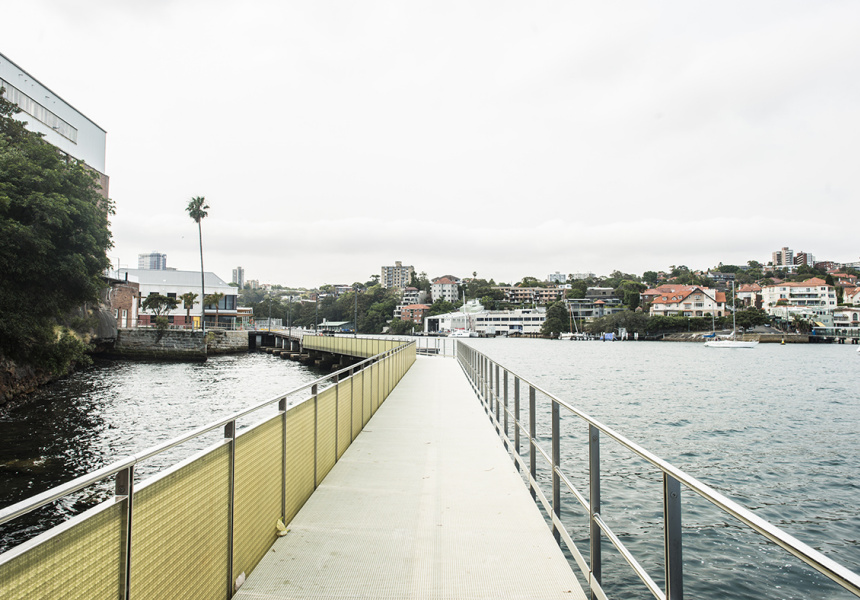 While North Sydney’s little-known Sub Base Platypus continues its transformation, Sydneysiders are getting a glimpse of what the former torpedo factory and submarine base could become with the opening of Torpedoes, a pop-up cafe and wine bar in a remodelled shipping container.

Sub Base Platypus opened last year, providing public access to a section of the harbour foreshore that’s been closed to the public for more than 150 years. The area was previously home to a gasworks for North Shore streetlights and a torpedo factory, as well as some homes and businesses. Most recently it was known as HMAS Platypus, when it was a base for the Royal Australian Navy’s Oberon-class submarines.

It now has an over-the-water walkway that links it to Kesterton Park, a playground, North Sydney ferry stop and a recreation area on the water’s edge. There’s shade, barbeques, and now, Torpedoes – a cafe run by Jeremy Gordon and Billy Minett, who aren’t strangers to reinvention.

Gordon (who’s also owner of Byron Bay’s Top Shop cafe) has worked the festival circuit at Big Day Out, Splendour in the Grass and Boogie Festival, with a focus on lifting the culinary options at those events. Minett was most recently the manager at Annandale’s Cherry Moon General Store and, before that, part of the Mary’s crew that reopened live-music venue The Lansdowne Hotel.

Minett says refurbishing the old shipping container and transforming it into a pop-up kitchen was appealing because it meant they could bring a small part of the inner west to North Sydney. “The area is craving some quality products and quality services,” he tells Broadsheet.

“We’ve envisioned what this place could be. It has a lot of potential when the whole site opens to be a beautiful function space. It could be arts, it could be cultural. There’s a lot of scope to expand,” he says.

The container has a counter made of raw plywood, a handwritten menu and framed black and white photos of the area. Like the fit-out, the menu is simple. There’s a selection of pastries from Chippendale’s Brickfields, an outstanding cheese, ham and tomato toastie served with a pickle, and avocado on toast.

“There’s an idea to rotate food trucks on the weekends so they can do the food for the day, maybe a Saturday, and we might just trade as the bar,” says Minett.

Torpedoes x P&V Wine & Liquor Merchants will be hosting an oyster and wine event on Sunday, December 15. It hasn't been confirmed what date the pop-up will end.