The Jac+ Jack designer talks wine, food and nature in the Yarra Valley. 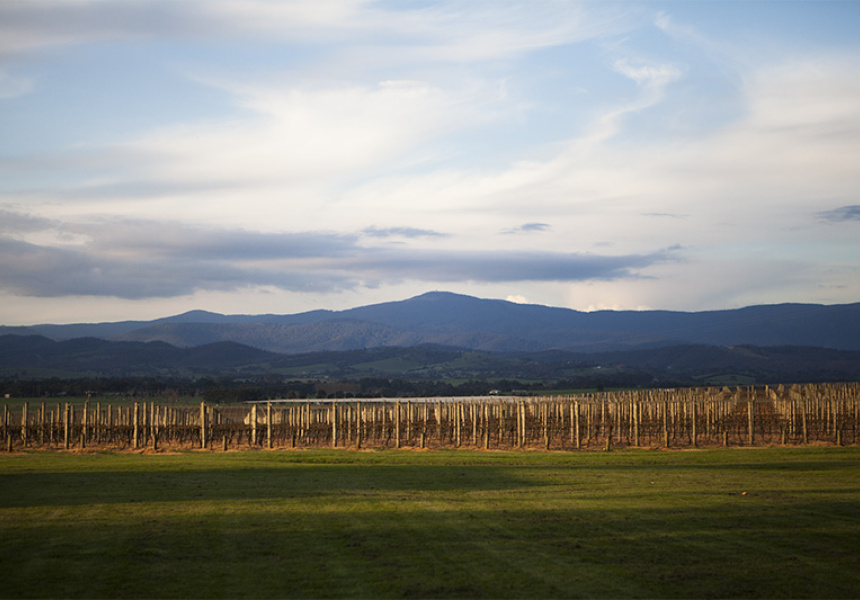 Whenever she’s in Melbourne, Jacqueline Hunt tries to make a trip to Healesville. The Sydneysider, one half of fashion label Jac+ Jack, says the region is a perfect escape from the hum of the city. With a good friend living in the town she knows it well, making the drive to the Yarra Valley as often as she can.

“It’s only an hour from Melbourne, which is incredible,” Hunt says, “You just leave the last suburb of Melbourne and five minutes later you’re in this pristine nature reserve – its lush and rolling hills, the beautiful Mountain Ash forests and creeks.”

While the stunning location and good company are natural drawcards for Hunt, Healesville’s incredible food and wine is what sets it apart. The Yarra Valley’s reputation for excellent produce is internationally known, and Healesville is the region’s beating heart.

“They have a whole tradition of slow food in the Yarra Valley,” Hunt says. A mainstay of this rich culinary landscape is the award-winning Healesville Hotel, which has found itself on many of Victoria’s “best of” lists. The hotel’s innovative locally sourced menu and wine list draws visitors from around the country to the iconic building on Healesville’s main street.

Hunt is also fond of Kitchen and Butcher next door, often stopping by to pick up some of its “incredible homemade sausages, particularly the pork and fennel.”

To sample the Yarra Valley’s best wines without having to leave town, Hunt heads straight to Barrique Wine Store, which acts as a cellar door for many of the region’s boutique wineries.

“I love pinot noir, and it’s obviously a match made in heaven between the Yarra Valley and pinot,” she says. Her favourite drops include Payten and Jones and Thick as Thieves.

The Healesville Community Market is another favourite in town. “It’s got really good stuff, fantastic old books, all kinds of glassware, pottery and a bit of produce as well.”

In nearby Yering, Hunt says Yarra Valley Dairy is producing some of the region’s best cheeses. She suggests picking up its Black-Savourine handmade goat’s cheese as the perfect companion for the Payten and Jones pinot noir.

On the road back to Healesville, stop by one of the Yarra Valley’s largest wineries, TarraWarra, which also houses a modern-art gallery.

For a slice of luxury head to The Farmhouse, which opened this January in Coldstream. The striking Tuscan villa is nestled within the stunning Meletos café precinct and with just 22 boutique rooms has an exclusive feel.

A little further afield is Warburton, surrounded by the picturesque Yarra Ranges National Park. In summer, Hunt will drive there to escape the heat in one of the township’s many creeks. Warburton is also home to Little Joe, a wood-fired pizza restaurant which is a perennial favourite. “The owners used to run Cicciolina in St Kilda. They had a bit of a tree-change and opened up this place,” Hunt explains.

After all that food and wine, you’ll probably feel the need for some exercise. Luckily, there’s hundreds of bushwalks in the mountains encircling the Valley. One of Hunt’s favourites is Mount St Leonard, within the Toolangi State Forest.

“There’s a really robust, one-hour walk which is pretty full on but it’s absolutely stunning,” she says. “You just don’t get to see that everyday. The Yarra Valley is just all that tranquillity plus having great food, wine at your doorstep.”

Create your own Play Melbourne playlist and make your next trip to Victoria full of experiences, from the Yarra Valley's food and wine to its grand forests.