QT: A Place to Stay and Eat Well

A new boutique hotel opens in Sydney with Robert Marchetti in charge of food and drink. 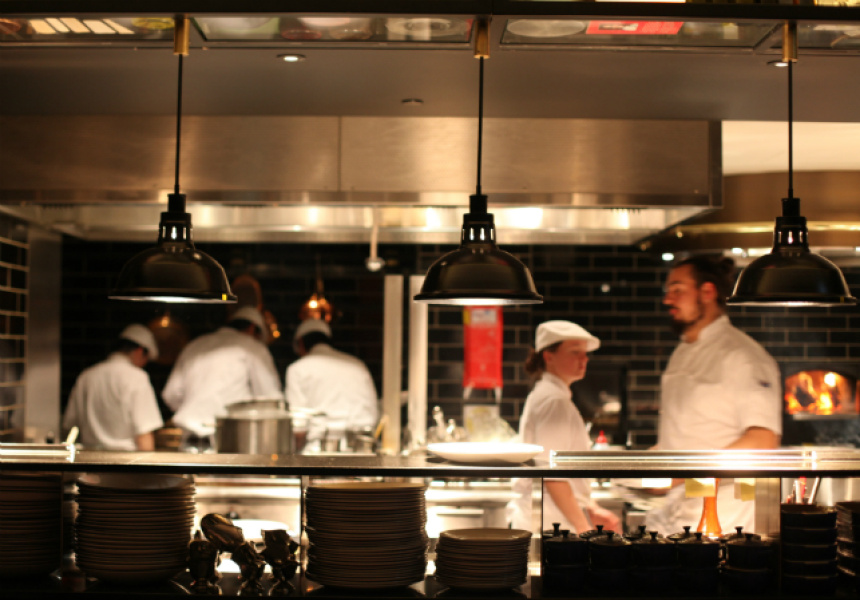 Opening today, the much-anticipated QT Sydney is not just a place for weary visitors to rest their heads. The new designer boutique hotel ushers in three fresh CBD hotspots in the form of a cafe, restaurant and bar. Overseeing the culinary side of things is creative food director, Robert Marchetti. It’s the first time Marchetti, a member of the renowned restauranteur team behind North Bondi Italian and GAS in Melbourne, has taken on such a project (although not the first time he’s been asked). We get an overview of what he’s doing at QT.

MP: What does the role of creative food director entail?
RM: The executive team in charge of the kitchen reports to me directly. I recruit them and write the entire menu for the whole hotel – Parlour Lane Roasters cafe, Gowings Bar & Grill restaurant and Gilt Lounge, which is a late night bar. I work really closely with Ian Cook from Five Ways Cellars who’s writing all the wine lists and I work on theming, so my DNA’s on a lot of things.

The role is a departure for you…
It’s a bit of a step away, but in a way it’s not because I’m treating it like one of my own restaurants. That was the key. I’m not one to put my name to a menu and then find out I’m not overseeing quality control. I’ve seen chefs put their name to just about anything from cat food to frisbees. Without quality control you’re just another name attached to another product.

How do you avoid that?
All my suppliers come with me wherever I go. That’s the secret to consistency. It’s great to have restaurants that are hot one minute and cold the next but I’d rather have consistently good. I’ve got an established relationship of over 15 years with three of them. Why start again, you know what I mean?

Tell us about Gowings Bar & Grill…
It’s essentially a third millennium brasserie, a really everyday place with great seasonal produce, classic dishes with a contemporary view on them – no foams and oils and smears, which is not my signature anyway. The idea of the menu was to have a nice seafood accent. We’ve got a massive tuna hanging on the tuna rail that we fillet as we need it for tartare or tuna steaks.

What else is on the menu?
‘Three Birds in the Wood’ is three wood-fired oven dishes: fish steaks and beefsteaks in the grill. There are a couple of classics like wienerschnitzel and beef bourguignon the classic way. There’s a section dedicated to main salads. Why can’t we have a main course that’s a salad? Why can’t it be yummy and fresh, not wilted leaves and a bad dressing? A good 40 per cent of the classic dishes will never leave the menu and seasonality will dictate the remainder.

And Breakfast?
We’re doing a full breakfast menu – there’s no buffet. Everyone kept saying to me that there are no power breakfast places in the city. Cafes are doing far better quality than most hotels when it comes to breakfast.

There’s a focus on wood-fired techniques…
It’s about flavour. I’ve never cooked with a lot of butter or cream or fat or anything like that. A beautiful whole flounder in its jacket cooked out of a wood-fired oven for lunch with shoestring fries and beautiful fresh salad – who doesn’t want that?

What can people expect from Parlour Lane Roasters?
It’s a contemporary European cafe that evolves through the day organically. In the morning, you’ve got classic pastries, spelt toast, granola, gravalax tartare with a boiled egg, duck egg custard tarts, pain au chocolat and a beautiful melt. At lunchtime it evolves into pizza focaccia, which is really light and some wet dishes as well. During aperitivo hour, we put up free hot focaccia with green olives and sea salt and you can have whatever is on the special, little marinated artichokes, anchovies, fresh salumi off the slicer.

And Gilt lounge?
The idea is a really relaxed, sexy bar upstairs. You’ve got views of the city, music playing, a mixologist, some incredible bar food – sexy little sliders, prawn and lobster roll, a little fish finger roll… You can get an andouille in a hot dog, but really beautiful and elegant. It’s not the usual doof-doof bar, it’s lounge-y.

Why take on the QT project?
David [Seargeant, managing director] pushed me quite hard to say yes. He’s been eating in my restaurants forever so we’ve got a really great relationship. We had the same vision for quality, no expense spared.

No expense spared?
One hundred percent. He didn’t compromise on anything. He’s been adamant that he wants the best of the best. A lot of people say that. Not a lot of people do that. 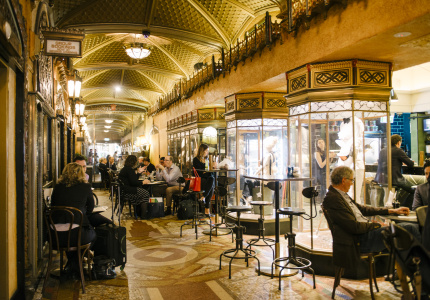 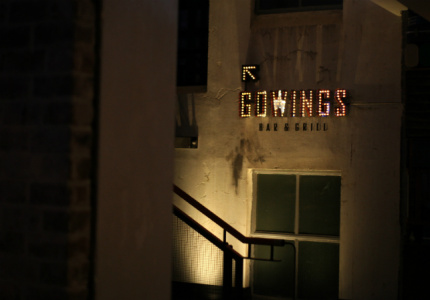