After successful beginnings in Melbourne, the Pizza Festival arrives in Sydney. 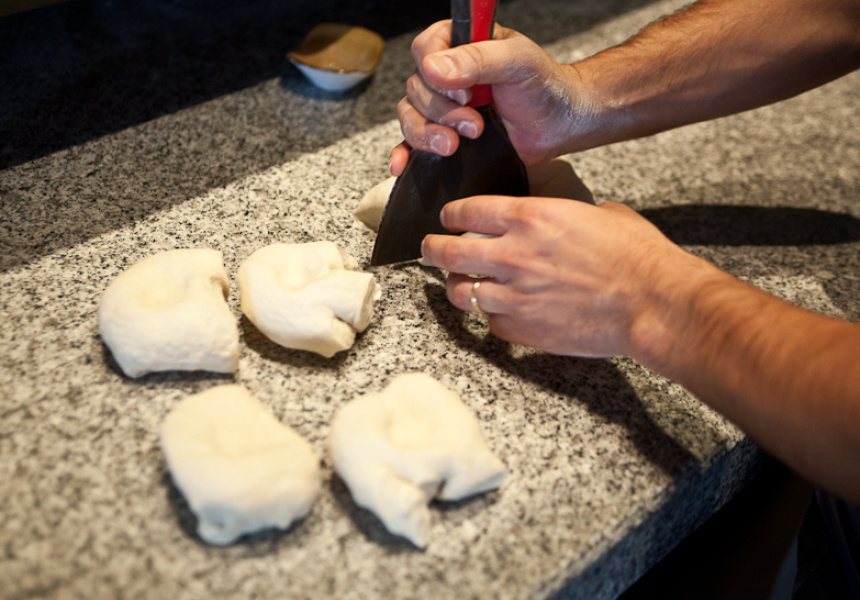 After a hugely popular first year in Melbourne, the pizza festival is back for the second year running, but this time it’s also coming to Sydney.

The brainchild of Italian Matteo Rubbettino, it’s a chance to get around to some of Sydney’s most authentic pizzerias and to sample and learn a little more about your pizza.

“There was a lot of confusion about the different styles and the authentic Italian pizza,” says Rubbettino. “People expect the same kind of pizza from one place to another and that’s just impossible.”

For Rubbettino, local variation was a given part of his Italian upbringing, but there was still an overreaching sensibility and authenticity that bound everything together – something he felt Australians were yet to be exposed to.

“I’m from Calabria, next to Sicily,” he says. “I came to Australia three years ago after getting my diploma in Italy. I started working with SBS and from that experience the idea for the festival came. I was in the recipe program and I couldn’t do a segment just about pizza because it’s impossible to pick just one chef,” he laughs.

Rubbettino’s answer was to create a list of the best of Melbourne and Sydney’s pizzas and pizzaiolo for a festival that encourages participants to learn a little more about the pizzas that they love.

Styles to watch out for include: Pizza Napoletana, with a fluffy and crisp one-centimetre high edge; Pizza Romana, with a low, crisp edge; and Pizza Italiana, which is in between the two. Each pizzeria taking part in the festival serving the Napoletana style is accredited by the Associazione Verace Pizza Napoletana (AVPN), the internationally recognised body dedicated to preserving the traditional Neapolitan style. But the pizzerias also have their own unique techniques and influencing factors (think water, flour, oven temperature and topping choices) that set their pizzas apart and create subtle differences, while still honouring tradition.

With the festival starting this weekend, check the list of Sydney pizzerias taking part in the event, with each of the 13 participating restaurants offering $20 tastes of their specialty pizza style. The ticket price also includes a wine or beer, along with a little bit of insight into what makes their pizza unique.

You can also buy $50 tickets that encourage you to try out three places during the festival for a cross-section of authentic Italian pizza in Sydney – because according the Rubbettino, the only way to become an expert in pizza is to eat a lot of it. Dig in!