The perennial pop-up duo’s next project is revealed. 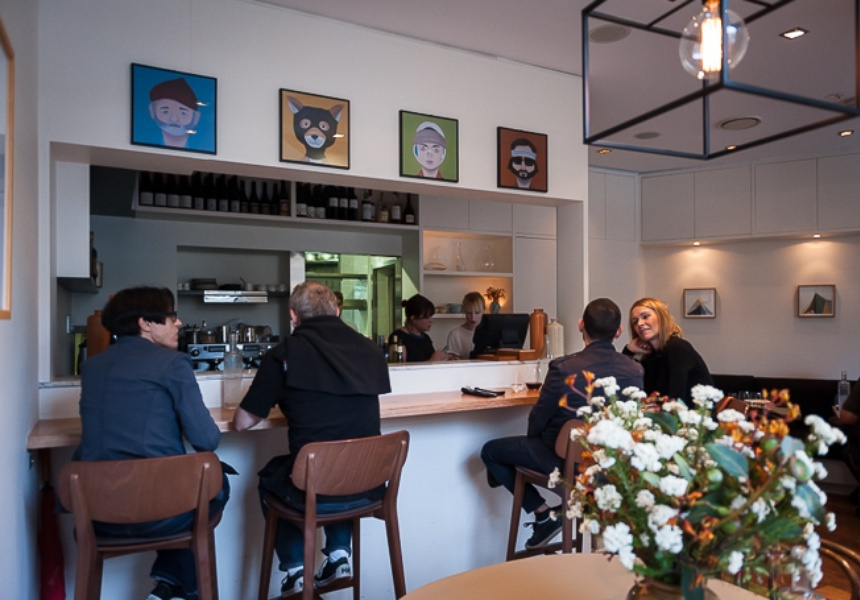 After more than a year’s hiatus and a few assorted kitchen cameos, the trio behind Pinbone returns with a brand-new dining venture. Good Luck Pinbone, opening for nine months, will be a little more lo-fi than the original Pinbone home on Jersey Road, but equally inventive and produce-driven. And as the name subtly hints, the menu will be modern Chinese, influenced by chefs Mike Eggert and Jemma Whiteman’s time at Billy Kwong.

The team, which also includes restaurant manager Berri Eggert, has been busy developing a new concept since closing the Woollahra site in August last year. “We had different sorts of models that we’d been thinking about, and we were kind of just waiting to see what sites popped up,” says Mike.

As luck would have it, an abandoned Japanese takeaway on Anzac Parade in Kensington surfaced. “It had the right equipment, and it was getting knocked down in 12 months. So we thought this was the perfect opportunity to come in and have some fun,” Eggert says.

The menu will be mostly wok-style cooking, “dictated by daily visits to the fish and veg markets”. Dishes include a smoked lardo (a type of salumi) and garlic-stem fried rice; a wok-fried omelet with prawn and fermented shallots; and stir-fried winter melon in aged beef fat served with chilli sauce. There’ll also be some hand-rolled noodles – skills the chefs finessed during their stint in the kitchen at 10 William St earlier this year.

The restaurant is BYO only,– the vibe will be like you’ve dropped into the home of a good friend (one that happens to have worked in some of the city’s best kitchens).

As for whether there will be any bacon maple tarts as per the old-school Pinbone brunch, Eggert says it’s pretty unlikely for now. “We literally have zero equipment in the kitchen, everything is done with your knife and with your hands. There’s no blender, there’s no Thermomixers, and no oven!” So while pastry is off the cards, Eggert is still open to a little experimentation. “Unless I could figure out a way to do a bacon maple steam bun ... I’ll give it a try and see how it works!”

“We are looking every day for a cafe site – so eventually the Pinbone brunch will come back – but until we find the perfect site we’re just going to be doing this sort of stuff,” says Eggert. “Good Luck Pinbone is just a really fun venture, and we’ll just be doing things we’ve never really got to do before.”