Pick Up Neapolitan-Style Woodfired Pizzas From This Stanmore Backyard Venture

It’s a one-person outfit pumping out just 50 at a time – and they sell out fast. 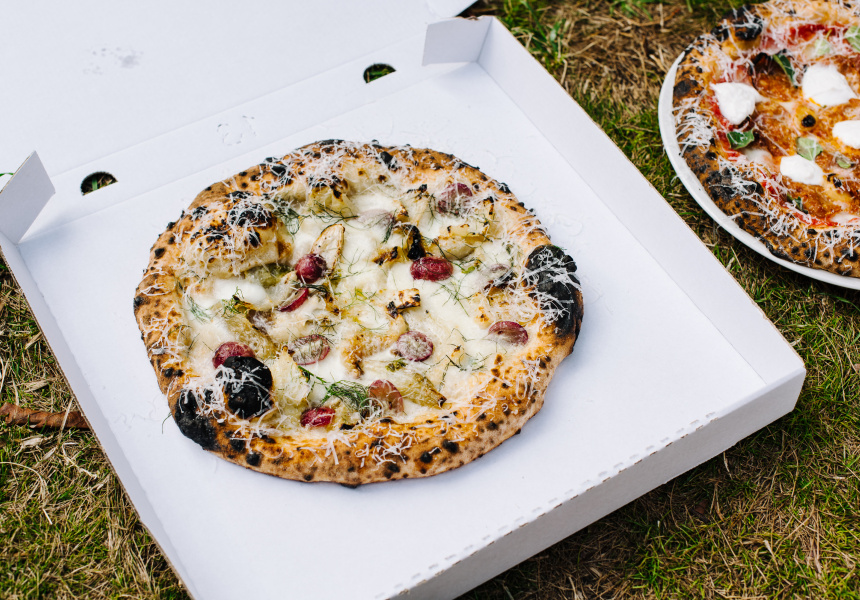 During the week, Emlyn Bilbie is a full-time uni student studying computer science while also working in the kitchen at Stanmore’s Brighter Coffee. But when that wasn’t enough to keep him occupied during lockdown, Bilbie decided to pick up a new hobby: pizza making.

“At the beginning of lockdown, I bought a Gozney Roccbox [portable pizza oven] and began experimenting. I was hooked from there,” Bilbie tells Broadsheet. “With not a lot else to do during lockdown, I was making pizza three or four times a day.”

His approach to it all has been “very hobbyist”, Bilbie admits. “I’ve been taking notes and changing the percentages of what flours to use, different amounts of yeast, fermentation times, different methods, noting down the results, and using my roommates to test the pizzas.”

While the pizzas were initially made to feed his roommates, word soon got out to Bilbie’s wider social circle and customers at Brighter. The orders started flowing in.

“I started off with making 12 the first time, and at my last pop-up I made 36 pizzas. But I think 50 would be my one-person limit.”

All the pizza dough is made three days in advance and rolled out by hand. Bilbie said he even bought another fridge to keep up with the growing demand.

Specials – such as roasted asparagus with dill and capers, and cavolo nero, confit garlic and chilli cream – are also shared on Bilbie’s dedicated Instagram pizza account @pizza_lorrd each week.

“I’ll make maybe five different new creations in the middle of the week, test them on my roommates and decide on a special,” he says.

While Bilbie continues to juggle work and study, he’s only taking orders once a week, mainly on the weekends for now. He announces their availability for pre-order on Instagram. His advice is to get in quick: “I’ve been selling out within, like, two to three hours of posting that I’m taking pre-orders.”

Ideally, Bilbie wants to be dishing out pizzas more regularly to paying customers – on multiple days rather than just the odd weekend. “I think the dream would be to have a venue of some kind with live music, food and drinks – and obviously my pizzas.”

Bilbie's backyard pizzas will be available periodically over summer. He's also now doing larger pop-ups at venues such as Deus Cafe. Keep an eye on his Instagram for announcements. 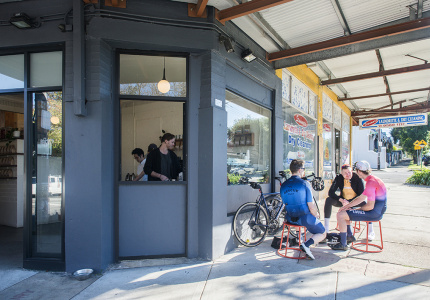