Fish Butchery is out to change how you think about sustainable Australian seafood – and it’s now delivering right to your front door. In partnership with Providoor, here are the highlights of Fish Butchery’s finish-at-home offerings. 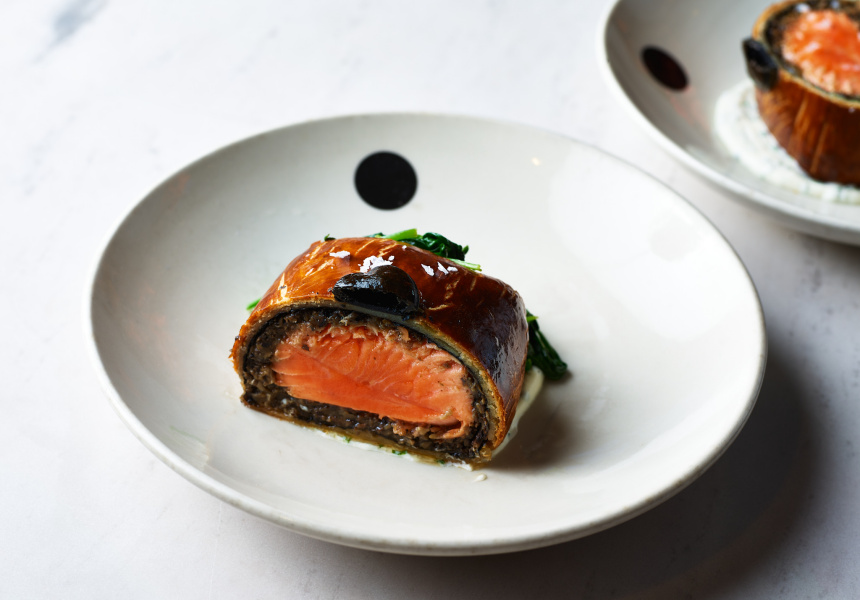 It’s a well-known fact that Josh Niland thinks about fish a little differently. Since he opened his restaurant Saint Peter in 2016, the Sydney chef has been working hard to bring new ways of cooking and eating seafood to the public. The opening of his retail space Fish Butchery was a big step in that direction, followed by the release of his much-anticipated second cookbook.

Working directly with Aussie fish suppliers, Niland is known for keeping his products away from water at every step of the process, which ensures a longer shelf life. He brings a similar level of quality control to how the fish is scaled, cleaned, stored and cooled, right down to preserving the often-discarded offal, for a separate menu item.

Now Niland is delivering some of his best work right to your door. Fish Butchery has joined the list of offerings on Providoor, the finish-at-home ordering platform for Australia’s premier restaurants. And just like the bricks-and-mortar Fish Butchery locations in Paddington and Waterloo, you’ve got a whole range of delicious, sustainable options to choose from – including fresh fish, sausages, charcuterie and pantry items as well as set menu boxes.

The centrepiece here is Niland’s signature salmon wellington for two, a deconstructed take on the classic fish pastry. Flanking fresh Mt Cook alpine salmon with mushroom and nori, the dish also includes a crème fraîche and chive sauce, spinach cooked with anchovy garlic and lemon oil, and a side of Dutch cream potato puree.

Also on the share front, the fish taco has been levelled up with the al pastor fish taco box for two. It’s a build-your-own banquet that surrounds marinated Australian fish skewers with an array of corn tortillas, smoked adobo beans, whole avocado and lime and barbeque pineapple. And if you’re planning on feeding a few friends, upgrade to double-decker yellowfin tuna burgers – complete with soft Martin's potato rolls and smoked Murray cod bacon, plus twice-cooked chips and a cabbage, hazelnut and currant coleslaw on the side.

There’s also fresh Australian salmon, Murray cod or an 800-gram combination of the two, on offer. If you’d rather think a bit outside the box – and perhaps closer to the barbeque – opt for some fish sausages, made with Aquna Murray cod, Mt Cook alpine salmon, onion and fresh herbs. Or grab some spicy chorizo, which also features Mooloolaba yellowfin tuna in the mix.

And if fish sausage seems like a novelty, definitely try the Murray cod bacon, which allows pescatarians to savour the cured and smoked flavours of pork bacon. There’s even pastrami made with cold-smoked, pepper-crusted alpine salmon, if you want something long-lasting for a future indulgence.

The delivery window extends from Thursday to Sunday for metropolitan Sydney, with more selective delivery to Wollongong, Newcastle, the Blue Mountains, the Central Coast and even metropolitan Canberra.