The Perfect Steak (and Why Medium-Rare Is Best)

Joel Wootten, head chef of The Cut Bar and Grill, knows the secret to the perfect steak. In partnership with Rockpool Dining Group, we find out what myth to ignore and a kitchen gadget you need. 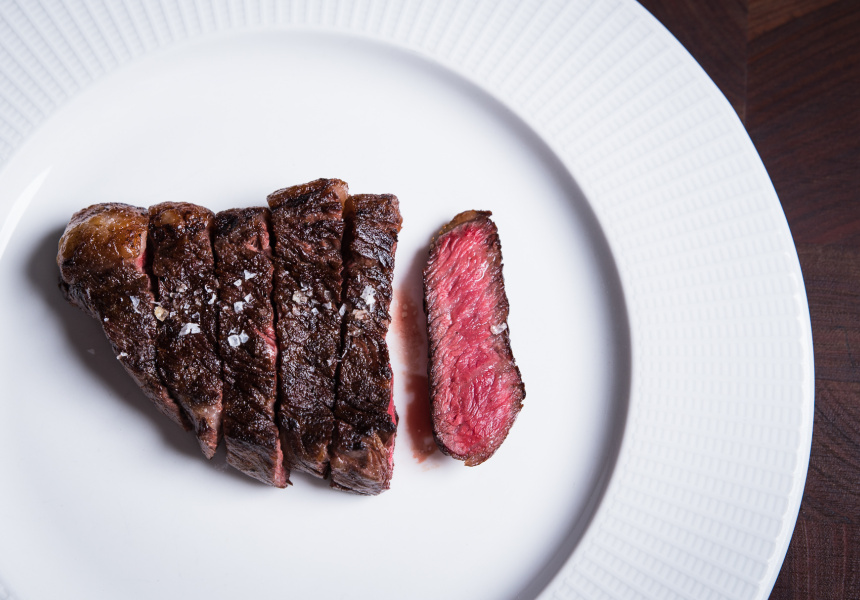 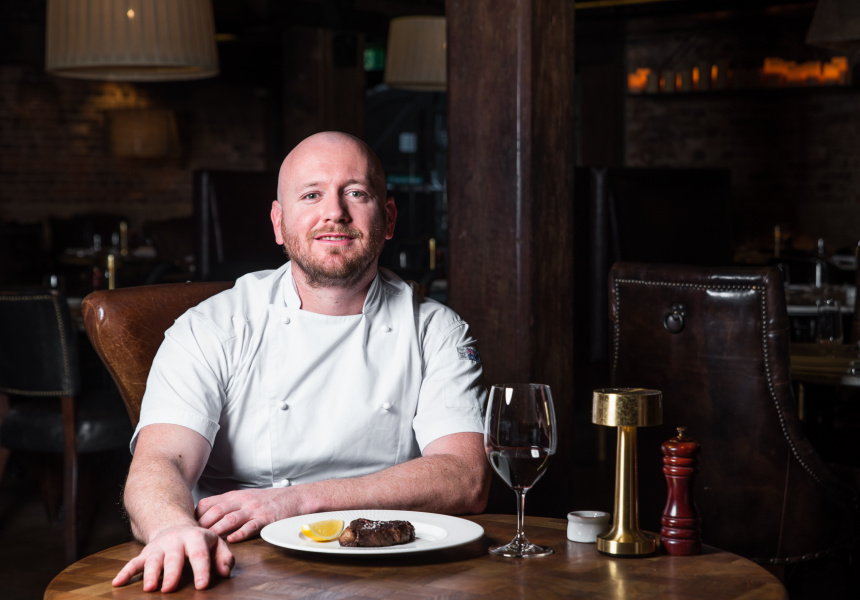 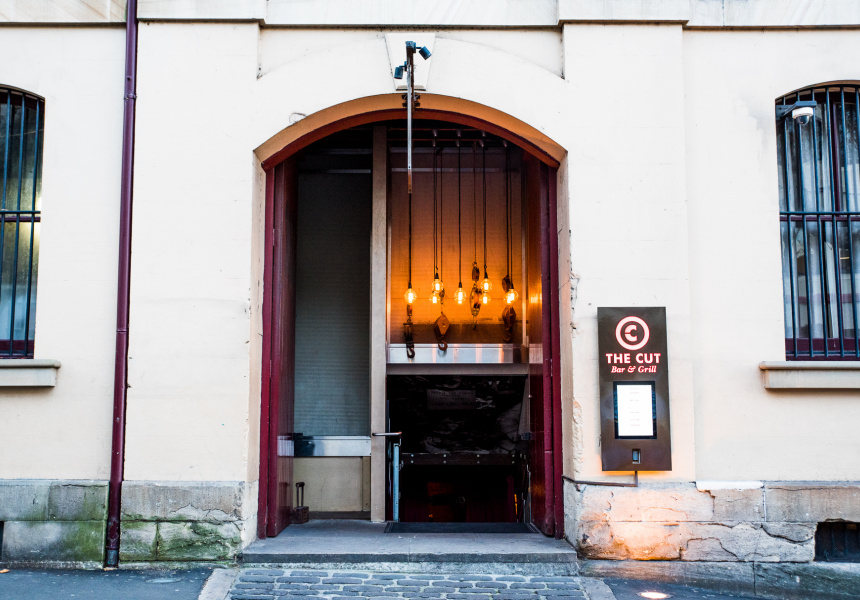 If you’ve ever wondered how chef’s believe it’s best to consume your steak, the answer is simple: medium-rare.

“Ninety per cent of cuts are better at medium-rare,” says Joel Wootten, head chef of Rockpool’s New York-style steak restaurant, The Cut Bar and Grill. “It means you’re able to get a nice crust on the outside and retain all the moisture.”

Some cuts, such as skirt or rump, may suit a slightly longer cooking time, but Wootten never recommends cooking a steak past medium.

“Chefs aren’t snobs when they say don’t have it medium-well or well-done,” he says. “They’re always happy to do it how a customer asks. But it’s a shame to see a piece of meat cooked beyond where any characteristics, depth of flavour, or moisture disappears.”

Don’t rely on the touch test
One well-known test to measure a steak’s “doneness” is by touch, comparing its firmness to the fleshy part of your thumb.

It can be effective but Wootten says there are too many variables at play for it to be consistent. The same cut might respond to cooking differently from day to day, depending on variables such as the age of an animal and when it was slaughtered.

Very fresh meat is not tender – it needs to be hung for a certain period of time. “Something that has had time hanging in a meat fridge loosens up and becomes more relaxed,” he says. “Supermarket meat might be fresher than you expect, and those steaks are going to feel a lot firmer than something that’s been aged well by a good butcher.”

One method you can rely on
Years of experience allows an expert such as Wootten to discern the difference between a medium-rare steak and one that’s medium-well done, simply by sight and touch. For the rest of us, he recommends a more scientific method: a meat thermometer. The inexpensive piece of kitchen kit takes the mystery out of the process, says Wootten. “It’s foolproof.” 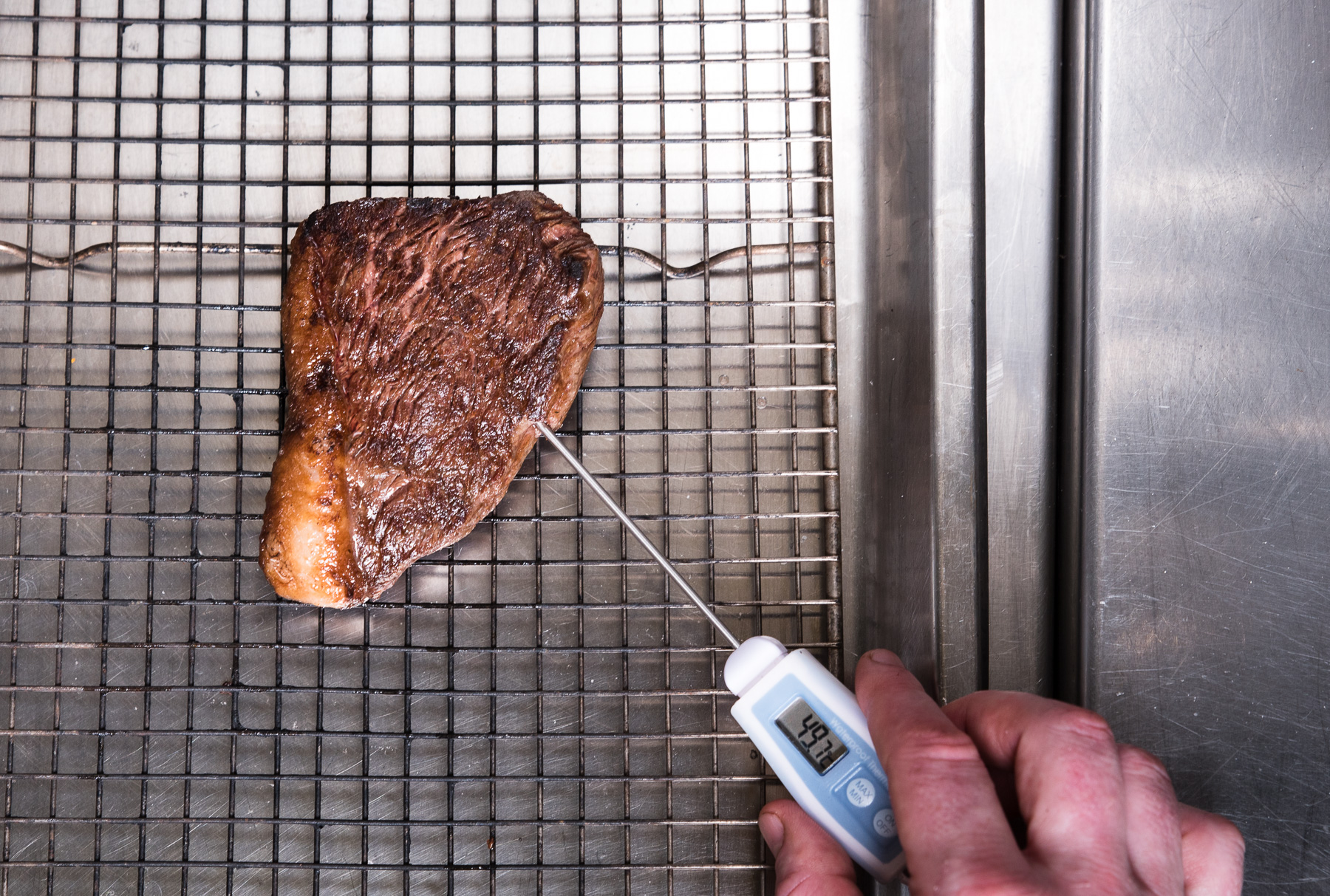 How to cook the perfect steak at home
“First, you have to start with a beautiful piece of meat,” says Wootten. “That’s the most important thing. Identify what cut you like and talk to the butcher.” A personal favourite of Wootten’s is a rib eye on the bone.

Second, choose a piece of meat that is nicely marbled and has a bright pink-maroon hue. A grey tinge means the meat is oxidising. “If it looks fresh, it is,” says Wootten.

Grass or grain?
One decision you’ll have to make is grass- or grain-fed. Each has its merits. Grass-fed beef comes from a free-range animal that has spent its entire life grazing in paddocks. Grass-fed is often the preference of anyone concerned about animal welfare, but grain-fed beef can be ethical when cattle are raised on grass and finished on grain in pens where they have plenty of room to move.

Temperature
Make sure your steak is room temperature and your pan or grill is hot. “Add a good pinch of sea salt and a little bit of olive oil rubbed on both sides,” says Wootten. Cook to you desired doneness with the help of a thermometer before resting the meat – an important final step. “The rule of thumb is always rest as least as long as you cooked the steak,” he says.

Stovetop or barbeque?
Wootten is an ardent fan of the barbeque, which, he is careful to clarify, means cooking over charcoal or wood. “That’s how we cook at The Cut – straight over charcoal,” he says.

In Australia, we tend to call a gas cooker in the backyard a barbeque – but on this point we’re wrong, says Wootten. “If you have a really good cast-iron pan in your house, you might as well use that,” he says. “On a gas grill you get some bar marks but you’re not imparting any character or flavour. If you’re not cooking with charcoal or wood, I don’t call it a barbeque.”

This article is produced by Broadsheet in partnership with Rockpool Dining Group.