Turkish food fused with Mexican makes for an interesting menu and a convivial vibe at Pazar Collective. 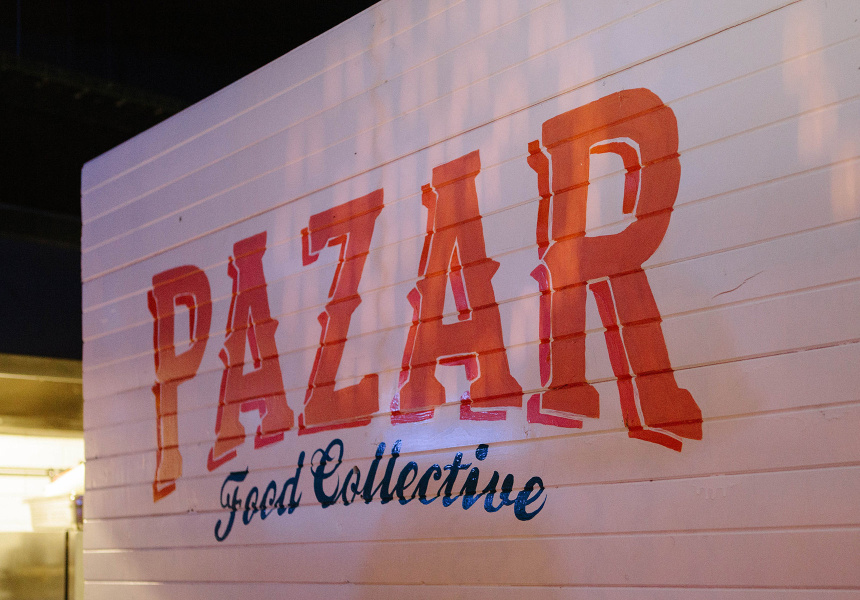 The menu at Pazar Collective, which opened in Canterbury earlier this year, has Turkish and Mexican characteristics – but don’t call it Turk-Mex – it’s not just two cuisines mindlessly fused. Pazar (marketplace in Turkish) is designed to represent just that – the experience of eating at a market where you might taste a few cheeses first, eat a kebab or a plate of tacos, have churros for dessert and take an interesting-looking hot sauce home.

For the chef Attila Yilmaz, who was behind La Lupita and still operates the Al Carbón food truck, it's a different walk of life to his former career - he was once a police officer who was injured in the line of duty during one of Sydney's most notorious cases, so he decided to pursue his love of food. With Pazar Food Collective, he wanted to re-create the food of his travels: Mexico, the Middle East and the Mediterranean. “I saw a lot of similarities between my Turkish heritage and Mexican cuisine. They both use a lot of cumin, also chillies in various forms,” Yilmaz says. “In the mid-to-late 19th century there was a wave of migrants from the Middle East to Mexico, which had an influence on the food.”

The space has a relaxed, cantina feel, with a kiosk set up as the bar, yum-cha style order slips and a photograph of the Day of the Virgin of Guadalupe taking up most of one wall. The crisp salads and smoky, slow-cooked meats of both cuisines marry well. Pastirma (air-dried cured beef) is given a tangy bite with Mexican pickles. Stringy Mexican oaxacan cheese stretches from pides as you bite into them. Chilli prawns are another, fresh-flavoured pide filling.

“I want it to be a collective of ideas from the people that work with me, from their travels and inspiration, too,” Yilmaz says. He will bring in different chefs to do special dinners and will hold a regional night with food from Bursa, his father’s hometown. The Al Carbón truck will pop-up from time to time, too.