Woodfire sourdough, artisan goods, and old-school cakes and sweets – with a little help from the Mary’s crew. 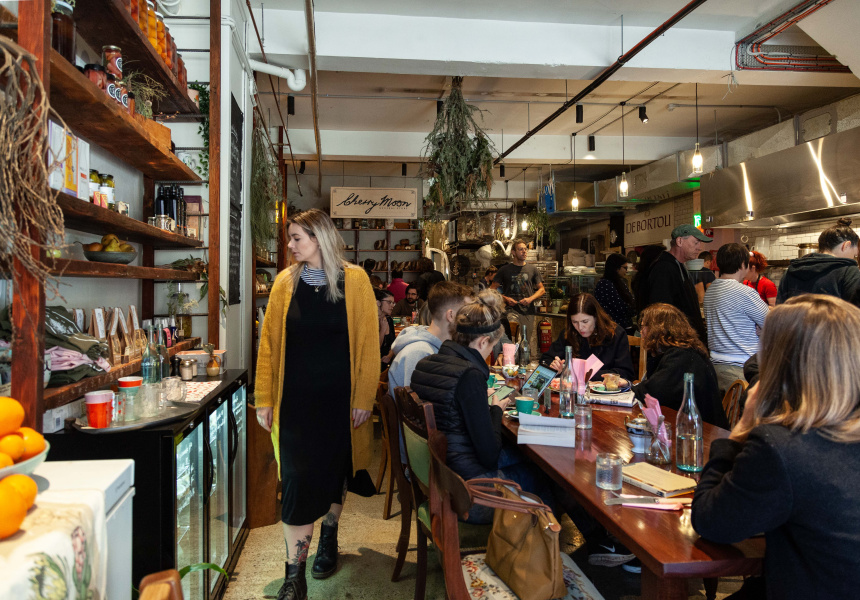 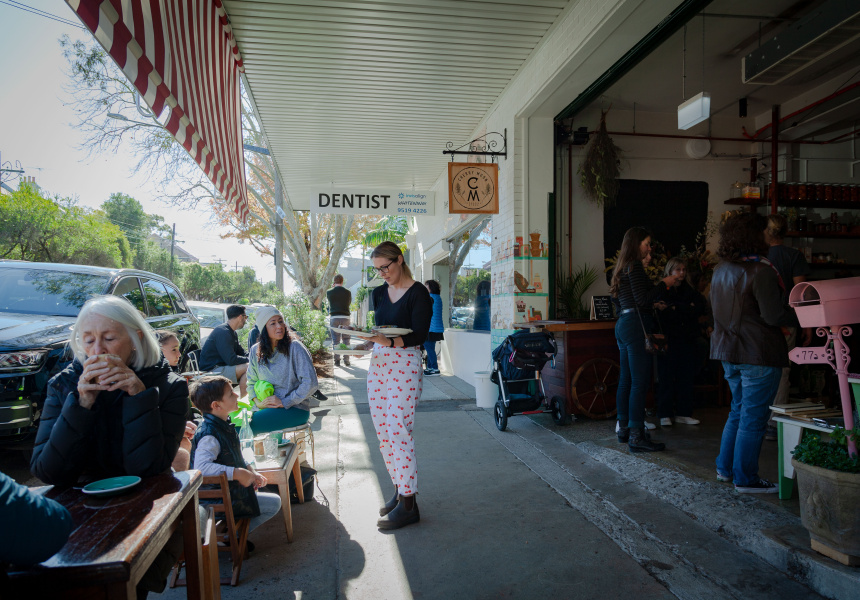 There’s a lot going on at Annandale’s Cherry Moon General Store. The quant inner-west venue is a cafe, a woodfired bakery and a grocer, and is the creation of pastry chef (ex-Rockpool and Tetsuya) and woodfired aficionado Kimmy Gastmeier, and former schoolteacher Aimee Graham.

Inside, next to two long communal tables, is a boutique grocer, a large kitchen and, behind it all, a custom-built woodfired oven. The oven is the centre of the operation. “The [oven] facade is from an 1869 bakery in Ballarat, taken and restored from a destruction site,” says Gastmeier. “It took us six months to put it together.”

It produces the char and depth of flavour in the organic stone-ground flour sourdough – the signature loaf is a fig-leaf sourdough, all of the crunch and blistered custard in the lavender Portuguese tarts, and all of the rolls and focaccias. Almost all the grocery goods are made in the kitchen, including the butter, creme fraiche, ricotta, tea blends, ferments, gelato and even magnesium oil. What isn’t made at Cherry Moon comes from the seemingly enormous Cherry Moon family who’ve also helped put the venue together. “So many people have contributed. People have been so generous with their time,” says Graham.

Graham and Gastmeier are clearly thankful for them; they make particular mention of Jake Smyth, Kenny Graham (Aimee’s husband) and the Mary’s team (Mary’s Newtown, CBD Mary’s takeaway, The Unicorn, The Lansdowne, Mary’s Underground, Mary’s Circular Quay), who’ve supported their every move, as well as Leyla Muratovic, the designer who helped turn an industrial shell into a beautiful but understated space.

Gastmeier’s dream for years was to run her own woodfired kitchen. “I found my love for bread-making at Kitchen by Mike; since then I've tried to bake in as many woodfired ovens as I could.”

She trained at Surry Hills’ Nomad and worked at markets and pop-ups in the Blue Mountains, but almost gave it all up. “I was ready to surrender everything,” she says. “I had persevered and persevered but nothing in the mountains seemed to be working. I had given away all my possession besides for the [baking] bric-a-brac.”

That’s when Graham called – she had found a space in Annandale and, after some work, they opened Cherry Moon. “A lot of people have been saying it reminds them of somewhere they used to go as a kid, or their grandmother had this thing in her house. There's a lot of nostalgia and that's what we're inspired by – going back to how things used to be,” says Graham.

This article first appeared on Broadsheet on July 15, 2019. Menu items may have changed since publication. 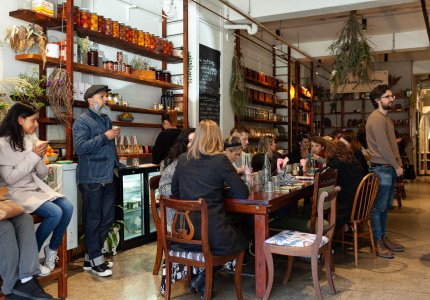