Finding a park that’s both idyllic and big enough for social distancing is tricky, but this list should do the trick. Unfurl a rug under an avenue of paperbarks, lie on a verdant stretch of grass beneath the Harbour Bridge, or dine under a majestic fig tree by the water. 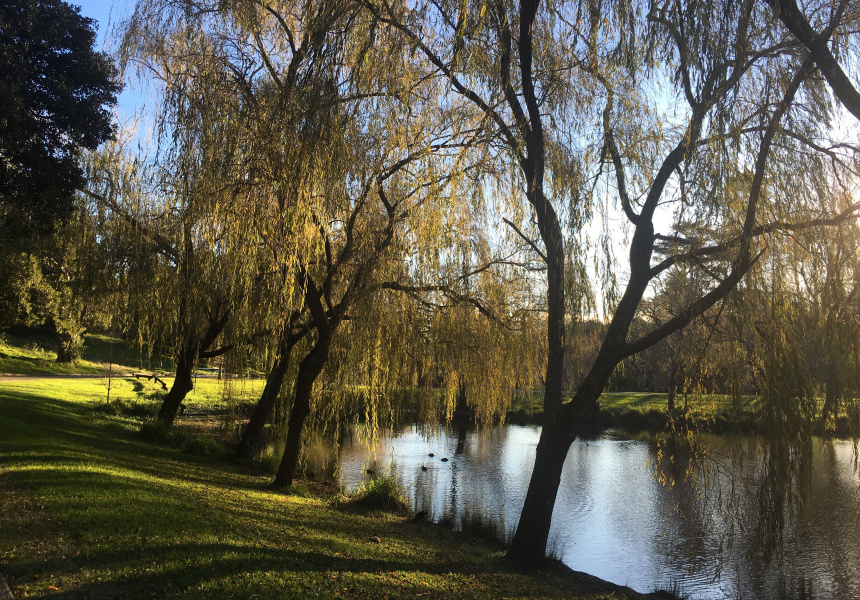 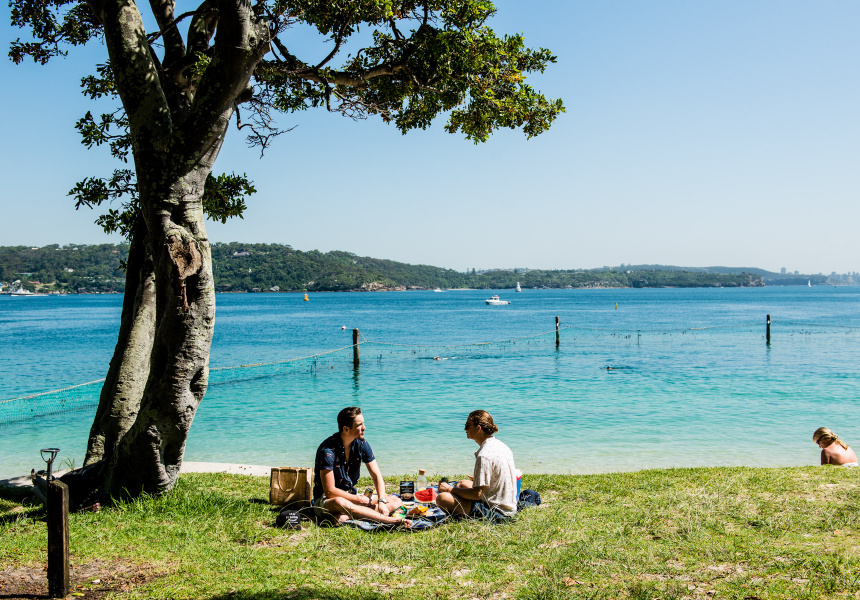 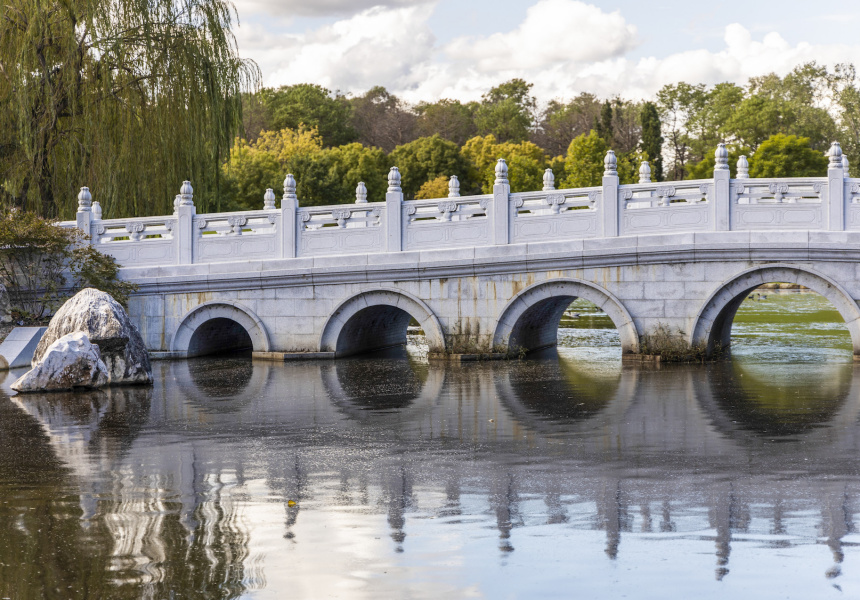 As the lockdown restrictions are (cautiously) eased, Sydneysiders are beginning to catch the first whiffs of freedom. A picnic is an ideal way to safely meet up with family and close mates, but it’s important to keep your distance from other groups and parkgoers, so you’ll you need space – lots of space. We’ve rounded up some of the best spots for picnicking in Sydney, spanning the north, south, east and west of the city. Choose a park within your five kilometres (and in the same LGA), hit up your favourite provedore, grab a blanket and the four people you’ve missed the most, and head to one of these green spots.

Centennial Park, Woollahra
Yes, it’s an obvious choice, but with an abundance of open spaces for dogs, kids and ball sports as well as cosy nooks for lounging, it rates high on our list. Even though this huge park – with plenty of sports fields, barbeque areas and playgrounds – is only a few kilometres from the CBD, you can still find spots that make you feel like you’re in the middle of nowhere. Plus you’ll see people on horseback, swans swooning beneath weeping willows, and turtles straining their little necks out of the ponds. One of our favourite spots is Paperbark Grove, an avenue of trees (frequented by lorikeets and honeyeaters) that was planted in 1899. It has a shaded barbeque area and grass for spreading out rugs. Also the Lachlan wetlands and swamp, which are much prettier than they sound. More info here.

Blackwattle Bay Park, Glebe
There are four parks that make up the Glebe foreshore green zone, and depending on where you stand, you can catch views of Sydney Harbour, the city skyline and Anzac Bridge. There’s a path that snakes along the shoreline from Glebe to Annandale too, which is good to know if you’re looking for a post-picnic walk. And dogs are allowed off-leash west of the canal too. We like to unfurl our rug on the grass either side of Cook Street because of the view of the city and bridge, but if you want to play it safe in a less populated park, neighbouring Bicentennial Park is your friend. More info here.

Bradfield Park, Kirribilli
A lazy couple of hours spent stretched out (literally) beneath the Harbour Bridge is something every Sydneysider should have tucked away in their leisure-time arsenal. Bradfield Park, situated directly below the north side of the bridge, is a verdant stretch of grass that slopes down to the water’s edge. The grassy expanse is punctuated by the bridge’s sandstone pillars, which double as excellent backrests. And because the park is on the northern side of the harbour, you’re treated to a less-well-known view of the Opera House. More info here.

Nielsen Park, Vaucluse
This good-looking park is not only home to Shark Bay, one of Sydney’s best-loved harbour beaches, it also has three large, sheltered picnic areas. It’s got old-school Australiana vibes – it’s the kind of place that makes you want to grab a spot under the shade of a majestic fig tree and sip on a Pimm’s. If the weather is in your favour you could have a swim, if not, the Hermitage Foreshore track, one of the eastern suburb’s most spectacular coastal walks (with views of Shark Island and the Harbour Bridge), starts here. Because it’s a national park, dogs aren’t allowed. More info here.

Lane Cove National Park, North Ryde
This sprawling park has a multitude of activities and countless excellent picnic spots. Tunks Hill is a great spot, and, with space for up to 300 people, you’ll be able to enjoy a day out while still maintaining safe social distancing. It’s on a hilltop on Riverside Drive, which affords some pretty sweet views of Chatswood’s skyline. It’s also surrounded by bushland, so there are bush turkeys kicking about in the leaves, vibrant lorikeets, and the odd kookaburra or wallaby. More info here.

Western Sydney Parklands
Australia’s biggest urban park is 14 times larger than the Royal Botanic Garden, the Domain, Centennial Park and Moore Park combined – and there are many picnicking options. For a quiet outing, Nurragingy Reserve is a serene spot, with manicured Chinese gardens, a stone bridge, a pavilion and a waterfall. Families should head straight to Bungarribee Park, a 200-hectare space with walking and cycling tracks; Sydney’s largest off-leash dog areas; and an off-the-hook playground complete with climbing tower, slides, a flying fox, swings and water-play equipment. More info here.

Darook Park, Cronulla
An abundance of shade, tranquil picnic areas and a protected beach make this gem one of southern Sydney’s best-kept secrets. It’s located between Darook Park Road and Nicholson Parade in Cronulla, and, because it’s one of Sydney’s few beaches with an elevated western aspect, its sunsets are particularly spectacular. The picnic area, with a wide view of Gunamatta Bay, is framed by bushland. Avid fishers should bring their rods – the rocks at either side of the beach area are good spots for flathead. Warning: if you dip your toes in the water, keep an eye out for stingrays. More info here.

Clarkes Point Reserve, Woolwich
This waterfront reserve, on the peninsula between Lane Cove and the Parramatta River, looks onto Cockatoo Island and has views stretching across the water to the city skyline and the Harbour Bridge. The remains of the old Woolwich ship building docks are here, as are many wartime artefacts, adding a dose of maritime history to your day out. The grassy expanse has lots of large trees, perfect for climbing and exploring; you can bring your dog; and there’s an excellent walking track along the foreshore. More info here.

Not sure what food to bring? We’ve rounded up seven picnic packs, hampers and spreads to try.